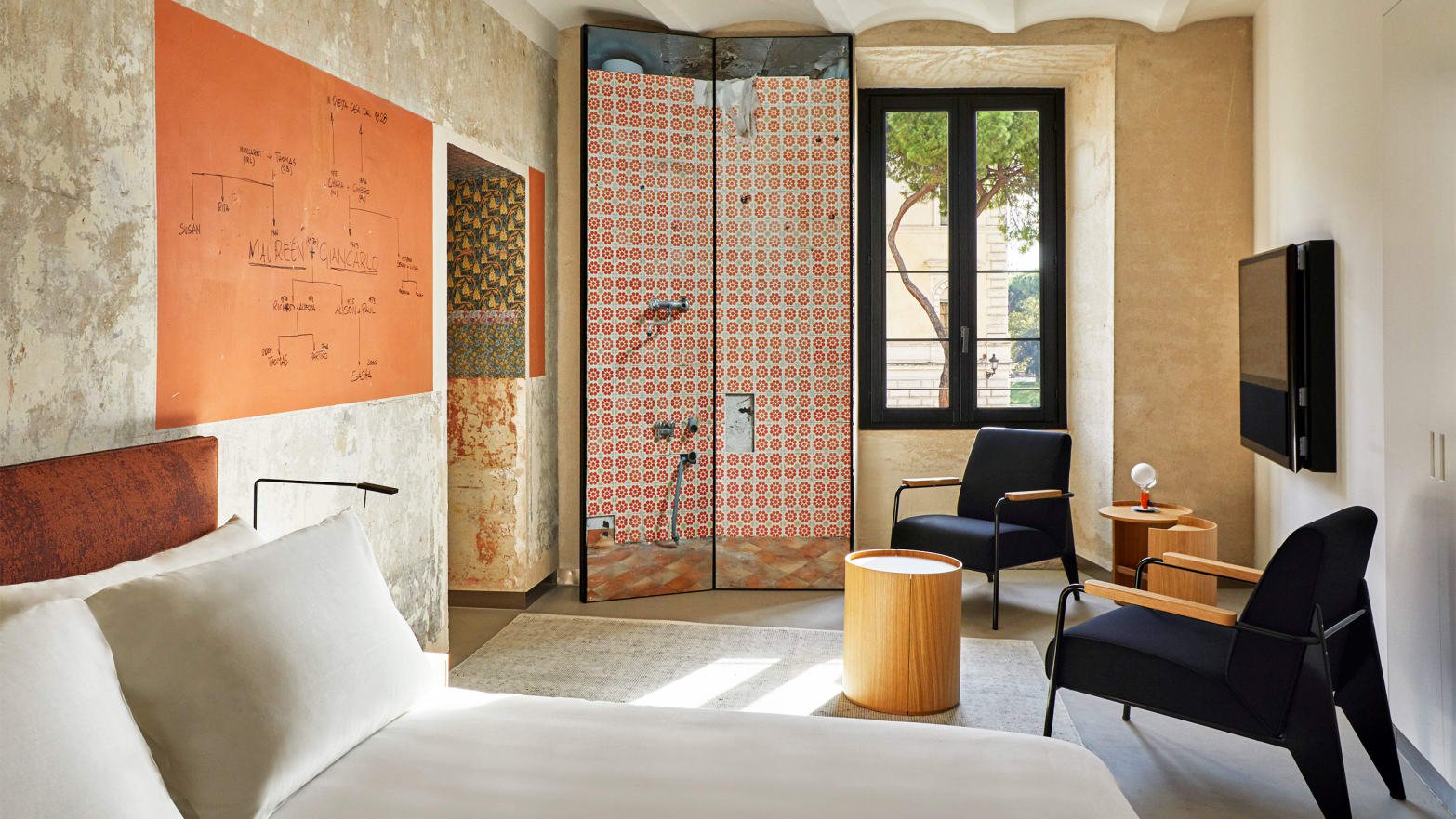 All roads lead to Rome and all of its splendor. Though much has remained the same in Rome, the city continues to grow and evolve with the time without foregoing its history. However, one of its notable sculptures, a rhinoceros, moved from its previous between the Circus Maximus and the Temple of Portunus to the entrance of the newly opened Fondazione Alda Fendi — Esperimenti in Monti.

Much of the remnants of the space, dating back to the days of ancient Rome, has been retained in the space and juxtaposed by modern elements to reference the city’s evolution. The top floors of the building house the gallery spaces and the restaurant, which comes from Paris and offers a Russian and Italian fusion menu by chef Giovanni Giammarino.

“Taking part of this extraordinary project with the creation of a mastermind like Jean Nouvel, with the artistic passion of the Fondazione Alda Fendi – Esperimenti and with the gastronomic excellence of Caviar Kaspia is definitely an honor,” said Sarasola. “I’m absolutely certain that entering the world of art, gastronomy and high-end hospitality will bring nothing but success to this marvelous experience.”

Sarasola added that the new space is a precursor to a bigger, upcoming project called “The Rooms of the World.”

Most, if not all, know that Rome is home to Fendi, but the opening of the Fondazione is a way for the luxury atelier to further stake its claim in the city. Some may draw similarities between the Fondazione Alda Fendi — Esperimenti, Fondazione Prada in Milan and Gucci Garden in Florence. Each landmark houses an art or gallery space, but that is all they share in common. Fondazione Alda Fendi differentiates itself with its 24 apartments that would be a dream to live in.