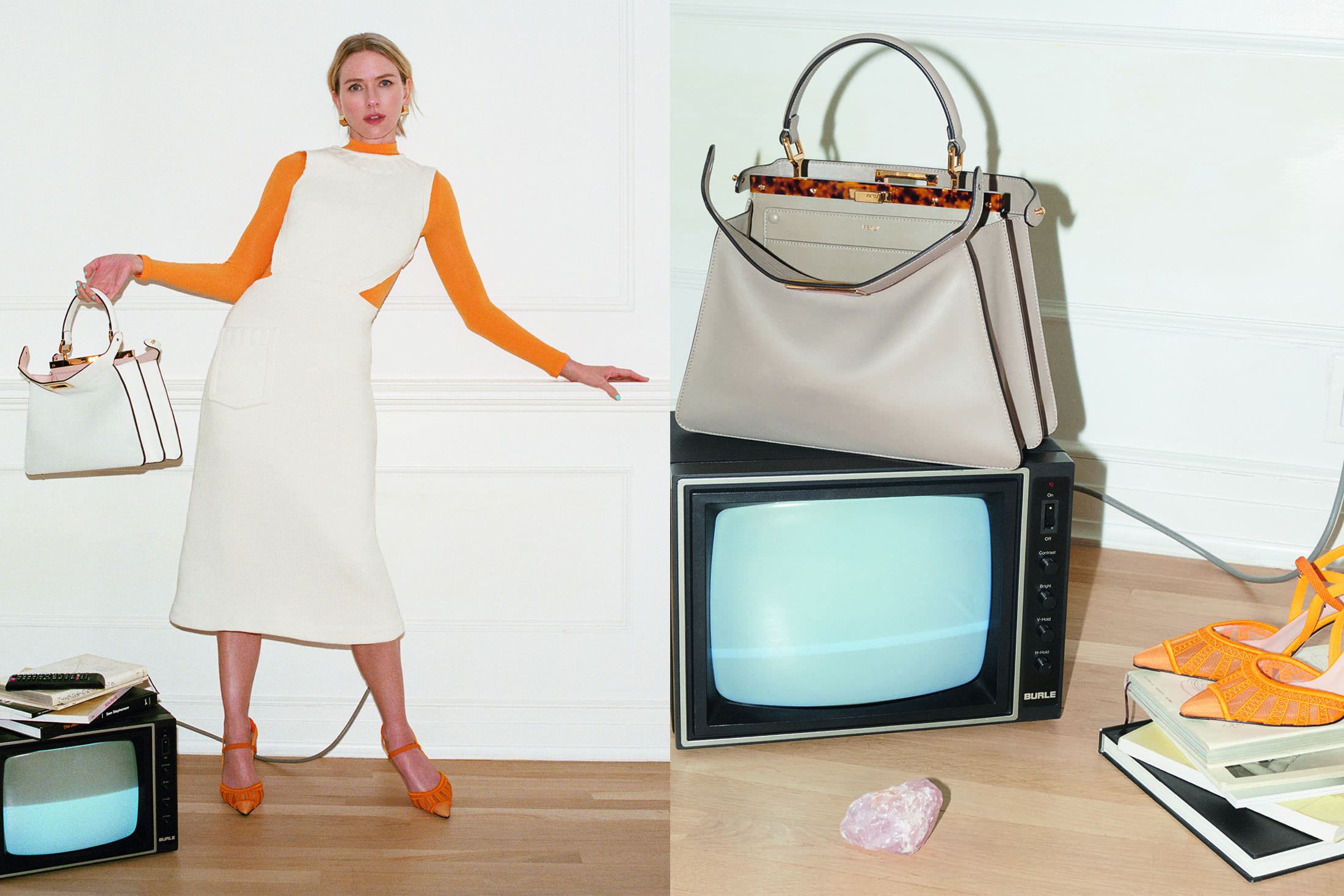 Naomi Watts unleashes her wild side in a playful and cathartic new campaign for Fendi. The Spring 2021 campaign, which highlights the house’s Peekaboo bag, was directed by Sophia Li with Director of Photography Isabella Tan and photographer Andy Harrington.

Given that the campaign coincides with the launch of Fendi’s new flagship boutique in Sydney, Australia, where Watts spent part of her childhood and began her acting career, the actor is a fitting star. The campaign gives us a fun glimpse into her everyday life during the lockdown.

The film begins with an average day for Watts inside her New York City apartment. As she grows more and more restless, her sense of calm becomes unstable until finally her pent-up energy is released in a joyous flurry of movement, dance, and primal screaming. The emotional shift is smartly anchored by the film’s soundtrack, which changes from ambient instrumentals to indie-electropop banger.

The campaign is a fun and thoughtful way to express the versatile nature of Watts’ co-star, the Peekaboo bag.

By playing with our expectations of both the sophisticated nature of Fendi and Watts’ mystique as an artist, it sends an uplifting message that emphasizes the importance of personal rediscovery and expression.