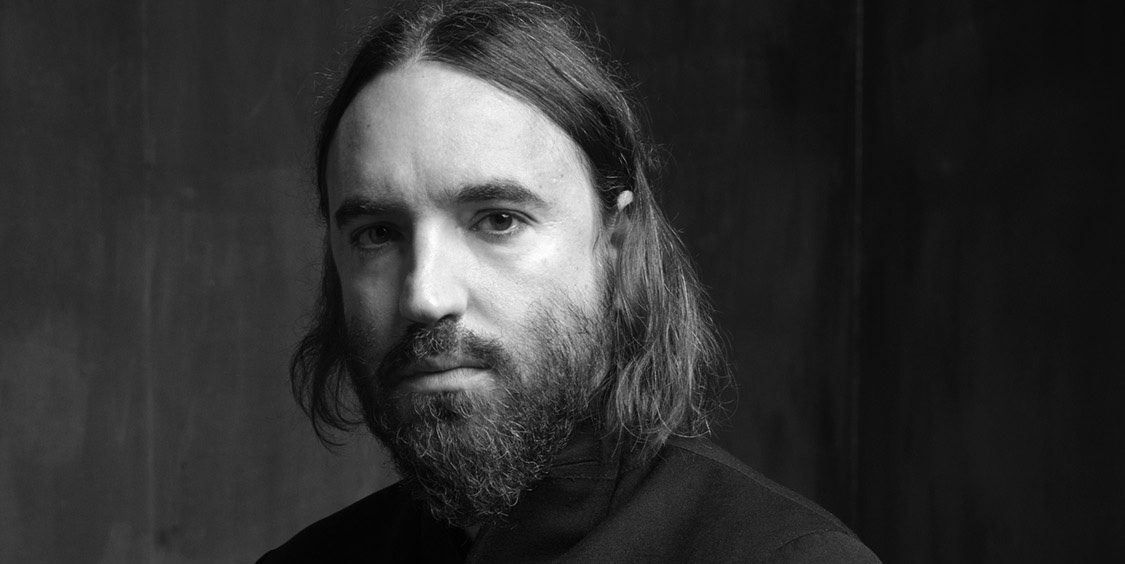 While many speak of disruption, very few manage to get outside the box to embrace the concept thoroughly. Ferdinando Verderi, has not only gone outside of the box, he has expanded the universe the box sits in, pushing the ideas of communication in a radius that has looped in cutting edge mega brands across the most diverse industries. While he is responsible for work that ranges from Adidas Originals to Google as a founding member of Johannes Leonardo, he is now also represented by Art Partner for his work in fashion: he is the mind behind the most recent Versace campaigns. We caught up with fashion’s creative philosopher, rule breaker, and punk futurist, to chat about shifting tides, what to stay focused on and the audience as the medium.

Kenneth Richard: Ferdinando, thanks for dropping by to catch-up and congrats on all that Versace goodness. How did you and the industry find each other?
Ferdinando Verderi: Hi, Kenneth, very nice to see you. I was born in Parma, Italy and did indeed stumble onto advertising, but I was deeply attracted by fashion since I was a kid. As for my studies, I am completely self-taught in everything I do today, but ironically, I spent a lot of time studying things that have nothing to do with it: I have a master degree in economics. If you want to find any relevant past connection to now, I guess we must go back to my teens. I studied at what in Italy you call, liceo classico which is a type of high school where you focus on philosophy, Ancient Greek, and Latin─ zero touch with reality. Yet, those things still resonate with me more vividly than anything I did later. The abstract nature of my thinking process reminds me of the approach I was asked to develop during those years.

Fast forward a bit, after years of observing fashion from the outside, I suddenly had the instinctive feeling that the industry was going through a phase in which the rarest thing was change, in form of ideas that would challenge the status quo of the industry itself. The context in which fashion had communicated for decades started to feel older by the day. Everything I had looked up as timeless began to feel less relevant to me. Yet, somehow, it was still considered untouchable. It was an “insider” business that really valued insider experience. I felt attracted by the idea of being part of a new generation that would defy the importance of being an insider. I decided to nourish my “outsiderness” and my lack of experience. I didn’t want to fold into doing things in a way they had been done before, nor could I have anyway. I had to turn my lack of formal background into a way of doing things differently.

Kenneth Richard: The difference has paid both within fashion and outside of it, as you are a rare breed in that you are able to do both. It’s always refreshing to have a view that is outside the bubble but within it too. What does fashion get right and where can it improve?
Ferdinando Verderi: I feel fashion is an insider business that welcomes outsiders to push it forward. The industry is hard to access and that allows it to be very self-indulgent at times. It’s an industry that sells prestige at a very high price, and in a way, it also buys it every day at a very high cost. Fashion’s own exclusivity is its own blessing and curse.

Other industries are much more sophisticated when it comes to challenging themselves. At times, due to sheer massive scale, non-fashion brands can’t rely on their reputation alone to stay relevant to millions. They must seriously work on ideas that have impact and the creative process behind them is taken very seriously. This favors an environment in which newness is not feared. There is no industry status quo to be protected.

Kenneth Richard: Thankfully, we are seeing some houses be less guarded. How do you see fashion communication changing?
Ferdinando Verderi: Fashion communication is going through what other industries went through a few years before. Yet, in its own special way.

Obviously, the relationship between brands and their audience has dramatically been subverted by the advent of the digital world. Ideas used to be as influential as the context they would appear in, but now, they are only as influential as many people endorse them. The audience used to be the destination for a message, and now it’s the most powerful medium.

Luxury has changed meaning in this context, and brands are now ecosystems of experiences. It’s no longer about the cult of the campaign image, it’s about articulating a point of view that can be expressed in a multitude of ways. The need for that point of view is what is changing the industry. How to intuitively distill it is the most important part of my process. Or at least, this is my approach.

Kenneth Richard: That approach has earned you a reputation of being a disrupter and throwing out the playbook. Since you brought up social, love to hear your thoughts on one of fashions biggest challenges, how the exclusivity of luxury merges with the inclusivity of social.
Ferdinando Verderi: Fashion is an industry built around the idea of desire. Desire needs distance. “It’s the nature of desires not to be satisfied,” said Aristotle. The very idea of luxury is based on perpetuating that distance, and the introduction of social media threatened to eliminate it. We realize now that scarcity of information of the pre-social media era was key to the old idea of luxury. There were those who knew, and those who didn’t.

Today, information is easily accessible to everyone. Everyone who once felt unreachable feels close. Every reference from the past is just one click away. The idea of luxury has changed because of it, and so has the role of fashion in our lives. I don’t see this as a problem, I see it as a moment of change. But the truth about desire will always stay: we desire what we can’t have.

Funny enough, it’s starting to feel like true luxury today has something to do with being able to regain time, privacy and anonymity. Quality is always taking different forms. That’s what I’m interested in, in this context.

Kenneth Richard: Can see the source now of your philosophical side. We’ve done some juries together, and I always found how you conceived and looked at campaign in a fresh approach. Love to open it up and hear what you think makes for a meaningful campaign today?
Ferdinando Verderi: It was interesting to seat on juries with you. We had different opinions on many things, but you made me think. I realized what you were trying to articulate by kindly calling me a, “punk.”

Kenneth Richard: With endearing reverence, as I’m quite the fan of punk thinking.
Ferdinando Verderi: Well, it is due to my lack of excitement for ideas that are not pushed to their extreme, at least in their intention. I believe in the intention behind an idea. At times, it speaks louder than its output. That’s what I guess I find meaningful, the intention. There is no brand that should be undermined as too conservative for truly creative work. Even a conservative point of view can be brought to life in an interesting way.

Kenneth Richard: Which leads me to film, because so many ideas are being developed now for film. What’s your take on where it is heading and why?
Ferdinando Verderi: I can’t really think of film as an innovative medium. Film has been there almost as long as photography has. What has changed is the context in which we look at things: it used to be magazines. Now, it’s the iPhone.Printed magazines were the reason photography had a sort of hegemony on the fashion industry since its inception. We all know what’s happening to print and the consequences are obvious. However, I would not confuse this with thinking that film is the future. The future is not in any medium in particular. The future is in new ideas and new stories, and most importantly new experiences.Whichever medium will be able to provide the most engaging experience will win. It can literally be anything. Our audience will be the ones to film it. Not a director.