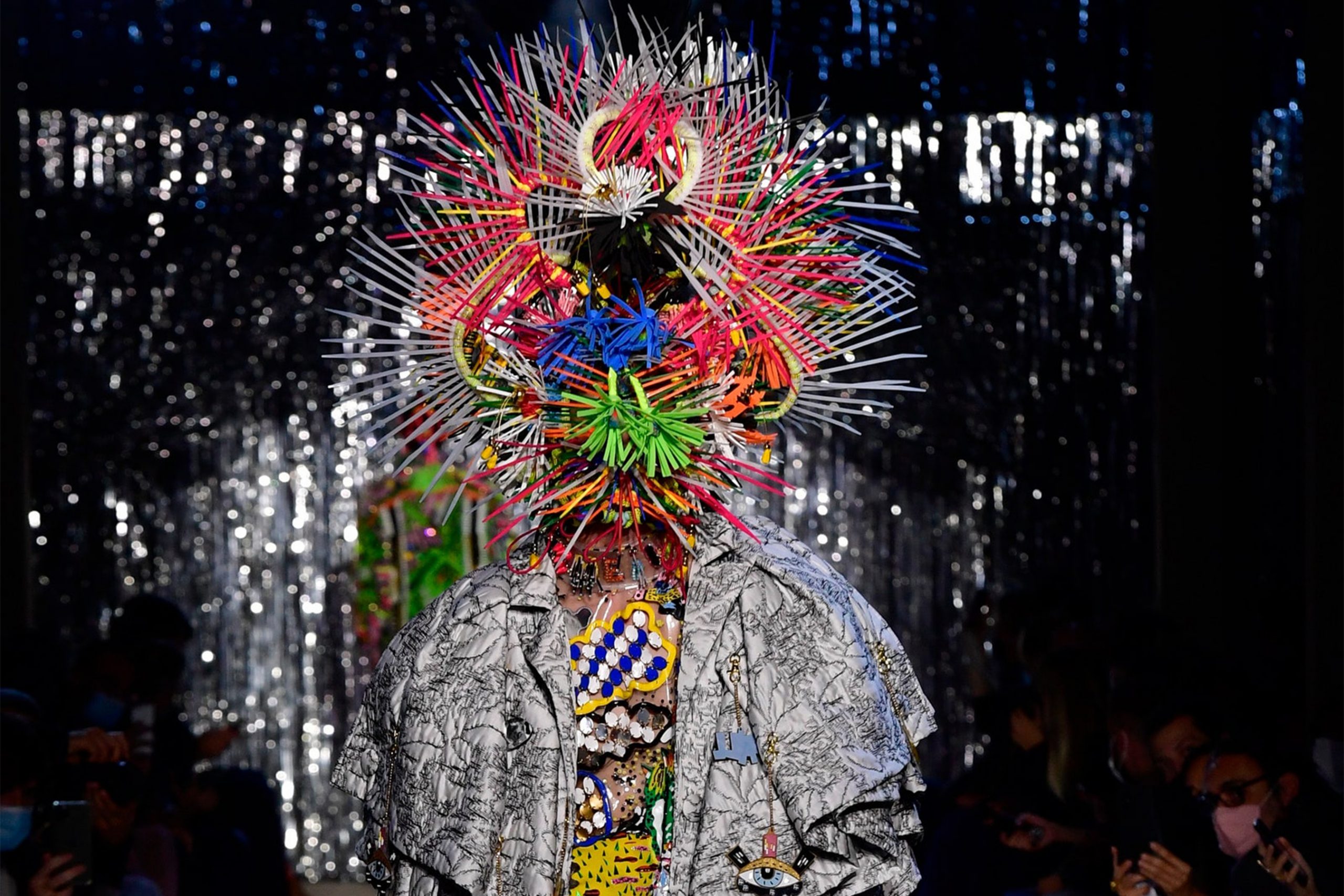 The 35th run of the Hyères festival has just concluded in Hyères, France. The Villa Noailles, a historic art center, hosts the hundreds of creatives and industry leaders who gather for the event each year. Directed by Jean-Pierre Blanc, the Hyères festival aims to support and promote the work of young creators in fashion, photography and fashion accessories. Every year, the festival organizes around three contests, exhibitions, and discussions. The contests gather ten stylists (since 1986), ten photographers (since 1997) and ten accessories creators (since 2017), selected by juries of professionals. The creations of the selected candidates are presented during fashion shows for the fashion contest, and collective exhibitions for the photography contest and the accessories contest.

In the fashion category, the grand jury was led by none other than Jonathan Anderson, who oversaw a group of judges which also featured top model Kaia Gerber and GQ editor-in-chief Olivier Lalanne. The Grand Prix du Jury Premiere Vision and the City of Hyères Public award, along with a grant of 20,000 euros, went to Belgian designer Tom Van der Borgt for his visionary men’s collection, which used upcycled plastic elements and an uncompromisingly experimental, theatrical approach to create wildly new and beautiful forms.

For the Grand Prix du Jury Premiere Vision, when we were all chatting with the jury what we really really admired in the work of Tom Van der Borght is that it was a totally new type of form, new type of shape, new type of commitment to a silhouette and it was uncompromisable. And in this moment we are in, we as a jury believe that it was about starting of this new decade with newness, this idea of originality. It was not about looking at something for it´s automatic commercial sense. It was about the beauty within fashion, the handmade, the technique and the risk in it. And I think Tom has really achieved something in what he has done and I think he will go on to do very well.

The Chanel Métiers d’art 19M Prize, for a grant of 20,000 euros, was awarded to French designer Emma Bruschi.

Hubert Barrère, artistic director of Maison Lesage, led the accessories grand jury. The jury awarded both their grand prize, which includes a collaborative project with the Chanel Métiers d’art worth up to 20,000 euros, as well as the Hermès Accessories Prize, for a grant of 20,000 euros, to Ddiddue and Juana Etcheberry of Owantshoozi, for their masterfully constructed and 100% upcycled accessories collections.

The Public City of Hyères Prize for accessories was awarded to Oubadah Nouktah.

Finally, the photography jury was led by Italian photographer Paolo Roversi, and included Chiara Bardelli Nonino, photography editor for Vogue Italy, Jérôme Gautier, director of publishing for Christian Dior, and Adrian Joffe, president of Comme des Garçons. The jury awarded their grand prize, for a grant of 20,000 euros, to Beijing-born and Chicago-based photographer Guanyu Xu, whose intimate and layered work explores the human complexity and necessity of image itself.