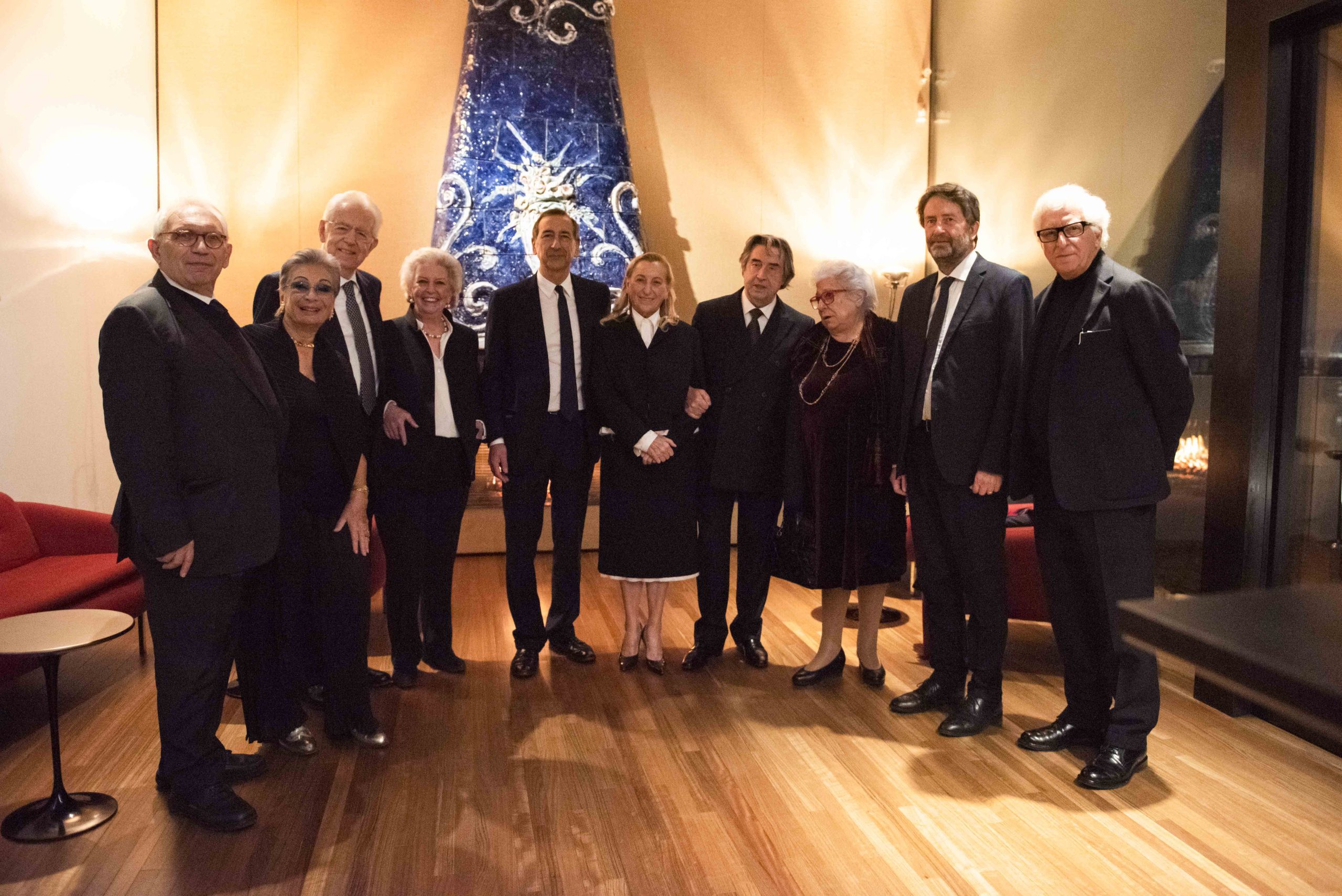 Prada’s Night Out,
Riccardo Muti’s artistry was celebrated at Fondazione Prada with a performance of Giuseppe Verdi’s opera “Nabucco.”

Thanks to this collaboration with Riccardo Muti and his Academy, for eleven days the Foundation has become a place of musical and cultural research and study not only for the ten young talents who have worked closely with the Maestro, but for hundreds of experts and students who, by attending the rehearsals, have been able to grasp the importance and value of his teachings. His deep passion and generosity towards the new generations have strengthened our belief to also consider classical music as one of the fundamental cultural expressions for our lives, but above all an engaging and attractive tool for the intellectual growth of the youngest.

Yesterday evening, December 14, 2021, Maestro Muti conducted the opera by Giuseppe Verdi in the spaces of the Deposito at the helm of Orchestra Giovanile Luigi Cherubini and with Coro Cremona Antiqua under the direction of Antonio Greco, in the presence of the Presidents of Fondazione Prada Miuccia Prada and Patrizio Bertelli, the Minister of Culture Dario Franceschini, the Minister of Education Patrizio Bianchi, the General Manager of RM Italian Opera Academy Domenico Muti, the Mayor of Milan Giuseppe Sala, the Councillor for Culture of the City of Milan Tommaso Sacchi, the Secretary General of the Ministry for Cultural Heritage and Activities Salvatore Nastasi, the President of Bocconi University Mario Monti, the Superintendent of Teatro alla Scala Dominique Meyer, the President of La Triennale di Milano Stefano Boeri, the President of the Accademia di Belle Arti di Brera Livia Pomodoro, the Étoile of Teatro alla Scala Roberto Bolle, the Artistic Director of Teatro Arcimboldi in Milan Gianmario Longoni, the Director of Teatro Franco Parenti in Milan Andrée Ruth Shammah and the artist Francesco Vezzoli.