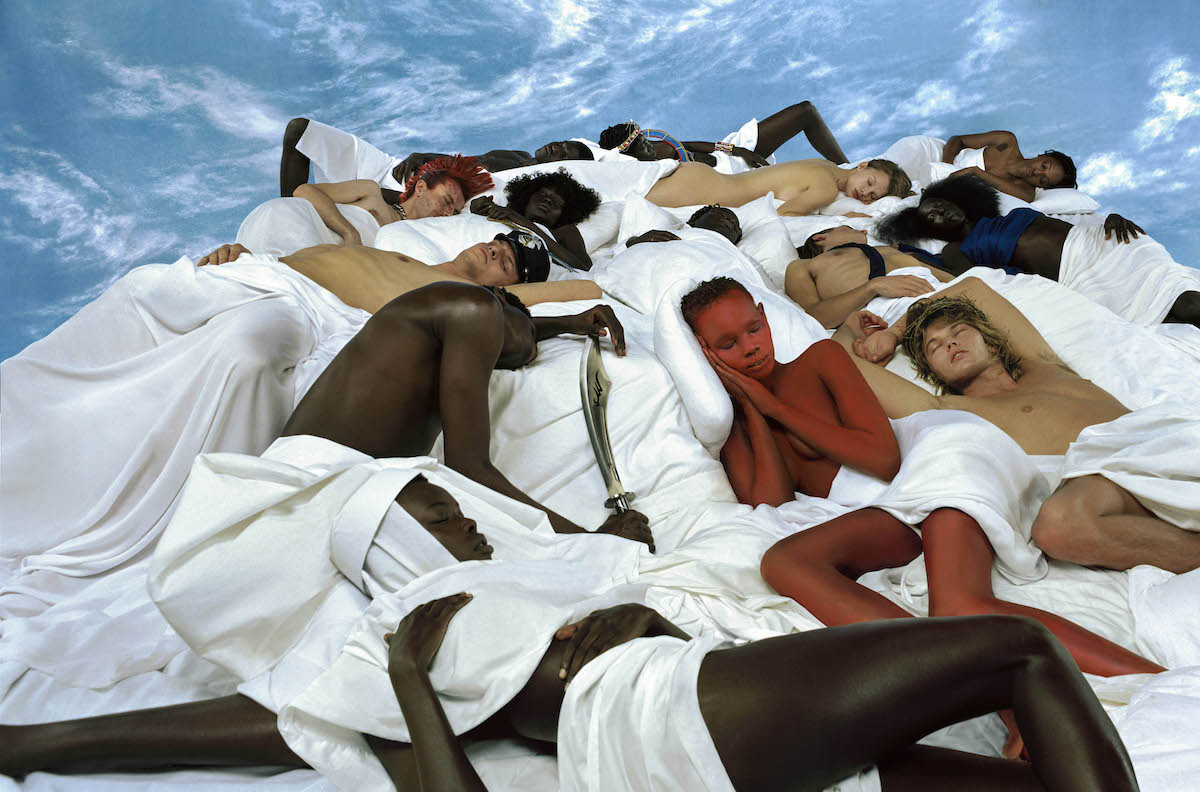 Galerie Hussenot, in partnership with La Cité, presents the first solo show of French photographer Hugo Comte: “Testament”, a series of 15 monumental photographs, made in collaboration with Ibrahim Kamara.

What are beliefs made of…? The series “Testament” explores the belief-generating power of images and the construction of new mythologies.

By transferring, remixing, inverting signs and values from a visual heritage taken for granted, it questions what underlies it, and fertilizes it with new potential narratives by bringing in identities long left out of the picture. Transcending times, beliefs and cultures, “Testament” thus bears witness to a possible new mythological order, that of an open language, with a universalist syntax.

The rich compositions, anachronistic and with a rigorous aestheticism, freely associate various iconographic references – from ancient mythology and sacred art to pop culture – and assert a freedom of reinterpreting without nevertheless claiming to want to place itself in a posture of rewriting History.

These 15 monumental photographs thus allow themselves to create a new visual belief system that produces wonder, underpinned by a dramatic tension of reconciliation of our heritages.