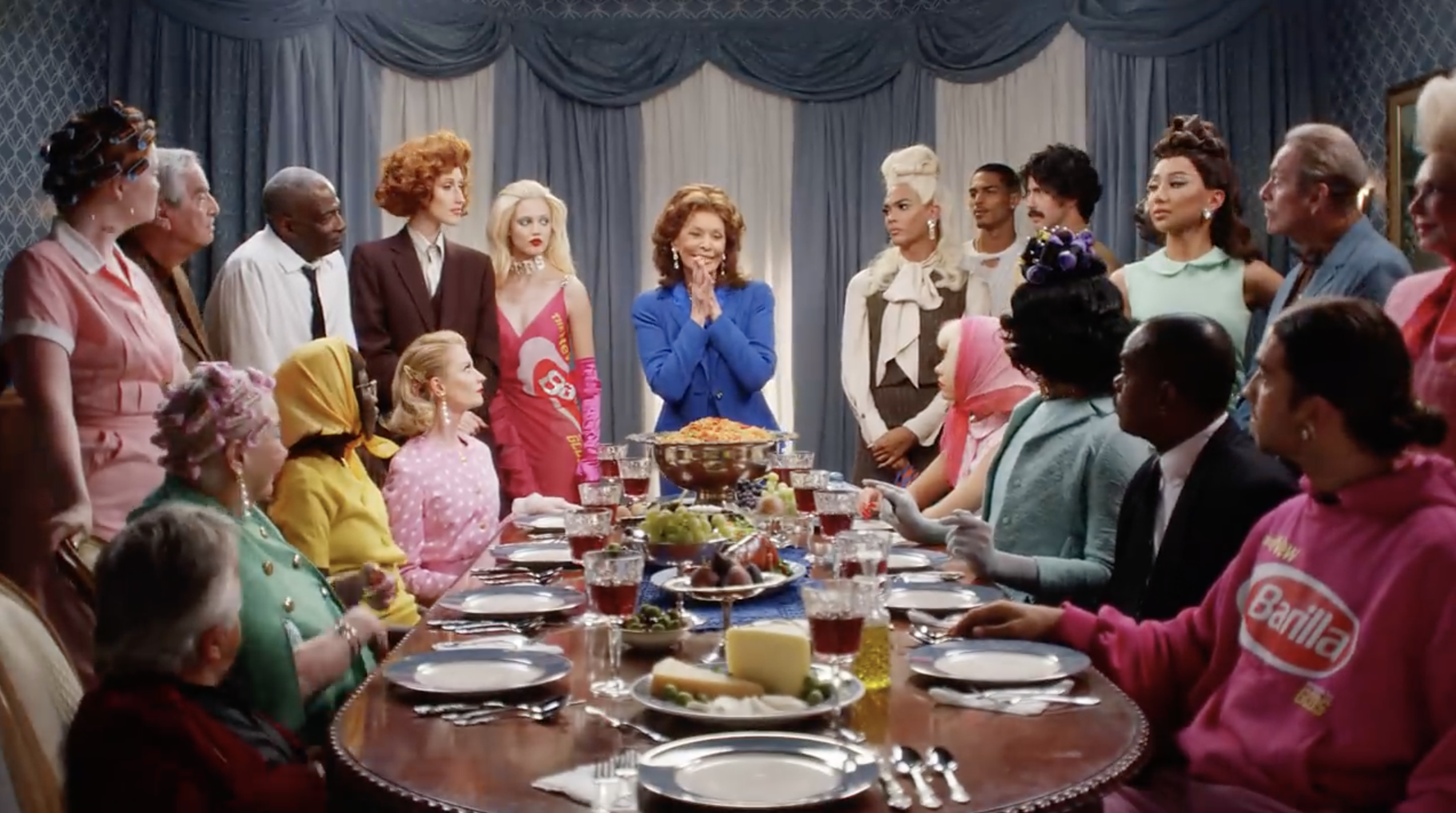 “A completely white canvas was offered to me by Guido Barilla in our first meeting,” says GCDS’ Creative Director Giuliano Calza. “What started as a capsule collection, eventually ended up in Hollywood studios, with our teams filming for three days on Los Angeles sets transformed to dinner settings.”

“I just imagined my personal dinner table, exactly like my life today with GCDS, made of enthusiastic and unexpected meetings as part of a daily routine. When I had to imagine who to choose for this cameo, from anyone in the entire world, I literally couldn’t think of anyone else but her: Sophia represents THE icon of Italian history, the ‘mother of Italy’ that greets her different family members, with just one simple message that everyone growing up as an Italian has heard over and over:  “Dinner’s ready! E’ pronto!”

Nadia Lee Cohen offered up a slightly different take on the genesis of the film, as described in the quote below.

One Parisian night I was drinking wine with Giuliano when he turned to me and said: ‘Babe! Do you want to make a pasta advert?’ I thought why not, everyone loves pasta! We said, wouldn’t it be great if we could get Sophia Loren? Next thing I know I’m staring into the feline eyes of the icon herself, as she spoke Italian to me, whilst I pretended to understand.

Cohen has imbued the film with cheeky visual references, such as two models driving a convertible in front of a grainy film projection of the streets of Naples circa 1960, and a salon whose walls are adorned with vintage photos of Sophia Loren at the peak of her silver screen glamour. Cumulating with an oversized bowl of spaghetti, tomato sauce, fresh basil, the film portrays a day in the life of a cornucopia cast members all on their way to a once in a lifetime meal. Buon Appetito!