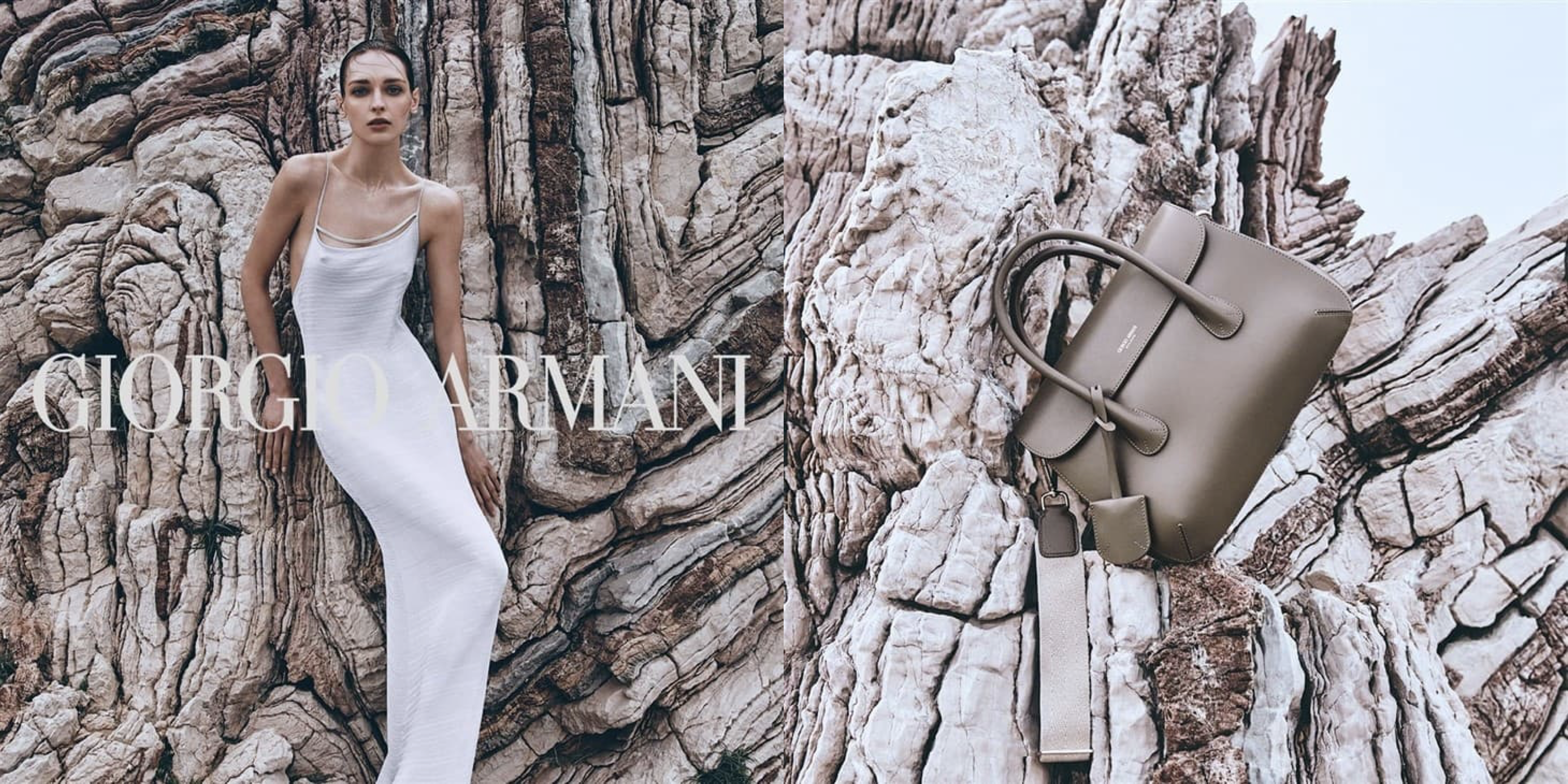 Captured at a rugged seashore, Bruno and Nico’s imagery puts the crisp and summery lines of the mostly monochrome collection into evocative conversation with the gorgeous, erosion-worn scenery and the bodies of the models. In fact, their approach feels so artful that we sometimes wish these models were dressed in something more elegant than monogrammed swim trunks and baseball caps.

Nonetheless, the approach elevates the summertime simplicity of the pieces into a romantic and sweeping visual narrative, making for a campaign that feels striking and moody beyond its straightforward swimwear focus.