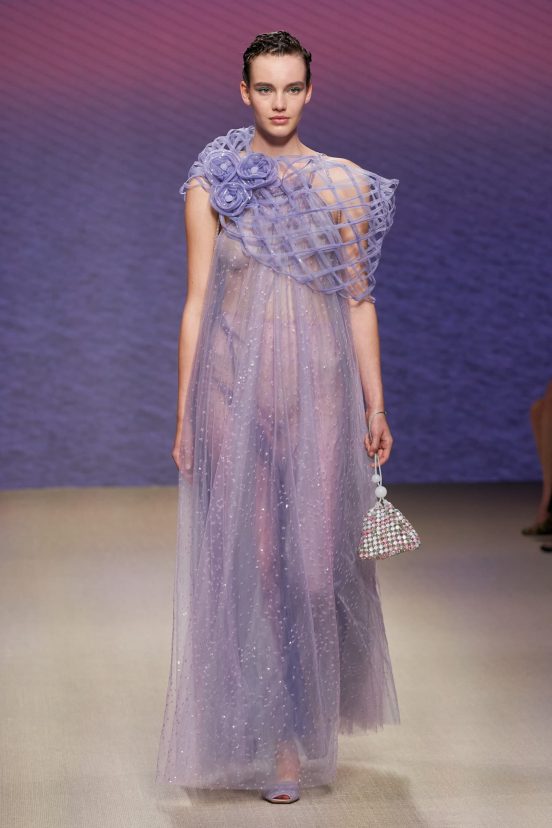 Back Home to the Source

More than a year and a half ago, at the start of the global lockdown, Giorgio Armani wrote an open letter pleading for fashion to slow down, meaning fewer collections and producing better, longer-lasting clothes. It was a sort of wake-up call for ending the cycle of super fashion for luxury brands prone for eight to ten collections plus other special drops.

“The decline of the fashion system as we know it began when the luxury segment adopted the operating methods of fast fashion, mimicking the latter’s endless delivery cycle in the hope of selling more, yet forgetting that luxury takes time, to be achieved and to be appreciated. Luxury cannot and must not be fast. It makes no sense for one of my jackets or suits to live in the shop for three weeks before becoming obsolete, replaced by new goods that are not too different.”

“I don’t work like that, and I find it immoral to do so. I have always believed in an idea of ​​timeless elegance, which is a precise aesthetic code and an approach to the design and making of garments that suggests a way of buying them: to make them last. For the same reason, I find it absurd that, in the middle of winter, one can only find linen dresses in the shops and alpaca coats in the summer, for the simple reason that the desire to purchase must be satisfied immediately,” the designer said in early April 2020 on his thoughts on what the post-pandemic fashion industry especially the luxury sector should entail.

Armani practices what he preaches.

In the last few seasons in ready to wear and especially in his haute couture Privé collection, the designer has distilled to just the essence, pared down to the most meaningful clothes rather than showing the maximum amount of looks on the runway.

The result has been very focused collections for both men and women ready to wear and the haute couture shown to a smaller live audience in July in Paris with a tight edit and focuses clothes that literally ‘shine’ as the collection’s title suggested.

And it is no difference for this Spring 2022 womenswear show.

Armani brought the show back to his home base at Via Borgonuovo, wherein the small theater in the basement level the designer used to hold all his shows until the company opened the massive Bergognone megaplex in the early 2000s. Bringing the collection closer to home also meant exercising the creative freedom now in defining again what Armani fashion is for a new generation.

This time, the principal silhouette is the elongated and slim fitted jackets that can combine with an assortment of bottoms depending on the occasion, from a more formal pantsuit to slight casual oversized drawstring pants. The eveningwear features light grey, light pink, and light violet soft dress, a few with hand-painted details. They are fine without going the requisite embellishment.

Like the men’s show in late June, this return trip home is about just the essentials and not much more. And that makes for a stronger show as it is one from the heart.