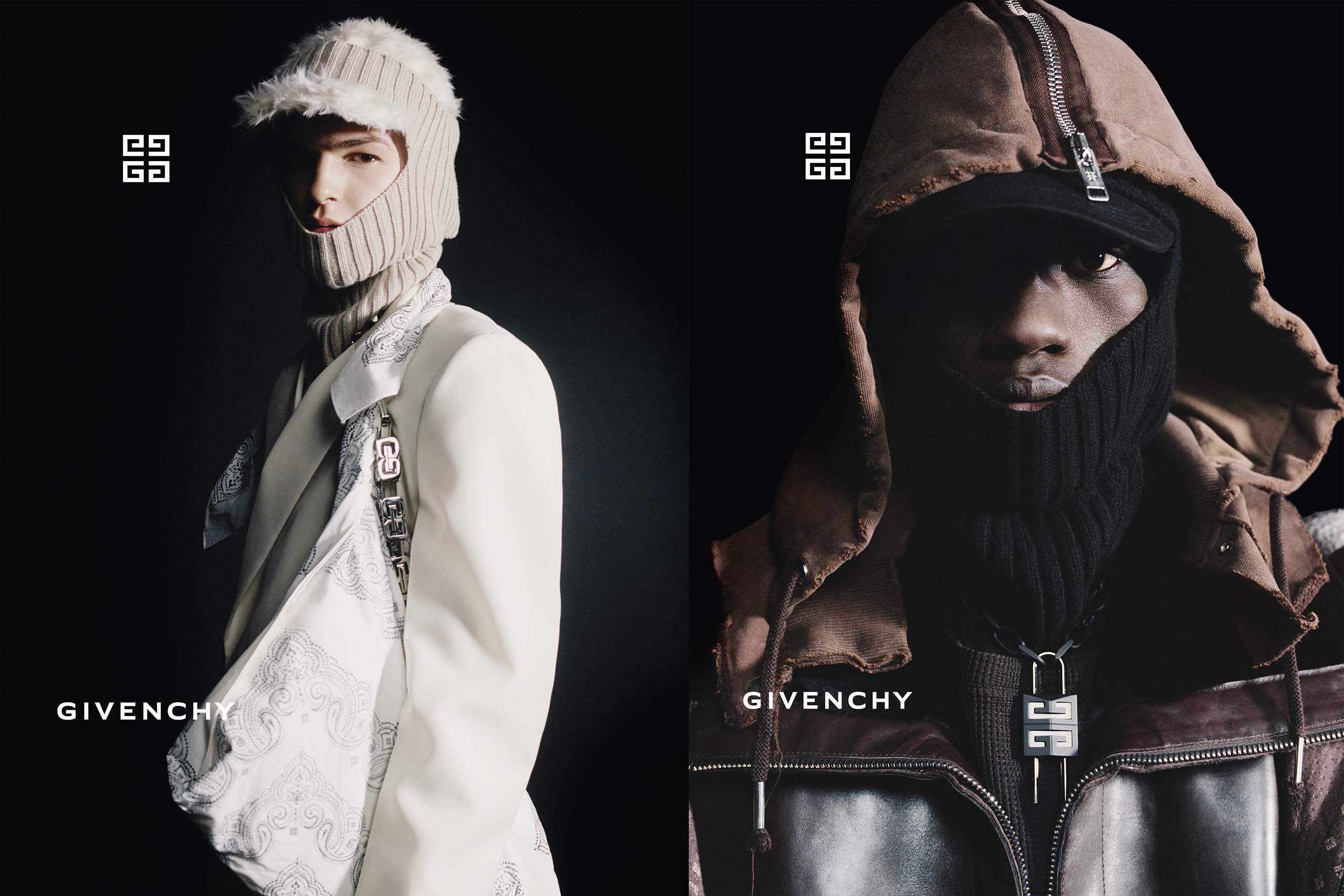 The campaign continues new creative director Matthew M. Williams’ streamlined vision for the house, which merges a youthful, streetwear sensibility with sharp tailoring and focused sophistication. Captured against a black background and making dramatic use of light and shadow, Grevet’s slick portraiture emphasizes the strong silhouettes and detailing of the collection. Minimally deployed digital editing leaves some models with square pupils – a striking feature that echoes the house’s monogram logo, and creates an evocative sci-fi feel.

Part of Williams’ revitalization of house codes has been an especially strong focus on detailing and hardware, which runs throughout the campaign in both portraits and still-life product shots. The angular, metallic details work nicely with the imagery’s subtle suggestion of sci-fi flavor.

While Williams’ design work carries over some of the personality introduced by former creative director Riccardo Tisci – whose renowned 2005-2017 brought the house back to critical success and cultural relevance with its youth-forward gothic romanticism – the designer has yet to put a truly distinct mark on the house. It’s still quite early in his tenure however, and his future there is looking promising.

Though this campaign offers little in the way of narrative trajectory for the brand, its striking imagery does strong work to communicate the beginnings of Williams’ vision. We look forward to seeing the creative director continue to work and guide the house with his confident style.