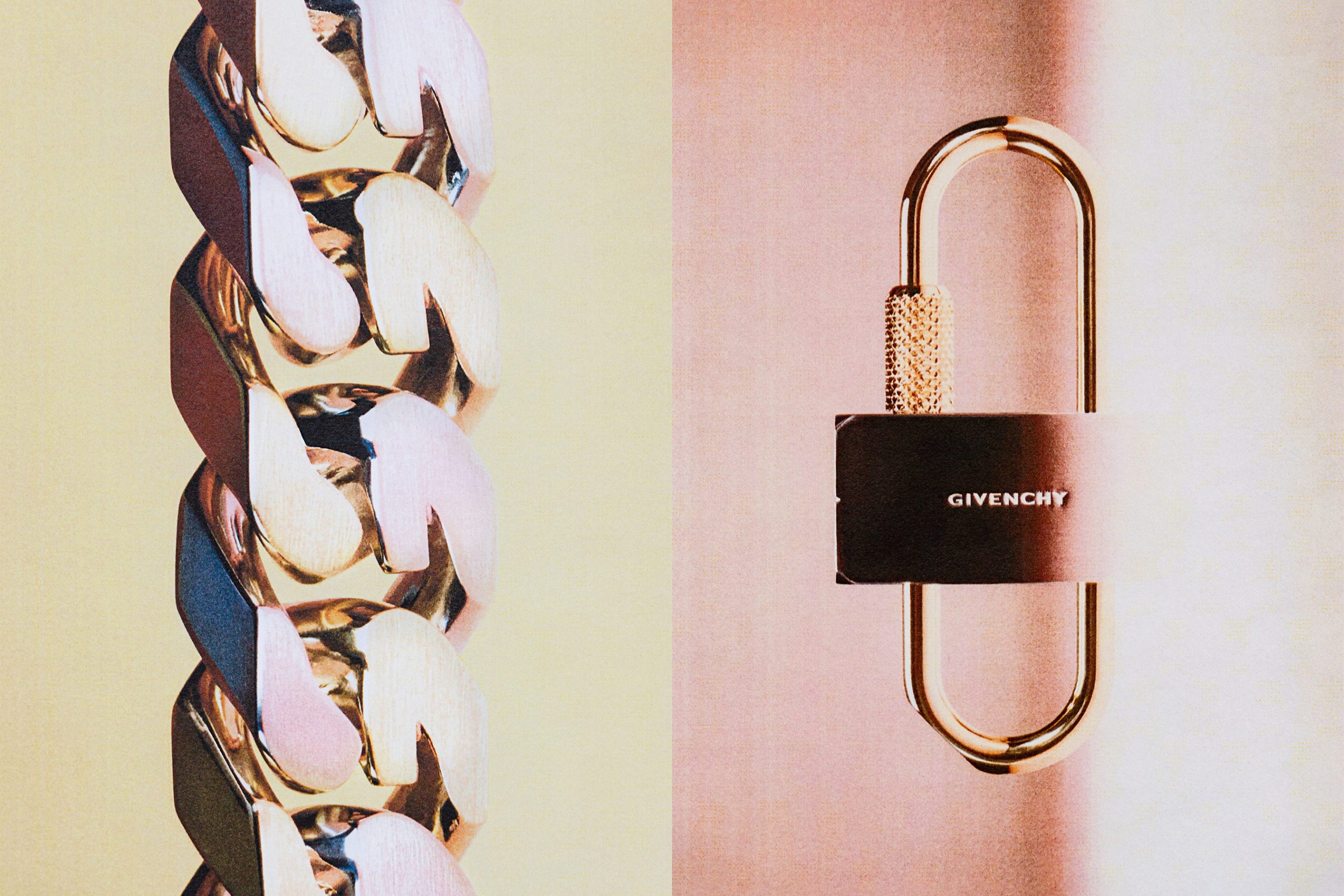 Just ahead of his first runway outing for Givenchy this Sunday, October 4th, newly appointed Creative Director Matthew M. Williams has launched his first ad campaign showcasing his new codes for the house.

In a series of photographs by Williams’ longtime friend and collaborator Nick Knight, the ad campaign focuses on symbolic hardware that will be part of the upcoming collections for both women and men. Cleverly skirting around the potential problem of releasing an ad campaign featuring clothes from previous collections by former Creative Director Clare Waight Keller, Williams focuses on still-lifes of unisex accessories to give a taste of what is coming, without showing his entire hand. The campaign also features a video with custom vocals by the rapper and songwriter Playboi Carti, another close friend of Williams; in the 15-second teaser, campaign imagery shoots out of a high-res printer to Carti’s vocals as he enunciates the right-versus-wrong pronunciations of the House’s name.

The ad campaign’s chains with links made of the letter “G” and elegant padlocks with gold-embossed skin motifs and asymmetrical hardware were reportedly inspired by the ‘love locks’ that adorn the bridges of Paris, and provides compelling hints of the sort of aesthetic that will be debuting soon on the Givenchy runway. Stay tuned!