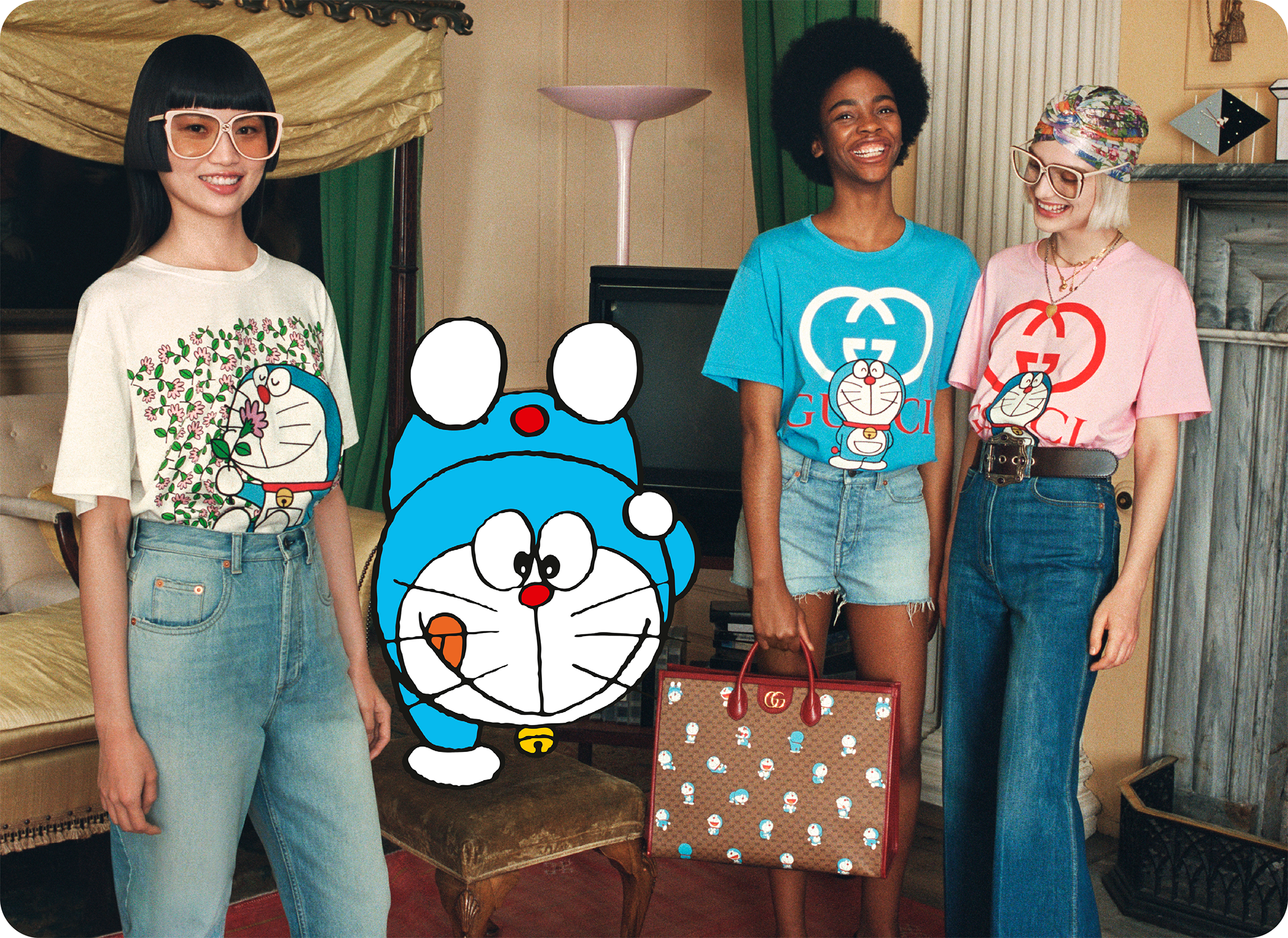 The trend of Lunar New Year campaigns has only surfaced in the past few years, and Gucci was one of the first brands to capitalize on it – but here may be seeing the idea losing a bit of steam conceptually.

Last year, Gucci used Mickey Mouse as its cartoon Lunar New Year mascot – a playful tribute to the Year of the Rat (or mouse). But this new capsule sees very little in the way of new ideas, especially considering that it has mostly just swapped one cartoon character for another.

Doraemon is beloved and cute enough that the collection still succeeds, but what makes these kinds of capsules special is their limited nature and the uniqueness of the creative collaboration. As more and more “unique” character collabs like these flood the market (compare Loewe’s recent Totoro collection, for example), the approach becomes less and less commercially and artistically viable.

But this is Gucci we’re talking about, after all, and so – conceptual complaints aside – the collection and its campaign offer up tons of vintage, stylish fun. Though Doraemon traveled from the future, he first arrived on Earth in 1970, and the campaign uses a time-period-appropriate home interior as its set. An eclectic group of friends chill in adorable Doraemon sweaters and play retro video games or jump on the bed. Doraemon himself appears in most of the scenes, including in his new exclusive costume created especially for the Year of the Ox.

Doraemon traveled back in time to save a young boy who needed him, and to help him prepare for the future. As a new year begins and we look forward with tentative hope, we are happy to see Doraemon at our side.