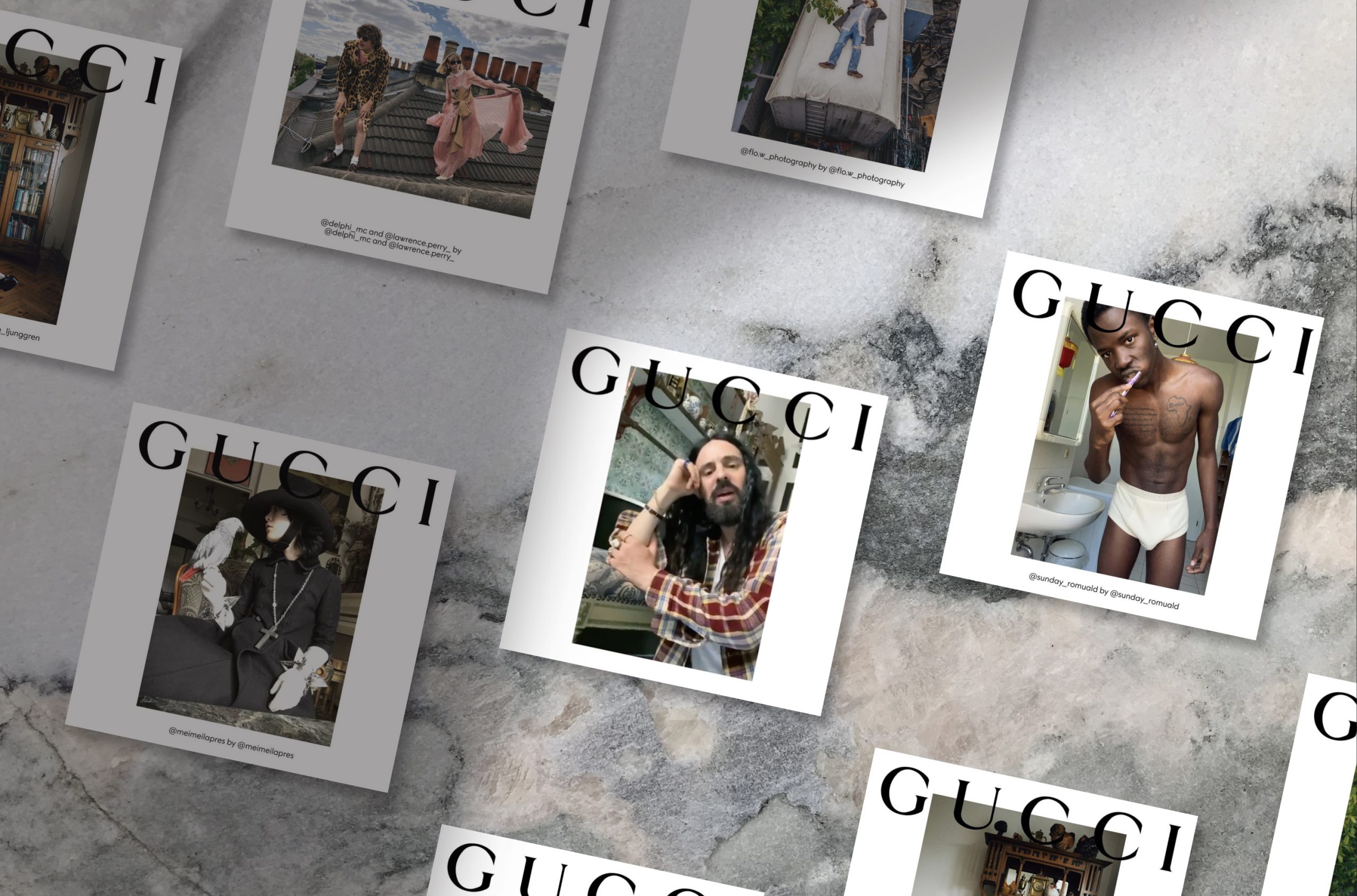 Gucci flips the script on the ad campaign in favor of digital DIY goodness.

Creative director Alessandro Michele conceived of the Fall campaign as a continuation of his “The Ritual” show, where he gave the audience a glimpse at the preparatory process before the Fall/Winter 2020 runway show. The current campaign gives a similar look behind the scenes into the spaces of creatives and talents associated with the brand, but with a work-from-home twist. Clothes are sent to the person’s home, and they choose how to capture their own look. Reflecting on the genesis of the campaign, Michele says:

I let the models build their own images. To act as photographers and storytellers, producers and scenographers. I asked them to represent the idea they have of themselves. To go public with it, shaping the poetry that accompanies them. I encouraged them to play, improvising with their life.

It’s a potentially risky move for a brand that draws its strength from having a cohesive image, a singular vision. Gucci’s campaigns are so successful because Michele has a masterful ability of imbuing them all with the same fantastical quality, of situating them as part of the same dream world. With the form of this campaign, Michele is unable to rely on his own ability, but must count on the creativity of each individual.

But the risk pays off. It is a delight to see these talented people flex their creative muscles and explore the freedom the platform gives to them. As they dance and sing to the same song from different places around the world, a feeling of togetherness emerges. By increasing artistic freedom and individuality, Michele has actually amplified a sense of unity.

I rather forged the conditions for a combustion: because I longed for a spark able to set a splendidly eccentric human potential on fire.

It’s a brilliant way to reach across the physical space that divides us and bring us closer together in spirit. It is also a testament to the greatness of Gucci’s designs and Christopher Simmonds’ strength as an art director that a campaign made up of such disparate elements can feel so cohesive. We all have our own rituals, our own homes, but the celebration of beauty and art unites us.