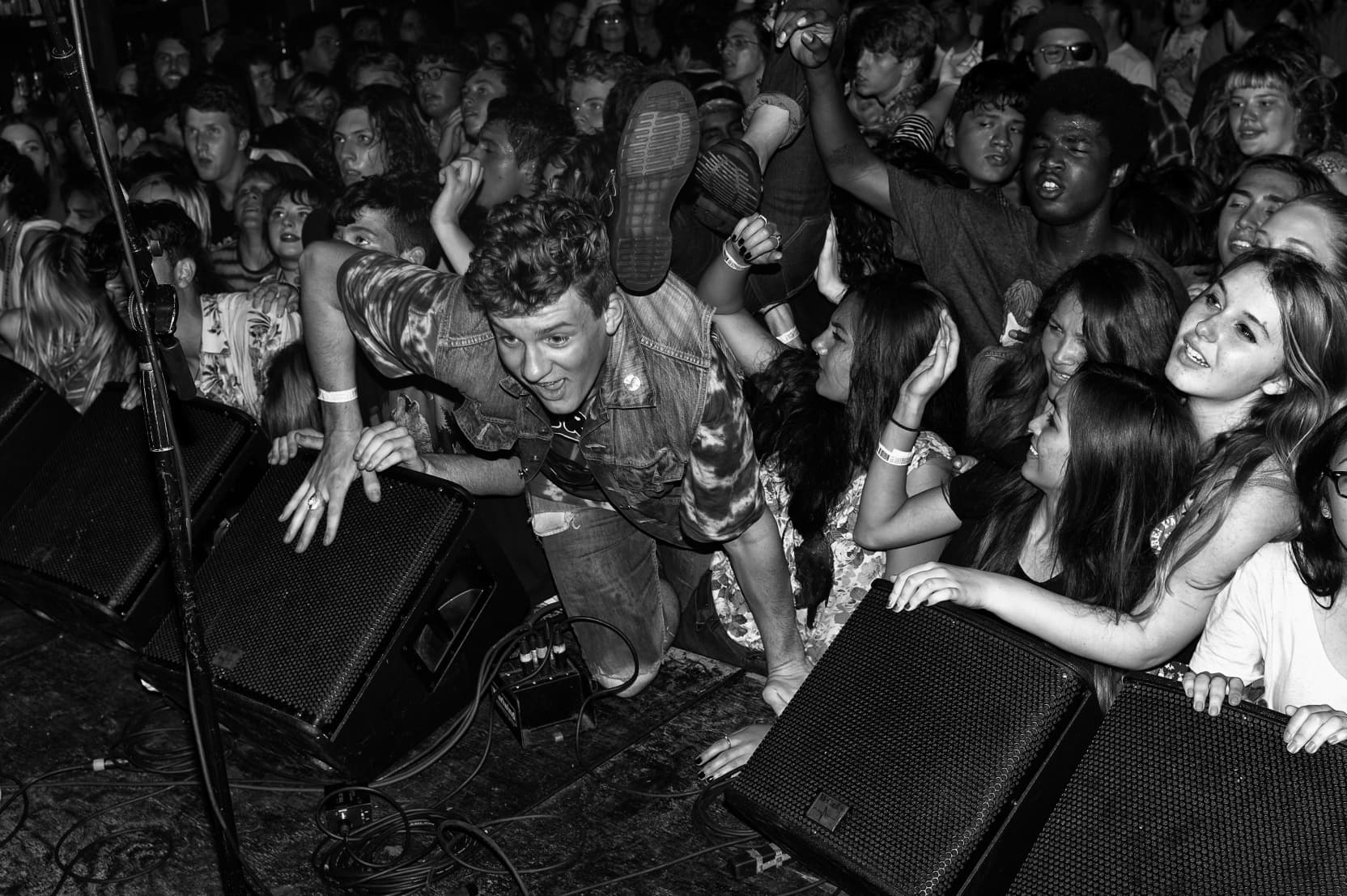 Almine Rech Shanghai is announced ‘Sun of Sound.’ A new exhibition by acclaimed French multi-disciplinary artist, photographer, fashion designer, and Celine’s artistic director Hedi Slimane, the fifth solo exhibition of Slimane’s work at Almine Rech since 2004 and his first exhibition in China. ‘Sun of Sound’ also marks the artist’s first solo exhibition since 2014, when he presented ‘Sonic’ at the Fondation Pierre Bergé-Yves Saint Laurent in Paris.

At the heart of ‘Sun of Sound’ will be ‘Sonic,’ a series in which Slimane created studio portraits of musicians such as Lou Reed, Keith Richards, Brian Wilson and Amy Winehouse.

Slimane has invented a new and oblique visual language to represent youth and reinvent the documentation of rock. In his work, live performance is reduced to a minimal, photographic lexicon—a ritual, black-and-white convention of signs. Still life photographs become almost liturgical—singular, silent expressions of youth.

The exhibition will also feature works from “Berlin,” a 2003 photo series by Slimane. As the title might suggest, this series displays photos of places and people in Germany’s capital city. This series was made more prominent latter on after Karl Lagerfeld published it in book form and showed it at KW – Institute for Contemporary Art, in Berlin, and at MOMA P.S.1, in New York City. “London, Birth of a Cult” is another notable feature of the show. This series was produced in 2005 and follows the daily life of Pete Doherty, frontman to The Libertines, before becoming a rockstar.

The exhibition will also feature an immersive sound installation, which highlights Slimane’s exploration of music. “Sun of Sound” will run from March 19 to April 30 in Shanghai.