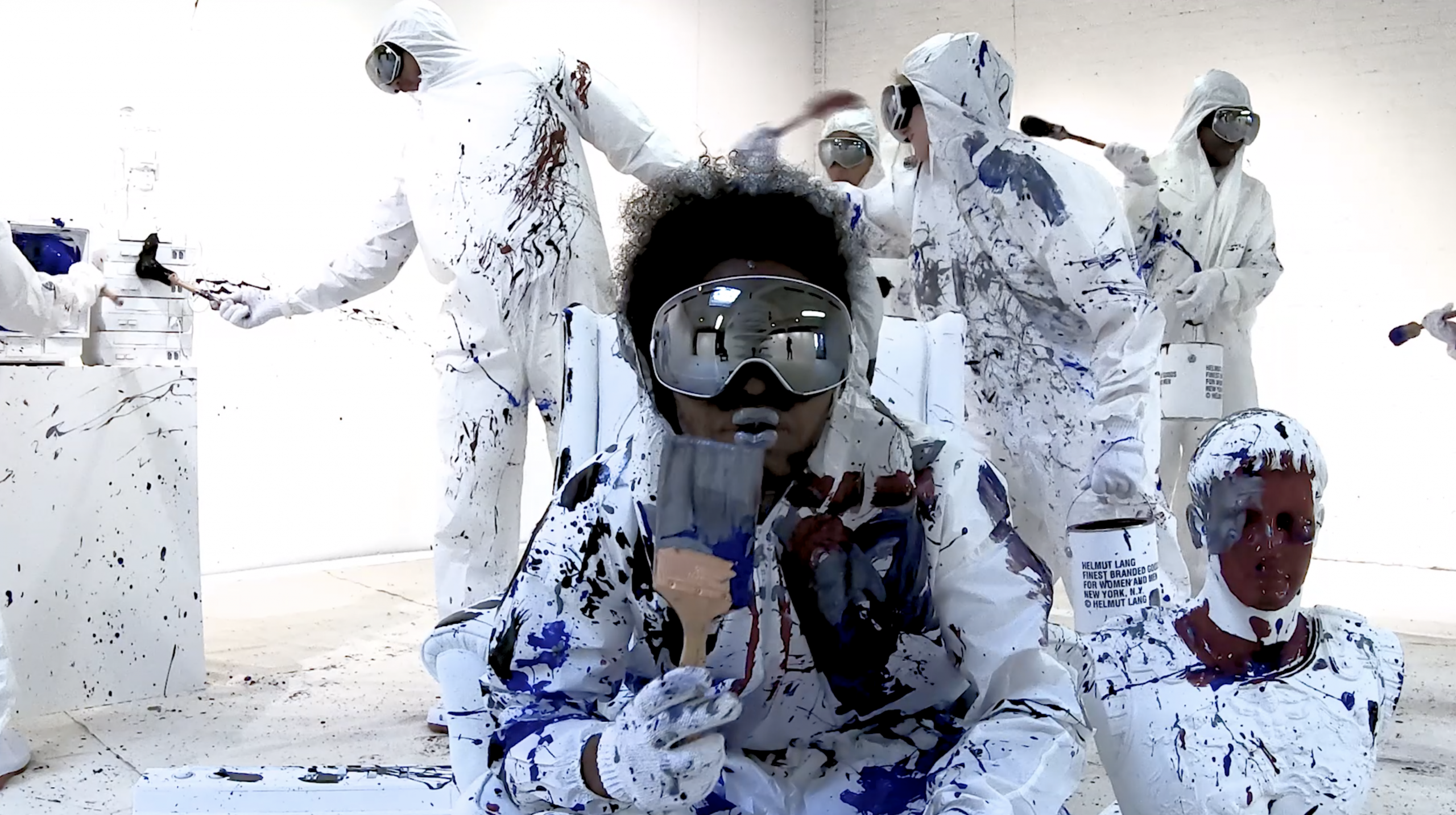 The painter jean first appeared on the Helmut Lang runway in 1998, and it has since become a symbol for the company’s anti-authoritarian approach. Referencing the creative class and their ambivalence towards mainstream success, the painter jean was appropriated by Helmut Lang as a form of thoughtful rebellion. Minnie Bennett takes the concept a step further by presenting a pristine white environment filled with icons of Americana and Western Art, replacing the ubiquitous pair of jeans with televisions, a boom box, an easy chair, a teddy bear, and statues of a dog, penguin, and bust of Julius Cesar; these items are subjected to gleeful douses of house paint by Jeremy O’Harris and his band of revelers. Jackson Pollack’s splatter paint technique is re-appropriated in a cathartic explosion of color, as the formerly all-white objects of middle-class luxury, meant to symbolize the whitewashing of the arts and American history, are covered with splashes of red, white and blue.

The concept doesn’t translate directly to the resort 2019 collection, rather it is all loosely connected by the paint splatters in different shades of red, plus white and blue. Nonetheless, the film is compelling as documentation of politically-motivated performance art, and subsequently functions as a thought-provoking marketing tool.