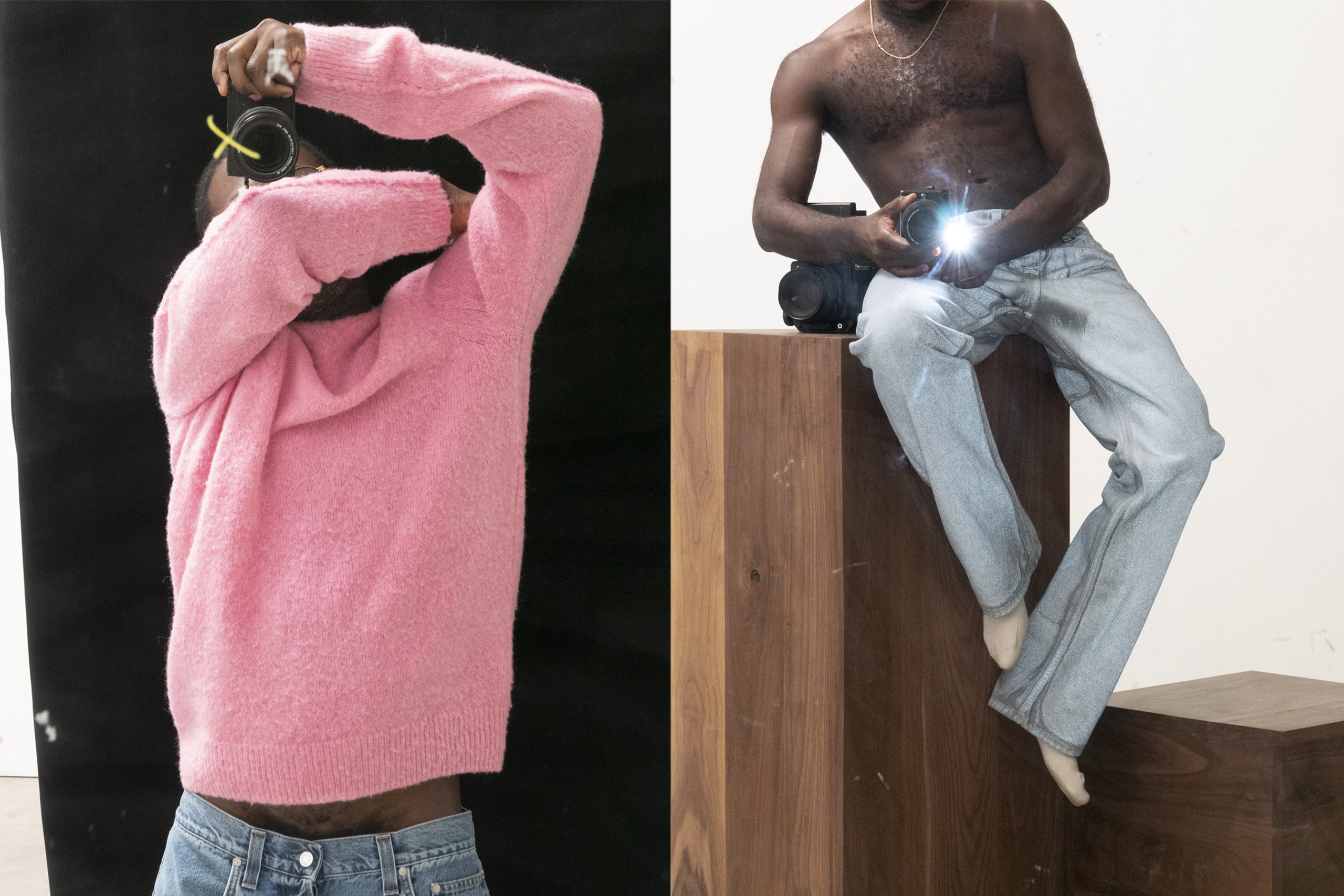 Helmut Lang has just released Volume 2 of their collaborative photo series “Seen by Helena Tejedor.” This time around, the creative director and stylist worked with Los Angeles-based photographer Paul Mpagi Sepuya, who created a unique series of intimate self-portraits.

Helmut Lang recruited Tejedor to interpret and present the Fall 2020 and Resort 2021 collections, and gave her the freedom to work with any three artists of her choosing. “I wanted to choose three artists that were very different in their aesthetics and approach to photography, yet that somehow made sense together,” Tejedor says. Volume 1 of the series, a collaboration with Spanish artist Carlota Guerrero, launched in October. Tejedor recruited Sepuya for the second installation of the series, though it’s not the first time Sepuya has worked with Helmut Lang: he contributed artwork to a similar collaborative series in 2017.

In the series of self-portraits, Sepuya captures his own reflection in a mirror in his studio. The presence of the camera and the studio background lends the work a sense of deconstructionism; the distinction between artist and subject breaks down and becomes mysterious.

Looking out from a mirror, we see the artist as he sees himself. That Sepuya covers his face in all of the images but one deepens the sense of the complexity of identity. Finally, the photographs themselves are marked as if their development process was disrupted, and smudged as if by fingerprints – another intriguing element that perhaps points to the human, communal involvement that informs the apparently individual process of developing an identity.

“Due to Covid-19, I wasn’t able to travel to LA and was frustrated not to be able to experience how Paul works. But in the end, it was most likely the best situation for this collaboration: just him, his camera, and his mirror.”

Indeed, the work does feel uniquely individual for a project that is considered a collaboration. Sepuya’s work feels like a profound exploration of the meaning of the word “self” in the ostensibly straightforward category of the self-portrait. Helmut Lang and Helena Tejedor are wise to give him the space and support to undertake such a meaningful project.