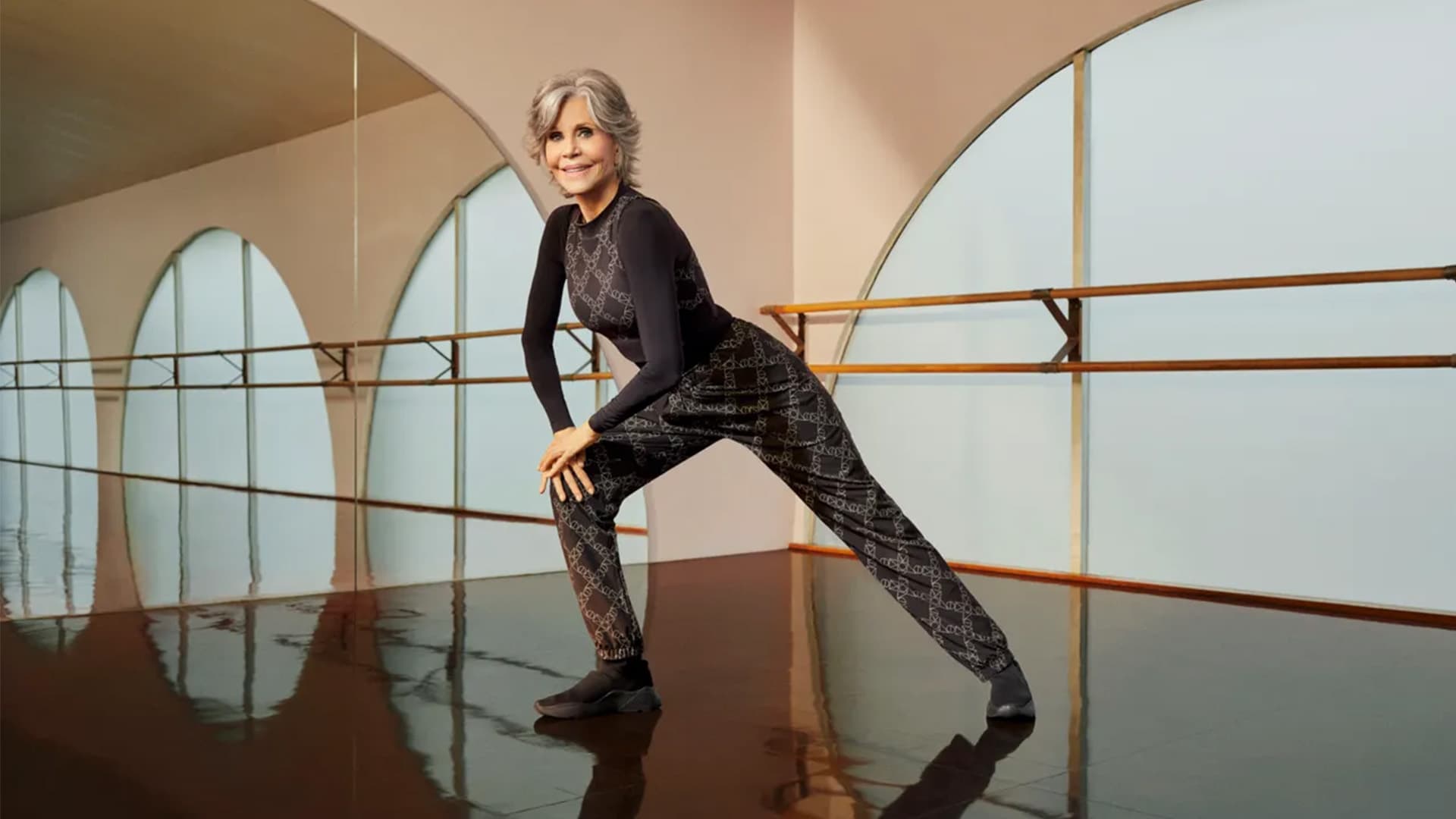 Jane Fonda busts a move as the star of H&M’s launch campaign for its new Move activewear collection.

In addition to her iconic careers in acting and activism, Fonda is also a legend for the home workout series she launched in the early 80s that revolutionized fitness. Tapping into this moment of democratization and increased accessibility in fitness, the campaign highlights the new Move collection as a celebration of movement for all.

Fonda recreates some of her signature moves alongside choreographer and dance instructor JaQuel Knight, who is no small presence in the world of motion himself, working with the likes of Beyoncé and Megan Thee Stallion.

“I’ve spent a lot of my own life getting people to move and was naturally drawn to the mission of H&M Move to get the whole world moving. To me, it’s not about sports or being the most athletic. It’s about giving your body the kind of movement it needs to stay healthy so it can take care of you.”

This mission is further bolstered by more imagery that highlights a diverse cross-section of everyday characters as they get out and move together.

Reflecting a push to more genuinely attain its sustainability goals, H&M says 99 percent of the Move line polyester is recycled, and the cotton is “more sustainably sourced.” The brand has been under fire recently from the Norwegian Consumer Authority for marketing outdoorwear as sustainable, and a class-action lawsuit was filed July 22 in the U.S. refuting the company’s sustainability and recycling claims.