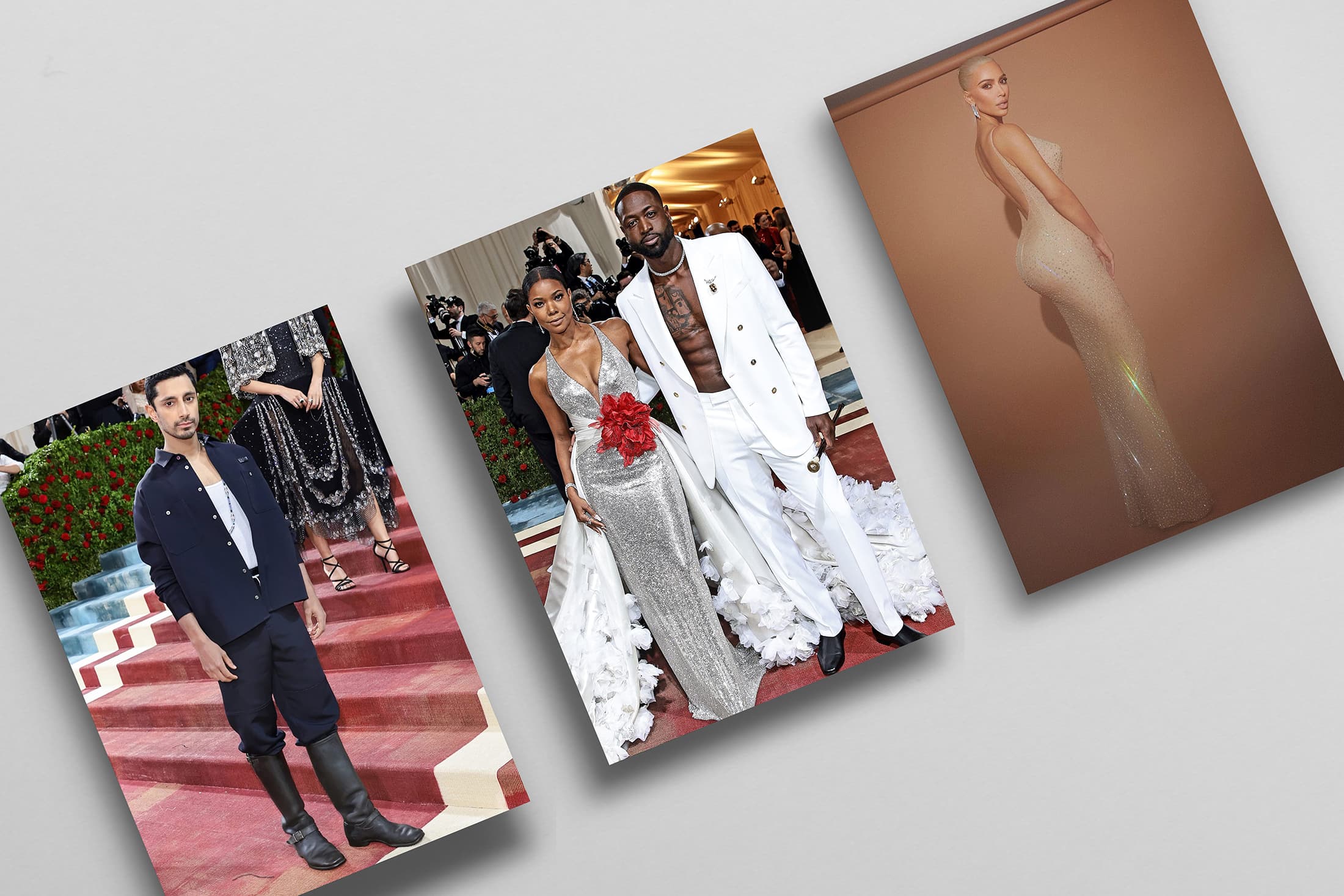 While most of the Met Gala’s celebrity attendees leaned into the event’s “Gilded Age” theme with a bombastic sense of opulence and glamor, a few key stars took the opportunity to reflect – through their outfits – on the politics and people behind the era that can be seen as the origin of wealth and luxury as we see it today.

A period of rapid industrialization and economic growth, the Gilded Age was possible due to a massive influx of immigrant workers to the United States, creating the labor force needed for such rapid and expansive development. Apparently understated in a night that was so rich with gilded decadence, Riz Ahmed’s understated and unexpectedly brilliant look shined a light on the immigrant workers that fueled the era’s productivity, and in particular created the clothing we still wear and celebrate today.

Pairing an unbuttoned, navy-blue work jacket and matching trousers with boots and a white tank top, and finishing it off with a Cartier necklace the design of which was very inspired by the jewelry of India, his outfit – styled by Julie Ragolia – referenced the clothing that would have been worn by the very immigrant workers who would be creating opulent looks for the “gilded” upper classes.

“This is an homage to the immigrant workers who kept the Gilded Age going,” the star explained on the red carpet.

While their total looks were not as directly challenging to the night’s theme and the legacy behind it, Gabrielle Union-Wade and Dwayne Wade also took the opportunity to consider and speak to the country’s labor history, particularly in its connection to and reliance on the exploitation of Black and brown people.

While it’s hard to see the same kind of political or social statement behind her look as that of the aforementioned stars, Kim Kardashian’s donning of Marilyn Monroe’s iconic “Happy Birthday” dress was unequivocally the fashion moment of the night, and is of course deeply connected to the history of fashion. There are many connections between Kardashian and Monroe, and it’s hard not to feel like both stars are somehow seen as the protagonist of their time – but the dress’s echoing across history also feels like a potent reminder of how much fame and celebrity have changed, particularly in the way that Kim K is the emblem of today’s “famous-for-being-famous” phenomenon.

While it might have been more meaningful and an indicator of social progress if another star had worn the dress – a Black or trans woman, for instance, rather than another cis white woman – there’s no denying that the moment cements Kardashian’s status as the leading celebutante icon of her time, and that it, for better or for worse, encapsulates a moment of cultural zeitgeist that may come to resemble something like a Digital Gilded Age.