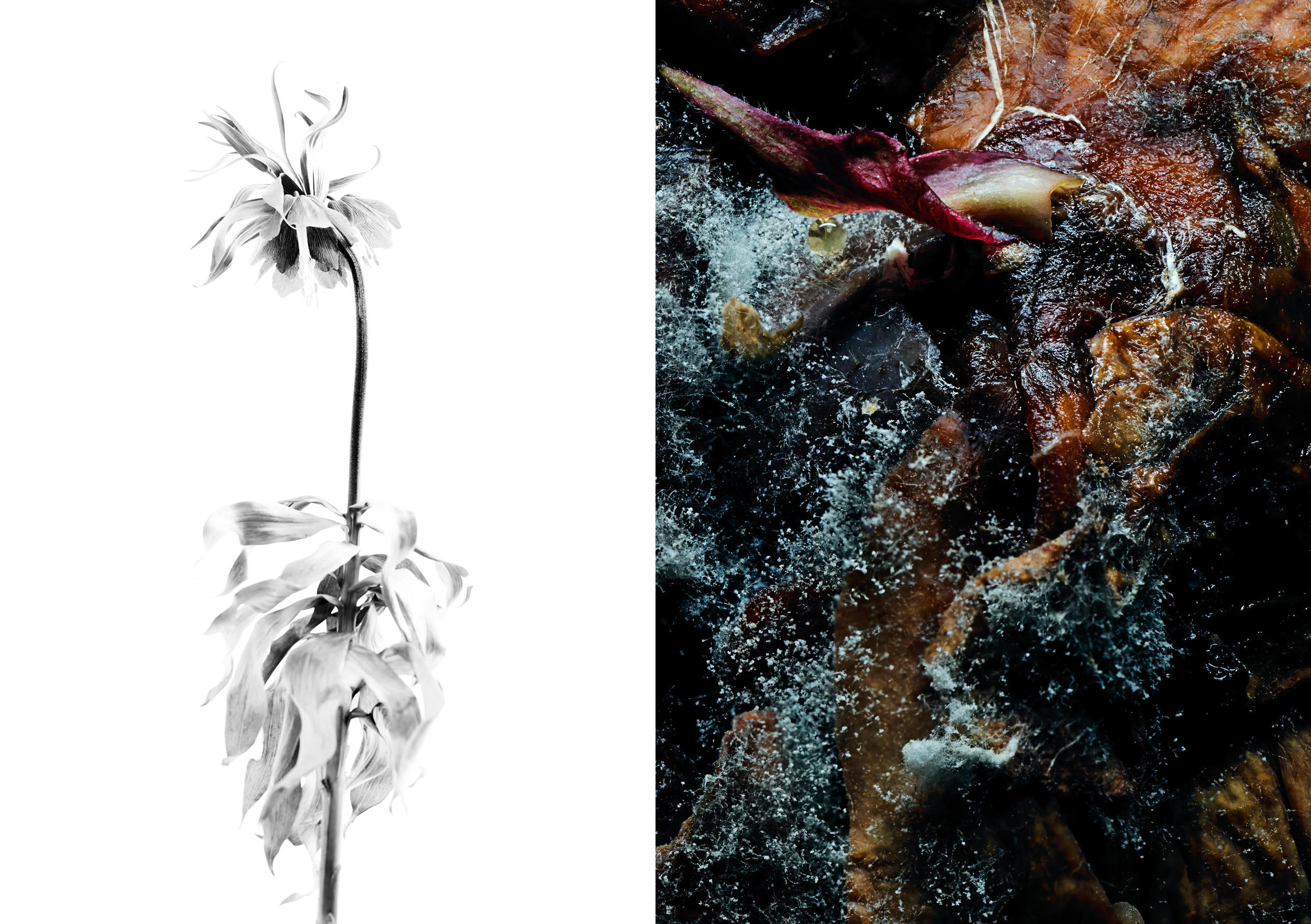 Photographer Willy Vanderperre explains how the transience of the natural world – from budding flowers to decomposition – provided the motivation for his new London show hurt, burn, ruin and more…

“When we did the first show at 180 The Strand [prints, films, posters and more, in 2018], it was a combination of fashion photography… and although we tried to avoid it becoming a bit of a retrospective, at the end of the day it does eventually become that if you’re showing old work and new work in conversation with one another.”

“After that show, we started working on more personal work. I started out taking everything into consideration, bit by bit. People like to put people in drawers, I think: some people always associate me as a fashion photographer, and there’s nothing wrong with that, because it’s my main topic, the thing I work on the most. And I’ve never really shared my more personal work with them, which is not connected with fashion. And I felt if I did another show I should take it away from fashion and present a different kind of work.

“And I thought to myself, what does fashion photography stand for? Eventually, at the end of the line, you portray beauty. So I went back and thought, OK, if I look at beauty: what does beauty stand for? What does beauty mean? It’s ever-changing, if you think about it. And it’s also not universal, because it can change from our view to that of another continent. So I looked back into history to find things that were more universal, and that are still relevant to the word beauty today.”

“You almost make a list of what those things are. And I came to a simple thing: a flower. And that was the start point. It’s always been something I’ve always liked to take photos of – and at the end of the day it’s still a portrait of something.”

“So this show focused on the concept of flowers, because people have always considered them beautiful. The trick was then how to approach it in a different way. How do you make the flower exciting? How you shoot the flower. But it was always a reaction to the idea of beauty – you always think it should be appealing, or soft or whatever. But it can also be cruel. So that is a departure as well. So we started to think very much about what happens when something ages or decays – when we don’t see the beauty of it any more. It’s like this search for forever staying young: we are afraid now of aging.

So we took a beautiful portrait of the flower and then we started to almost abuse and hurt it – let it decay. It’s even about aggression, because for me, today aging involves an aggressive state of mind.”

“So we were happy about it, but then we took it even further: we went to the state of utter decomposition. So then it becomes something totally organic: you no longer recognise the shape of the flower. So we delved in further: it’s progressive. First you have the portraits of the flower, then we looked at flower arranging and started wrapping them in plastic, shaping them, deforming them which then creates new organic shapes due to the transparency of the plastic. You choke them almost. Then we lit them on fire so the plastic became one with the flower. So then you alter it and it becomes very relevant – because plastic, as well know, is undying: it’s there for ever, So the melting of the petals and the flower with the plastic around it meant that the plastic from the bouquet became almost like a muffle around it.

And then we went into macro shots of the flower, which is utter decomposition – they become even gruesome to look at. It becomes fleshy, almost as if you are looking at an organ. And then we started burning them again…”

“So they become these weird objects, but the beauty is there because we still see the color of the flower. And you end up with this kind of violent, aggressive take on what a flower is – and what it becomes after it dies when it reaches a state of decomposition. So it goes from hurt to burn to ruin – but we all still see the beauty in ruin. When you think about physical ruins, you still visit them and cherish them and look at them and remember how the thing used to be. So even though you react to decomposition almost with a sense of disgust, we still feel empathy because it reminds you of the beauty of the flower.”

hurt, burn, ruin and more opens on 12 March in London’s 180 The Strand, in association with The Store X and AnOther Magazine; 180thestrand.com; willyvanderperre.be