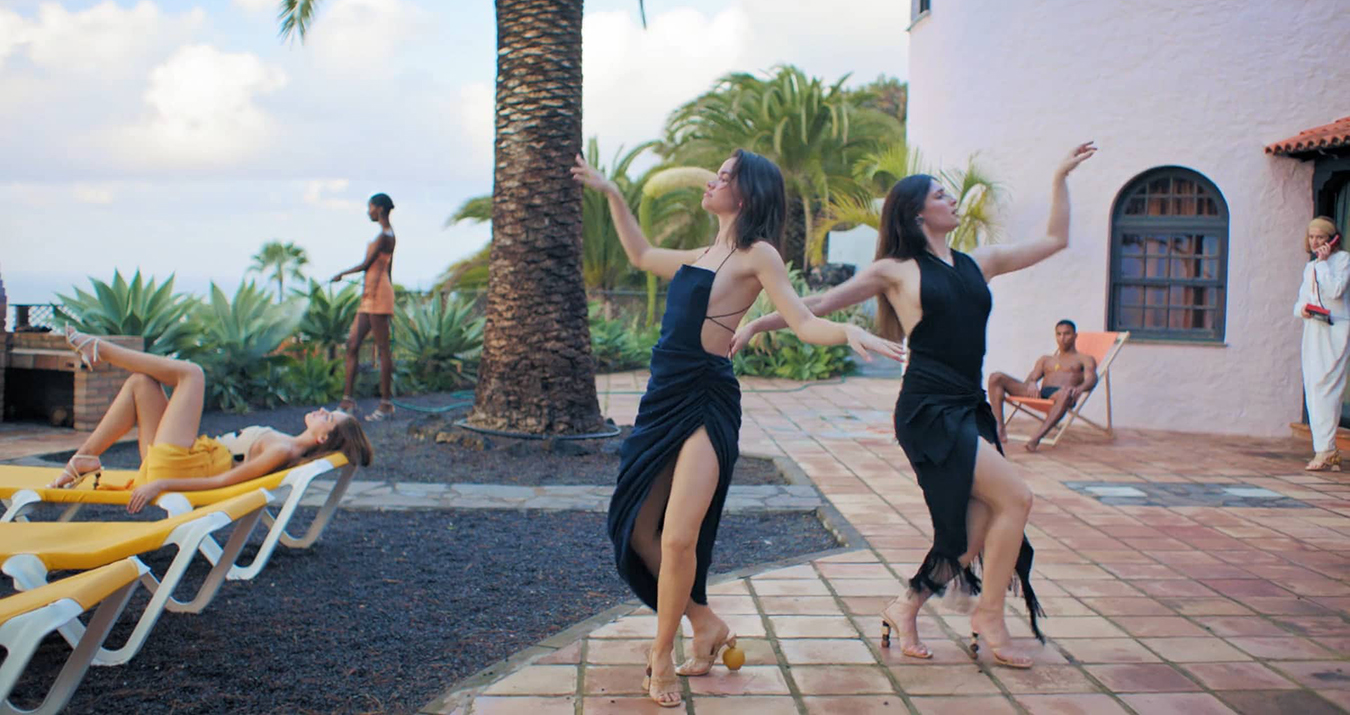 In honor of the launch of his newest collection in store, “La Bomba,” Simon Porte Jacquemus signed a short, energetic film with renowned film director Gordon Von Steiner. The film stages diverse personalities from models to dancers, and an acrobat to Jacquemus’s little cousin Jean. Uniquely shot in a single continuous take, the film brilliantly displays the bold, geomantic pieces of the new collection while alluding throughout to the underlying tropical, paradise-central theme depicted in large part thanks to Gordon’s skilled film work.

The relationship between Simon and Gordon began with the bonding between the two on the video shoot of Vogue Haute Couture staring Céline Dion. From there, the creative collaboration on the “La Bomba” film took place.

To produce a film in one take takes a great deal of skill and expertise, both of which Gordon clearly possess. It is rather apparent throughout the film that Gordon is no beginner level film-maker. He is the real deal to say the least. He has a creative touch like no other and truly knows how to work the camera in the most graceful, natural way possible. His work is captivating to view, and not only does the choreography of “La Bomba” come across as beautiful in terms of the physical movements of the models and dancers, it does so thanks to Gordon’s skilled camerawork that accentuates these movements.

Shot in the tropical location of the Tenerife in the Canary Islands, the film fittingly captures the vibrancy of this season’s collection through the depiction of natural colored clothing pieces and bold, geometric accessories. This paradise-central allusion is further accompanied by the selective music choices.

The Woolmark Company is happily supporting this creative project and the continual collaboration with JACQUEMUS. Simon confesses that, “Working with Woolmark came naturally, considering how much I love wool and use it in all my collections, even in summer.”

“La Bomba” is an extremely unique film that creatively displays Jacquemus’s latest collection in a way that’s tropical and vibrantly bold, yet intentionally daring and clever.