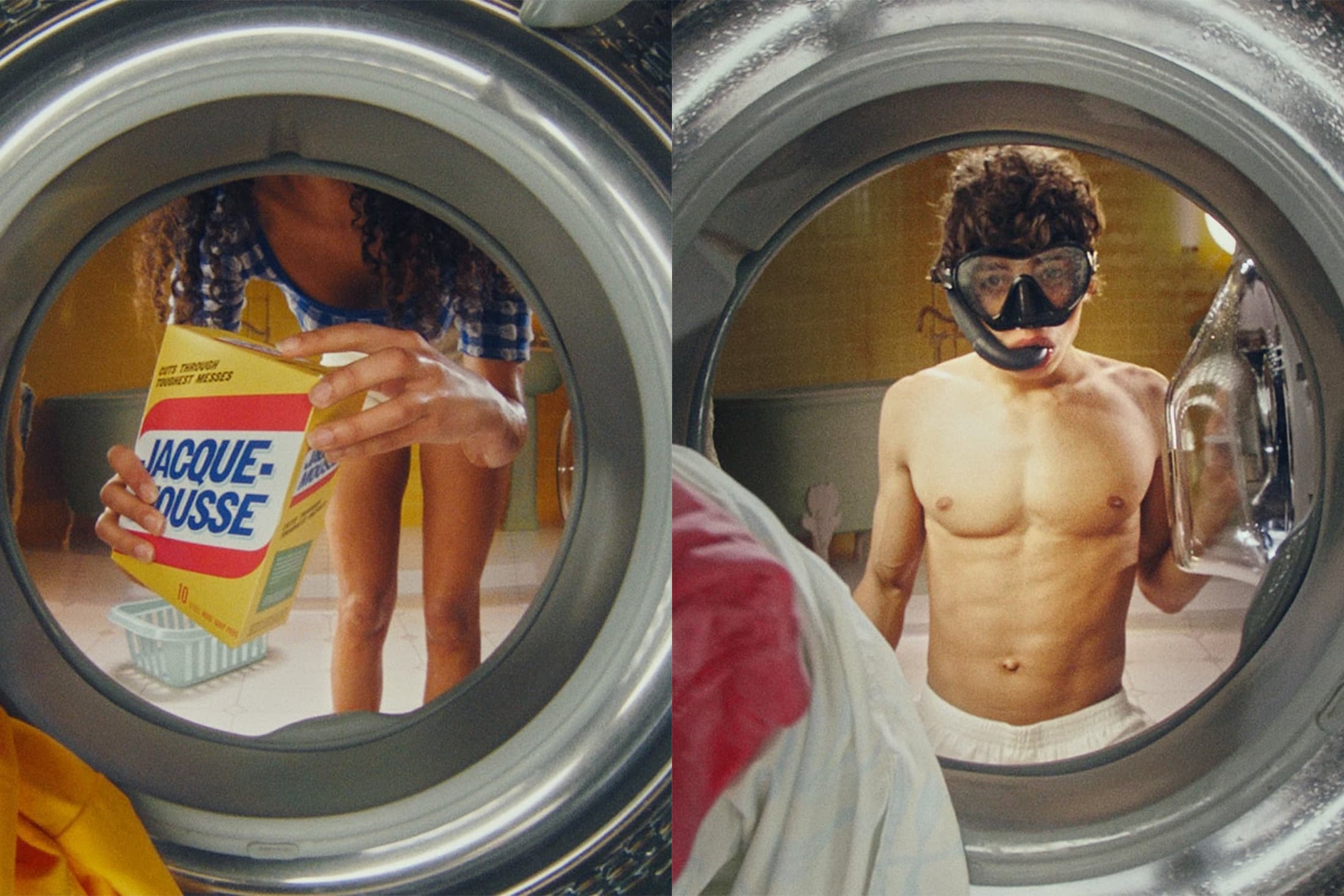 Jacquemus does some spring cleaning with a new campaign that brilliantly plays with perspective. The Spring 2021 campaign film was directed by Albert Moya, with art direction from Kevin Tekinel and Charles Levai.

The entire film is based on a simple yet quite clever cinematographic idea. As if we ourselves are the clothes, we see through a camera that is placed inside the drum of a washing machine in a shared laundry room. Smart film editing has us whirling around joyously in the soapy mix. Every now and then, one of the eclectic cast of characters – a young woman, a young man, an older woman, and a dog – pokes their head in. A goofily experimental and very French remix of the classic Muppets’ “Mah Na Mah Na” song feels like the perfect soundtrack choice.

The film is brief and its idea is simple, but there is so much attention to detail that we get a strong sense of character, narrative, and world. These playful vignettes are so meticulously composed that, seeing them from our unique angle, we immediately feel connected to these characters and the stories of their everyday lives.

The campaign also feels unique in the way that the clothing is acknowledged to be a part of an individual’s life, rather than some art object held up as separate from it. It is both a humble and smart move from Jacquemus to recognize that he is creating pieces to become part of someone else’s narrative. We love that while being a sophisticated, artful designer, he never lets go of his sense of humor. This campaign is an excellent example of that brilliant humor, and we feel refreshed and ready to step into spring. Now somebody let us out of this washing machine.