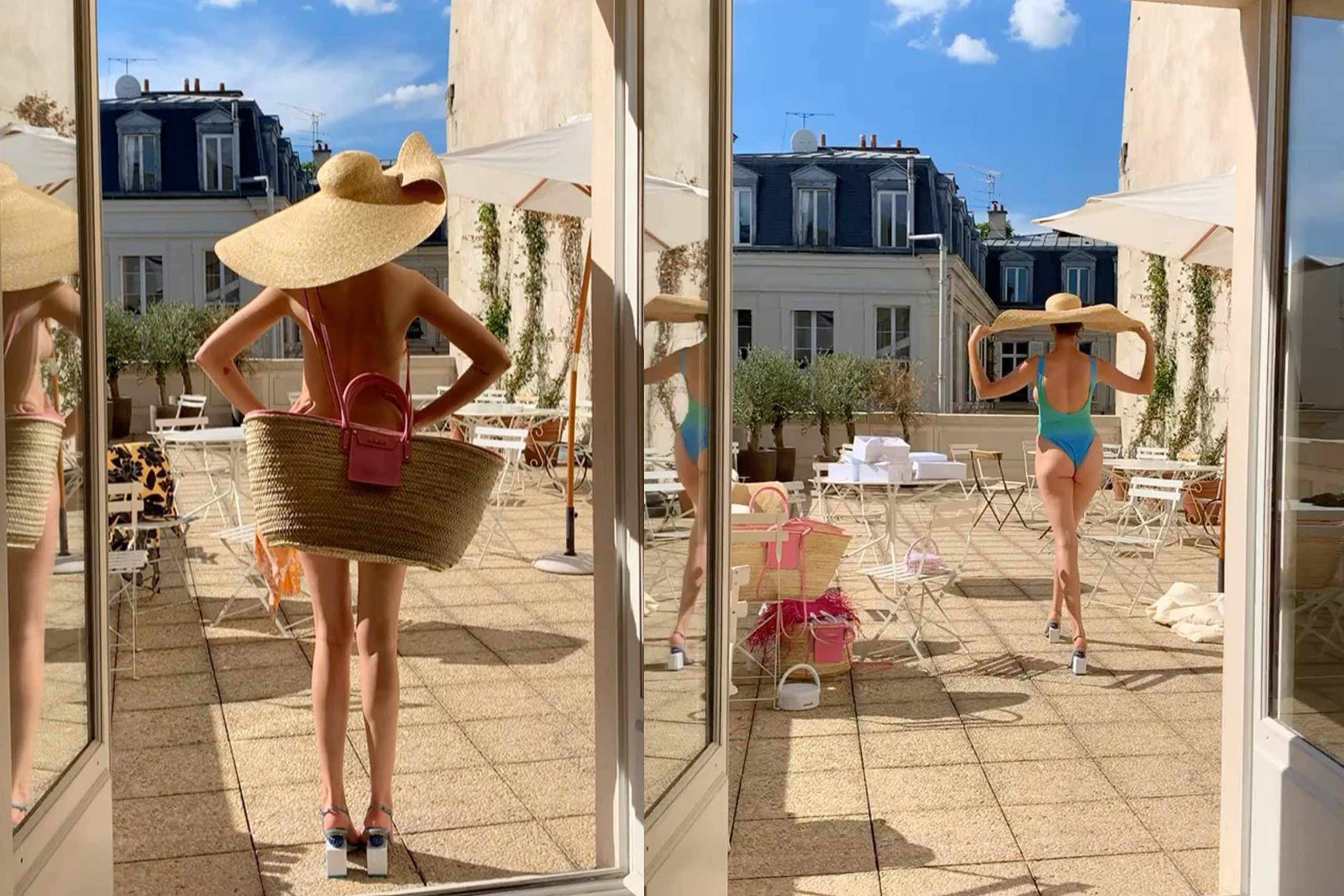 Jacquemus has given us a peek into the mind of a great designer forced to stay inside during quarantine.

Simon Porte Jacquemus took to his eponymous label’s Instagram to share some recent scenes from their headquarters in Paris, forming a sort of spontaneous campaign. A pair of videos transform the studio’s balcony into an impromptu swimwear runway, with one of the videos finding a hilarious way to cover up some tasteful nudity. A series of photographs playfully explores perspective; shots from above make smart use of scale and shadow to find unexpected and humorous combinations of form.

Aside from being a smart way to engage fans with the brand while unable to create traditional campaigns, this simple project is genuinely fun and creative. We can almost see Jacquemus going out of his mind while holed up in the studio, then giggling from behind the camera as he works out the idea that has just struck him. It is an exciting glimpse at raw creativity, at an artist using the tools before him to create for creativity’s sake. We are grateful to Jacquemus and friends for making this summer less of a bummer.