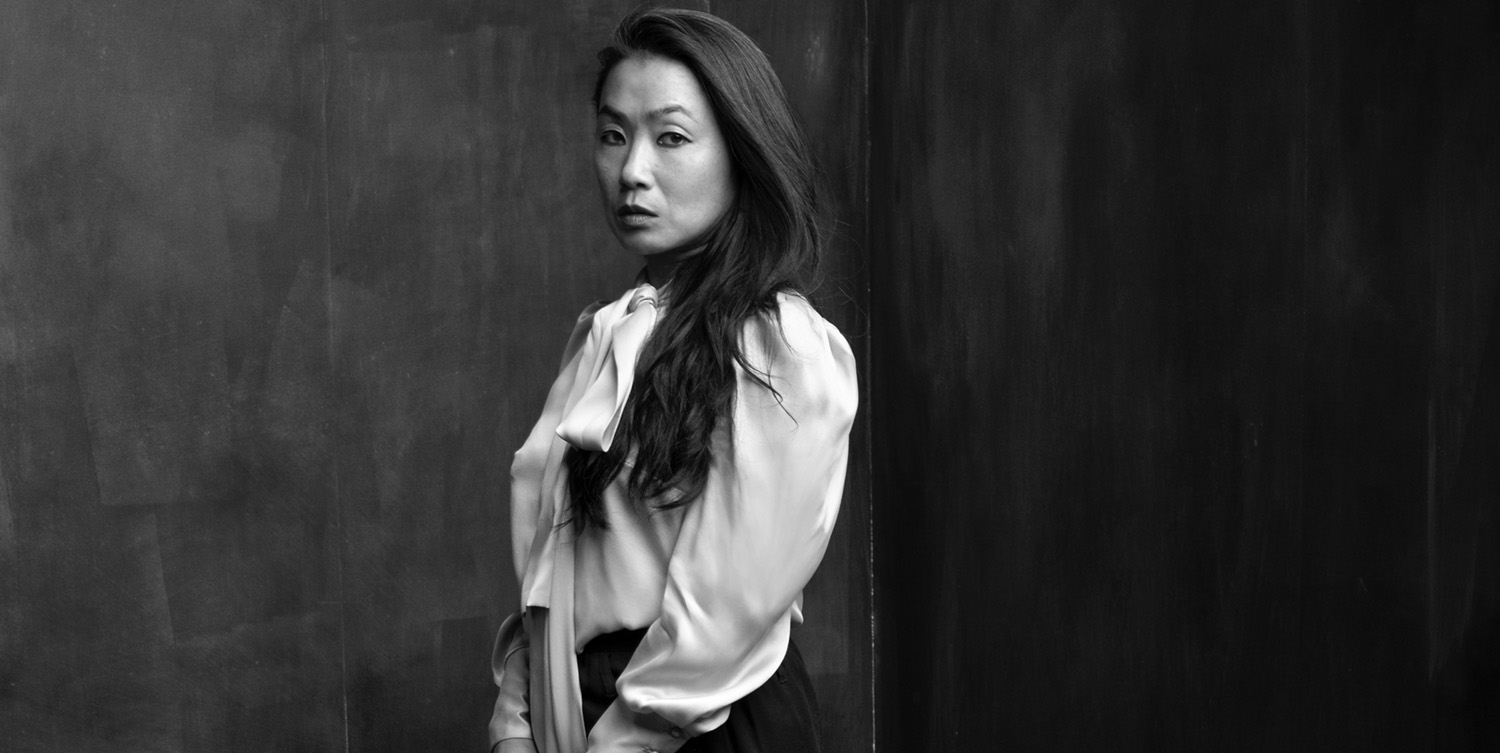 Quality vs. Quantity is an age-old conundrum of the creative arts, and though they are both great strategies, one must decide which one agrees with their beliefs. Jae Choi, the founder of multi-disciplinary agency, TheCollectiveShift, chooses quality over quantity for many reasons, including her experiences as an agent’s assistant at Art + Commerce and later as a leader of a division at the agency. Since founding TheCollectiveShift in 2008, the agency represented photographers John Clang, Nan Goldin, and Tommy Ton among other talents. Obi Anyanwu of The Impression sat with Choi to discuss her career beginnings, the agent-talent relationship, and why she prefers quality to quantity.

Obi Anyanwu: How did you get to start in this business?
Jae Choi: I didn’t really know about the representation side of the business. In my 20s, I worked for Arnell Bickford, founded by Peter Arnell and Ted Bickford, at a period of time when SoHo was extremely glamorous. I left to wait tables after a short period of time there, but my previous co-workers at Arnell that went to Art + Commerce recommended me to be an agent’s assistant. I didn’t really know that much about them, but I got hired right away at the recommendation.

Obi Anyanwu: Nice, and what was Art + Commerce like?
Jae Choi: I was at Art + Commerce for 12 years. I was lucky to have the opportunity to go from an assistant to an agent of my own division because that didn’t really happen at all. During my later years at Art + Commerce, other agencies were coming up, and I felt it was time for me to go out on my own. That’s when I opened TheCollectiveShift.

Obi Anyanwu: How was the learning curve from working at one of the majors to starting your own?
Jae Choi: Of course, I didn’t have the same kind of support, back-end systems, and financial accounting, but those are challenges that all business owners go through. In terms of transitioning, I didn’t experience much out of the ordinary because I had so much autonomy and had participated with the partners in the management of the company towards the end of my time there.

Obi Anyanwu: Let’s talk about the financial side of things. Did you have to take on clients in order to hit your goals?
Jae Choi: This will sound extremely naïve, but the financial side never led me. TheCollectiveShift could have been a company with 50 artists and many offices, but that’s not what I wanted. Of course, when you’re running a business, you are looking at the bottom line, but I was lucky to have choices where I didn’t have to take on every client to make money. I didn’t want to make money at the risk of doing things that I didn’t believe in.

Obi Anyanwu: What makes a good partnership between an agent and talent?
Jae Choi: I think it depends on what an artist wants in their career. TheCollectiveShift is fairly simple in that we always look for certain artistry. We want someone who is unique or has a recognizable stamp. We respond to that first and foremost. Then, of course, you have to be a nice person. We don’t want to work with a jerk. I mean, we’ve done it, but we don’t want to do it anymore.

Obi Anyanwu: I don’t think we’ve heard that enough. Nobody wants to work with a jerk, why would you?
Jae Choi: I think it’s a double-edged sword in some ways. As an agent, your job is to get things and make things happen for the talent. And sometimes by the sheer fact of you doing your job well, you could create a monster. Where’s the fine line?

You have to be able to bring different points of view. I’m not the agent that says yes to all of my talent. It’s not always about agreeing because sometimes, a new point of view comes with friction. You want things to be harmonious, but harmonious doesn’t necessarily mean saying yes to everything either. I am outspoken, and will always give my point of view. We can discuss it and come to an approach, together or not, but at least they know I advise in a certain way. If they choose not to follow it, then that’s their prerogative.

At the end of the day, you’re all working toward the same goal. You may not have the same strategy to get there, but you’re working together.

With technology being more affordable now than ever, everyone is a photographer. Because of that, unfortunately, part of the artistry, creative, and craft has diminished. That’s where the industry is different. Before, there was more respect for someone’s point of view and vision, and how to translate their particular vision for that brand. I don’t think that’s part of the conversation right now.

Obi Anyanwu: And is that OK?
Jae Choi: Not to me. It’s all, in a way, dominated by the press and events to keep people interested. But then what? Does it actually turn into something?

By feeding this constant need for new material, does that actually generate the results? How does your brand stand out in the sea of all those images? How is the consumer supposed to know what one brand is versus another, and why should they be attracted to one brand? You have some sort of experiential thing happening at the store? Great, but how does that tie me to you as a consumer?

Obi Anyanwu: Are these the types of conversations that agents have with brands?
Jae Choi: I don’t know if other agents do. I have some brands and people that I talk to.

It’s a bit different when you’re working with someone like Nan Goldin. You have to allow her to create an environment in which she can feel connected, whereas, it’s a whole different thing for a commercial photographer.

To succeed as a photographer now, unfortunately, it’s about how many Instagram followers you have. Of course, that’s first and foremost a question for the models and people in front of the camera, but even the people behind the camera get affected by that.

It’s a difficult landscape to navigate because you’re also talking about a place where everyone has a hyphen in their title.

Being a brand was not really a part of the conversation five to ten years ago. You did your work and you made your stamp. A lot of the people that I’ve been privileged to work with, like the late David Armstong, had that stamp.

Obi Anyanwu: For anyone that aspires to be an agent, what is some advice that you would give them?
Jae Choi: I think that depends on the type of agent you want to be. There are people who want to be agents because they love deal making. I think you have to care about people. You have to care about creating the work, art, imagery, and care for the image-maker, whether it’s an illustrator, makeup artist, lighting, or a stylist. These are all part of image making. Without it, the magic does not happen. You have to be obsessed with that, you have to love it, and you have to want to make things happen.

Sadly, today, quantity overshadows the quality. I came up during a magic period in the business. When I started at Art + Commerce, I was assisting Becky Lewis who represented Glenn Luchford. Glenn was shooting the Prada campaigns and had the luxury of being able to go on location and the time and space to create beautiful imagery. His iconic images still stand the test of time because creativity was allowed to happen. There was this emotional attachment. Unfortunately, I can’t say that I look at a lot of ads and feel the same way. It just feels a lot like just getting the job done.

Obi Anyanwu:Do you see any opportunity in choosing quantity over quality?
Jae Choi: Not for me. My mantra would never be quantity over quality, but that’s a personal choice. I wish I could say that the agents working now have all of the advantages, but I’m not sure that they do. I think if anything, you have to work harder.

People consume media differently now, and how people connect is different. If you can zone in on that and figure out how to bring more value to that, then great, but right now, everyone’s talking at you. There is no dialogue, only snippets. You post something, and someone says, “I don’t like that.” Opinions informed by just one image and not the whole history. There is no tool to comment on an entire history, just a single image. Even if you have quantity, which everyone does now, how are you using it to engage dialogue on the whole? Today, we have everyone consuming within a short span of space and even a shorter attention span.

Obi Anyanwu: We’ll keep sharing the whole of the story for everyone to discuss.
Jae Choi: Thank you.