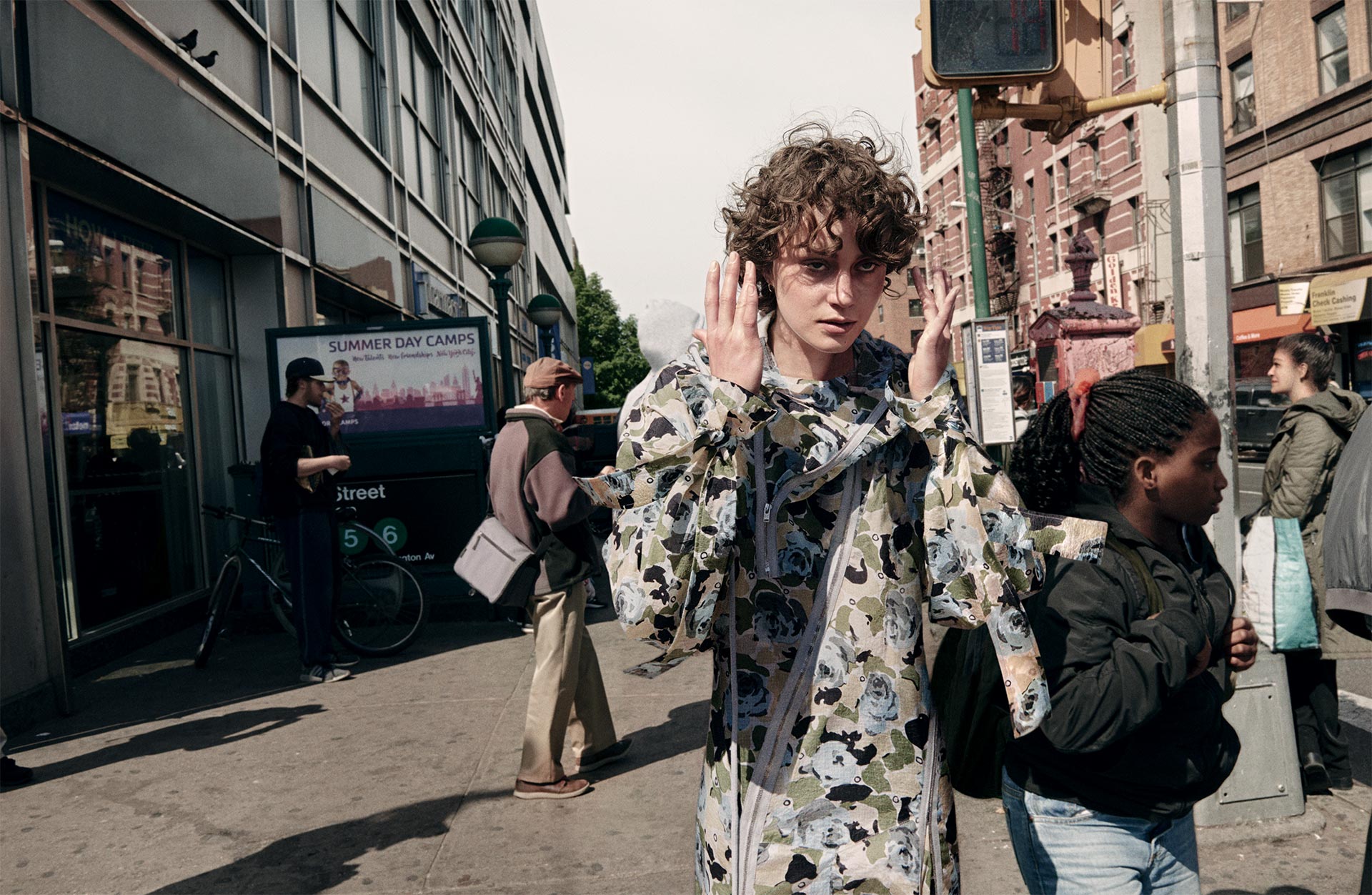 Oliveira Baptista had originally conceived of his first campaign as a photographic road trip to the Azores, where he was born, with Luchford and stylist Jane How, a longtime friend and collaborator, along for the ride. When the pandemic hit, as with everyone else, the team had to scramble to make new plans, and find new ways to come together through the isolation.

Luchford came up with a whole new concept of distance photography. The team selected images from his archives. (It is a testament to Luchford’s dedication and prowess as an artist that, at the age of 52, he has such an impressive catalog of work that can be called vintage.) Once the selection was made, the clothes were sent to New York or Los Angeles, where Luchford shot his models in the same pose and under the same light as the vintage picture, this time wearing the KENZO Fall-Winter 2020 collection.

The resulting images have an almost inexpressible quality of timelessness. We feel almost as if we have encountered these images within the pages of some faded and forgotten fashion magazine, but the styling and attitudes of these characters feels completely new – not quite futuristic, but more then contemporary. Instead of conflicting, these senses of past and present combine wonderfully, creating a simultaneous sense of excitement for the past, nostalgia for the future.

This aesthetic impact is an elegant way to express Baptista Oliveira’s “Going Places” concept for his collection. Though he is not directly referenced and the campaign was created before his passing, it also feels like the campaign honors the legacy of founder Kenzo Takada. A fearless designer who confidently balanced tradition with bold experimentation, Takada was always going places – in space, in time, in imagination. His legacy is in good hands.