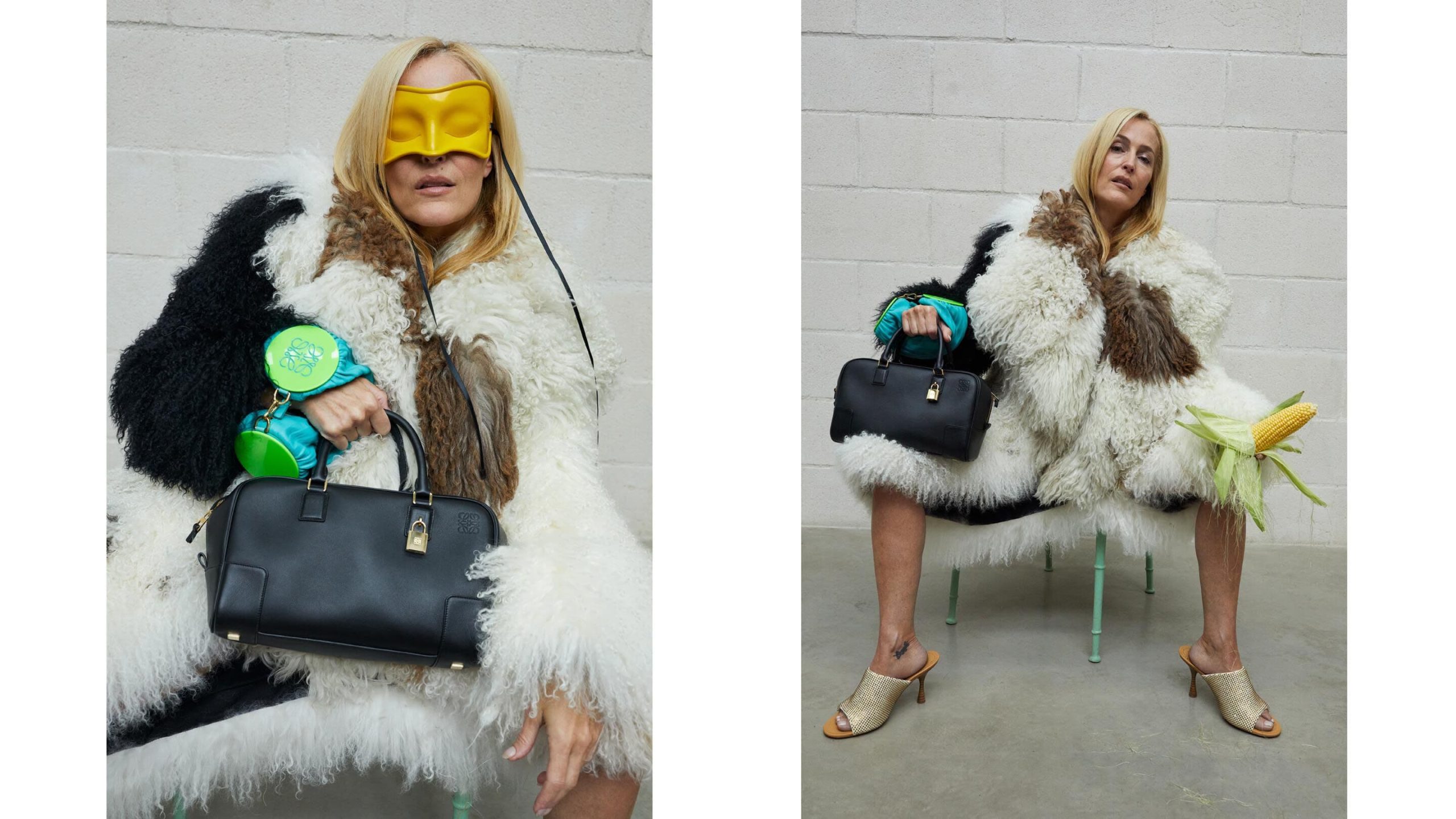 Loewe celebrates the launch of its newly reimagined Amazona bag for Fall 2021 with a new campaign captured around the world by photographer Juergen Teller.

First launched in 1975, the Amazona bag has been reimagined in three new shapes to coincide with the Fall 2021 collection, which marks the house’s 175th anniversary.

Taking its cue from the bag’s namesake, the campaign’s cast is mostly composed of iconic, strong creative women – such as Gillian Anderson, Arca, HyunA, and Tracee Ellis Ross – but features some nice gender diversity as well.

Teller brings his signature eccentric yet elegant photographic style to capturing the portraits of these international protagonists. He impressively manages to emphasize the eclecticism of backdrop and personality while still making the campaign feel like a cohesive whole. Finished off with the brand’s wordmark and a white border, the images are striking and magazine-ready.