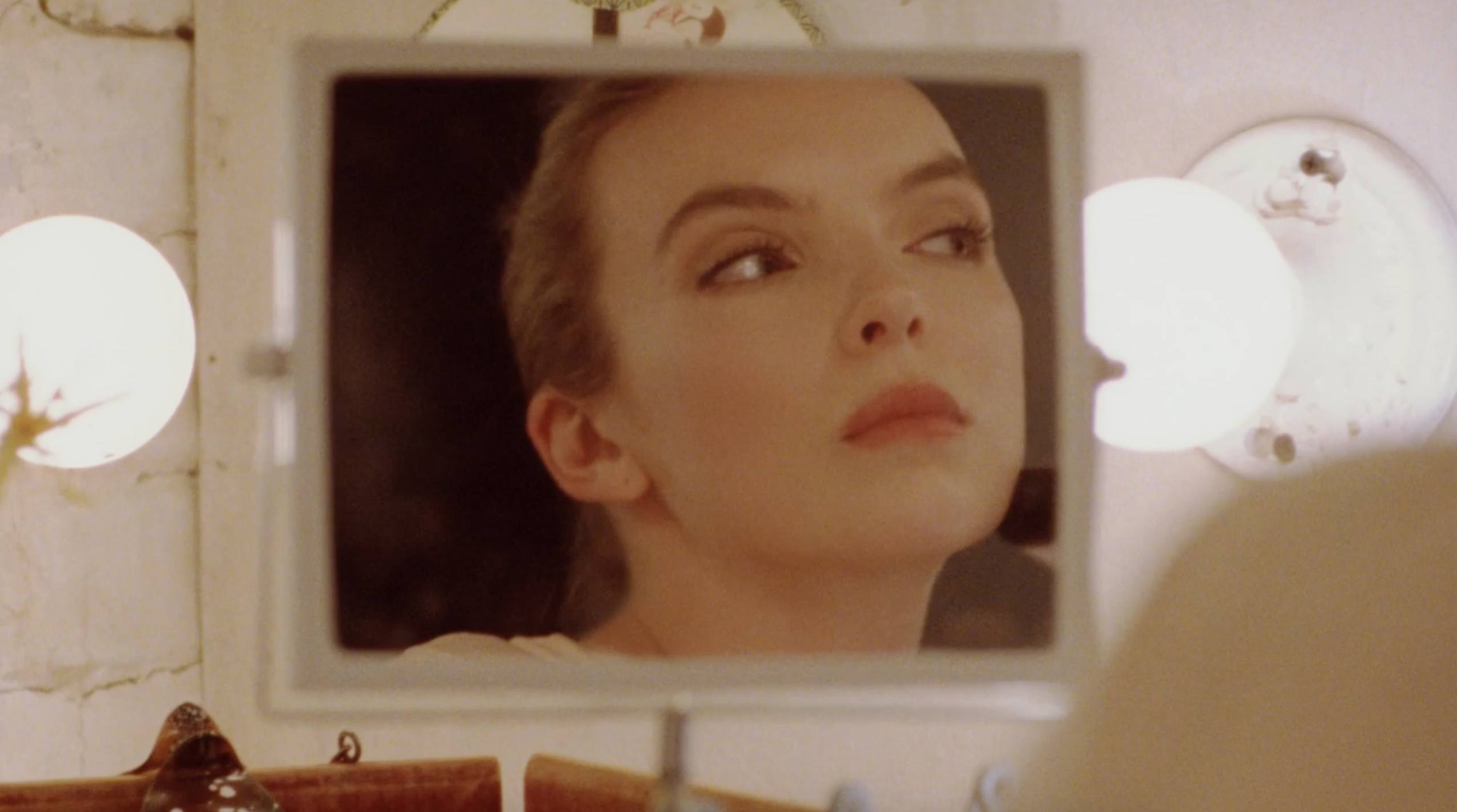 Success often makes those who attain it seem more than human, individuals whose talents are so awesome that they must have been acquired by some divine grace and not mere practice. Either Way, a new short film produced for Loewe by Jonathan Anderson with collaborators Steven Meisel, M/M (Paris) and director Benn Northover, rejects this notion with its intimate portrayal of Emmy and BAFTA-winning Killing Eve actor Jodie Comer. Hovering just behind Comer and panning from mirror to mirror, the camera captures scenes of the actor warming up before a performance. Comer shuffles through a plethora of emotions with an intensity that belies both her talent as a performer and the dedication with which even she must practice. Although each emotion she portrays is unique, there is a commonality between them in the single word she utters with each performance, “LOEWE.”

Comer crisply articulates each syllable of the word, breaking it into “LOW-EV-AY.” The trinity of these syllables is echoed in the film’s accompanying print campaign which, in keeping with LOEWE’s collaborations with Meisel and M/M (Paris), consists of three images. The first image, a portrait of Comer’s image in the mirror shot from just over her shoulder, retains all the intimacy and drama of the short film. In the second, a photograph from Meisel’s A Show of Hand series, a green ooze drips through finely manicured fingers whose rigid grooming greatly contrasts with its organic form. The final photograph features three of LOEWE’s new Lazo Mini Bags in soft orange, yellow and burgundy calfskin leather stacked whimsically into a triangle, continuing the repetition of three and bringing the trilogy of photographs to a close.