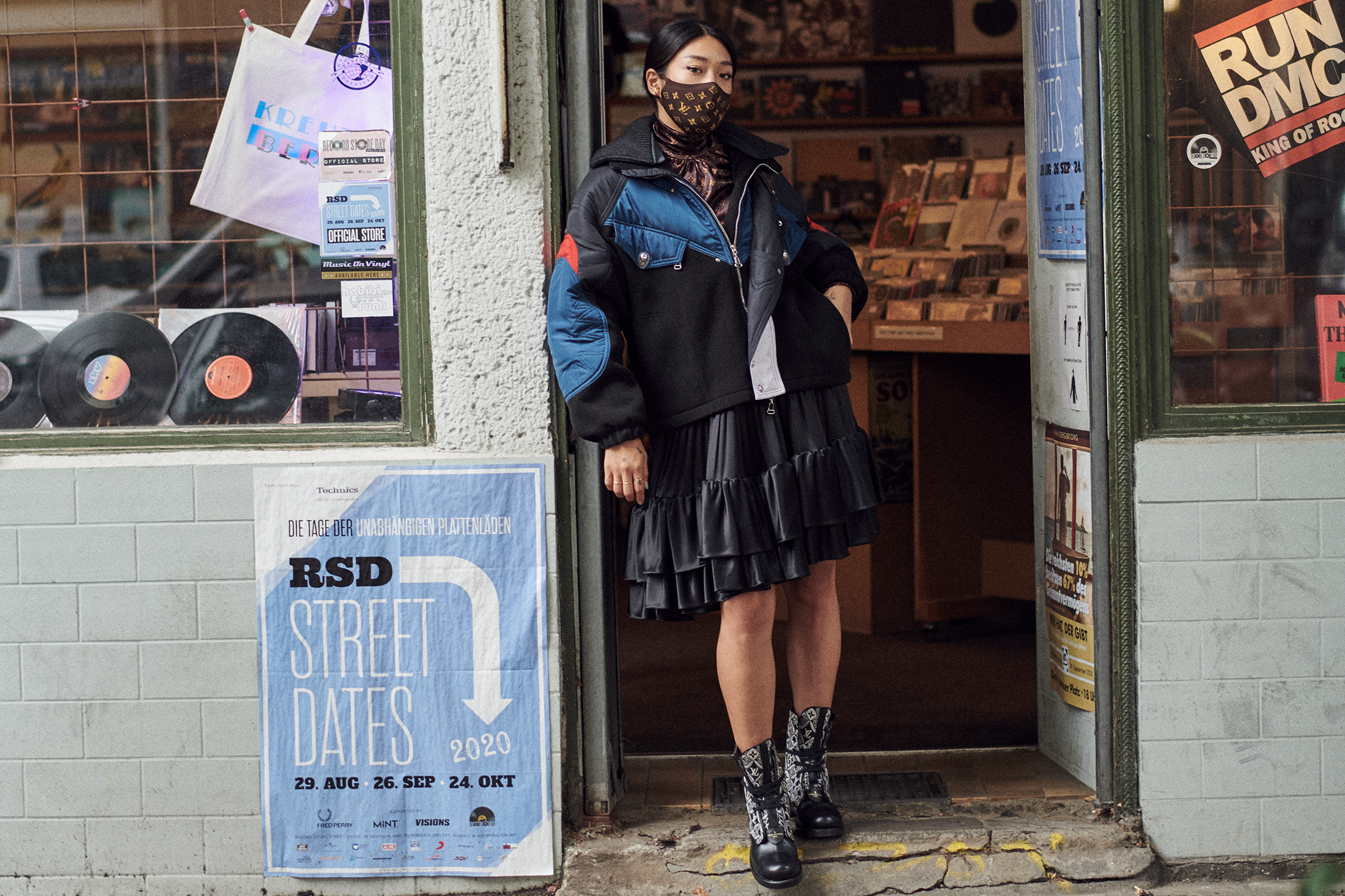 A Louis-Vuitton-Filled Day In The Life Of Berlin Based DJ And Designer, Peggy Gou

Louis Vuitton has launched its Fall 2020 shoe collection via a video showcasing a day in the life of Peggy Gou, a Berlin-based South Korean DJ, record producer, and fashion designer. Throughout the promotional video, she exhibits how Louis Vuitton is folded into her youthful, aspiration-filled life.

The video begins with her rolling up on a custom Louis Vuitton bike and swiftly moving into rapid jump cuts showing her day to come. These fleeting shots each feature a different pair of shoes. That sequence ends with her putting on one of her own records showing the audience who she is and what she does. The video then transitions into displaying her pacing around her apartment’s balcony decked from head to toe — wireless earbuds and all — in Louis Vuitton product. She receives a call, and the narrative of the video begins from there.

The call seems to be an invitation for a gig later on in the day. She expresses her interest and goes to get dressed — more specifically, to pick out her footwear. Louis Vuitton takes this as an opportunity to display many items in a short amount of time. Trying to sort out whether the gig is a “nighttime thing” or a “daytime thing,” she cycles between two pairs of shoes. Moreover, the floor beside her chain is strewn with other products: luggage, handbags, and clothes. This shot sequence ends with the phone companion telling her it’s a “Livestream thing.” This is a comic moment alluding to the restrictions the virus causes everyone these days. She removes her shoes, sits back in her chair barefoot, takes a big sigh, and chuckles.

After dawning another complete Louis Vuitton outfit, she leaves her apartment, mounts her bike, and starts to make her way through Berlin. Meanwhile, the video has a voice over where she speaks to how her creativity affects her day; she describes her impulse to stop anytime something catches her eye — a luxury of a young artist’s life. The first stop of her outing is a juice bar, but ultimately she ends up at a record store where she peruses the music while sporting a Louis Vuitton branded mask. She finds a record she likes and, with the store clerk’s permission, puts it on the turn table. The record store now becomes a makeshift club of Gou. In the voice over, she laments not having the normal opportunities to perform, but speaks to making the best of her circumstances as the video ends with the lights flashing and her dancing now in a Louis Vuitton face-mask.

This video is clearly aimed at Keepign the house relevant to youth. The creative spontaneity, the jokes, and the cometary on a shared experience of the pandemic keeps should keep the audience engaged. The two and a half minute video is punctuated with comedy moments — about every 30 seconds or so. This keeps a younger audience engaged with and delighted by the video. She is speaking to a restless generation eager to move, build, and create, and she has displayed a very attractive lifestyle to a person with those desires.