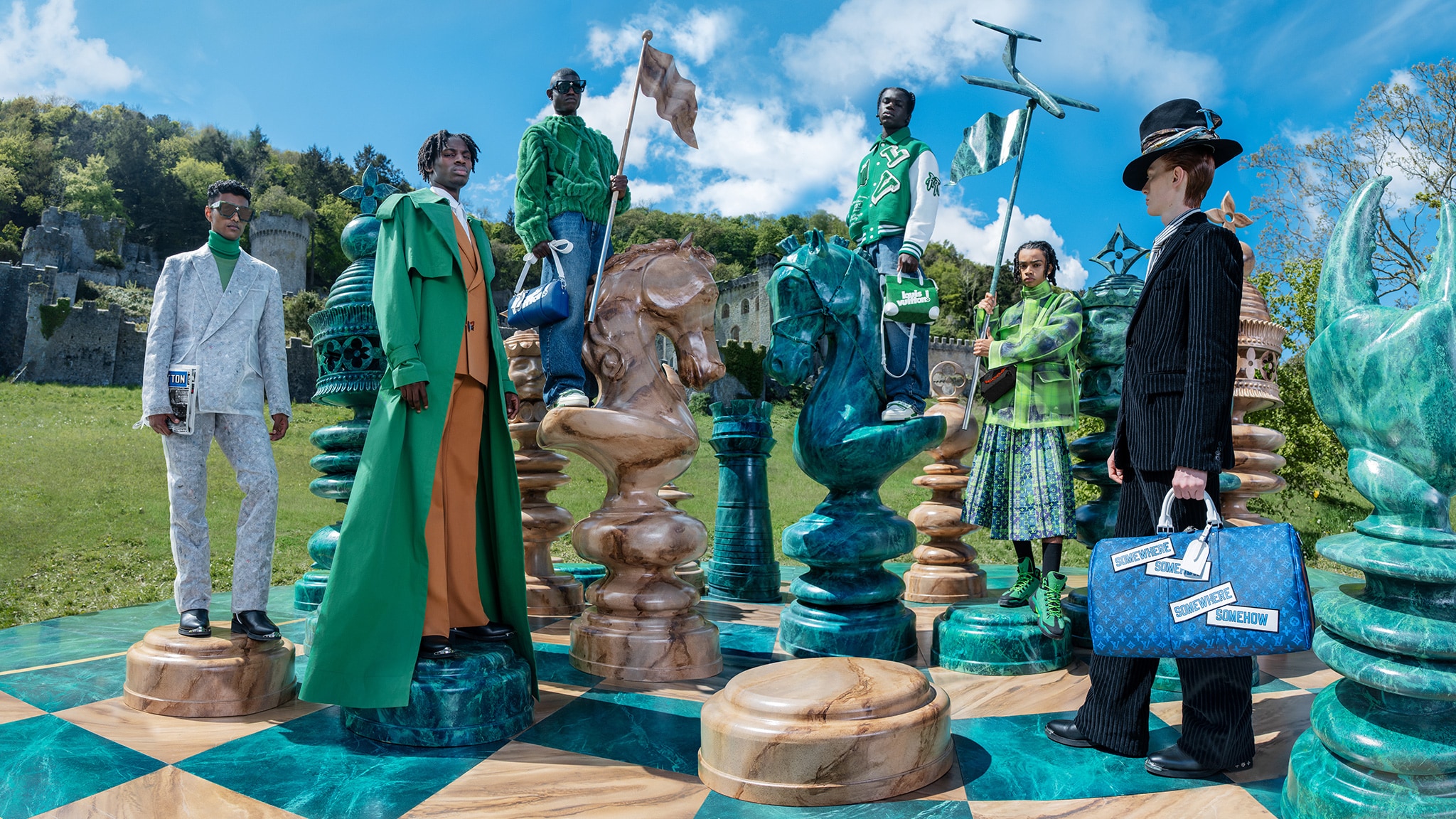 Virgil Abloh’s latest entry in his Louis Vuitton world continues the artistic director’s subversive exploration of masculinity, uniform, and the unconscious. The selection of looks casts each protagonist as a recognizable archetype through 20th-century culture and media: the writer, the salesman, the architect, the student, and more. But by imbuing the grammar of these codes with his distinctly personal and progressive vision – sometimes it’s a subtle tailoring change, or sometimes it’s an overt and all-over use of a psychedelic monogram – he creates a distinct language of dress that forces us to examine and reshape our unconscious biases about these personas.

Walker’s surreal campaign imagery situates these characters in a life-size game of chess. In his film, they move in regimented rhythm across the chessboard, the choreography falling somewhere between a dance and a military marching display. The imagery finds a gorgeous visual harmony between the colors and shapes of the collection, the positions of bodies, and the squares and pieces of the chessboard. With a consistent color scheme of green, silver, black, and the occasional red, the photographs feel incredibly rhythmic. A deep blue sky dotted with fluffy clouds creates an abstract narrative continuity from Abloh’s and Walker’s previous two campaigns.

The imagery of chess comes with a bevy of interrelated cultural and aesthetic connotations: intellectual elitism, medieval militarism, misogynist exclusivity. The presence of the Welsh castle in the background of the photographs helps to emphasize this suggestion of the rigid institutions of antiquity. But at its heart, chess represents a coming together of two people who see each other as equals. By building up his own vision of freedom and expression on top of this historical foundation, Abloh strips away this cultural baggage and reclaims the aesthetic as his own language, creating a symbolism that’s not entirely new, yet that we have never seen before.