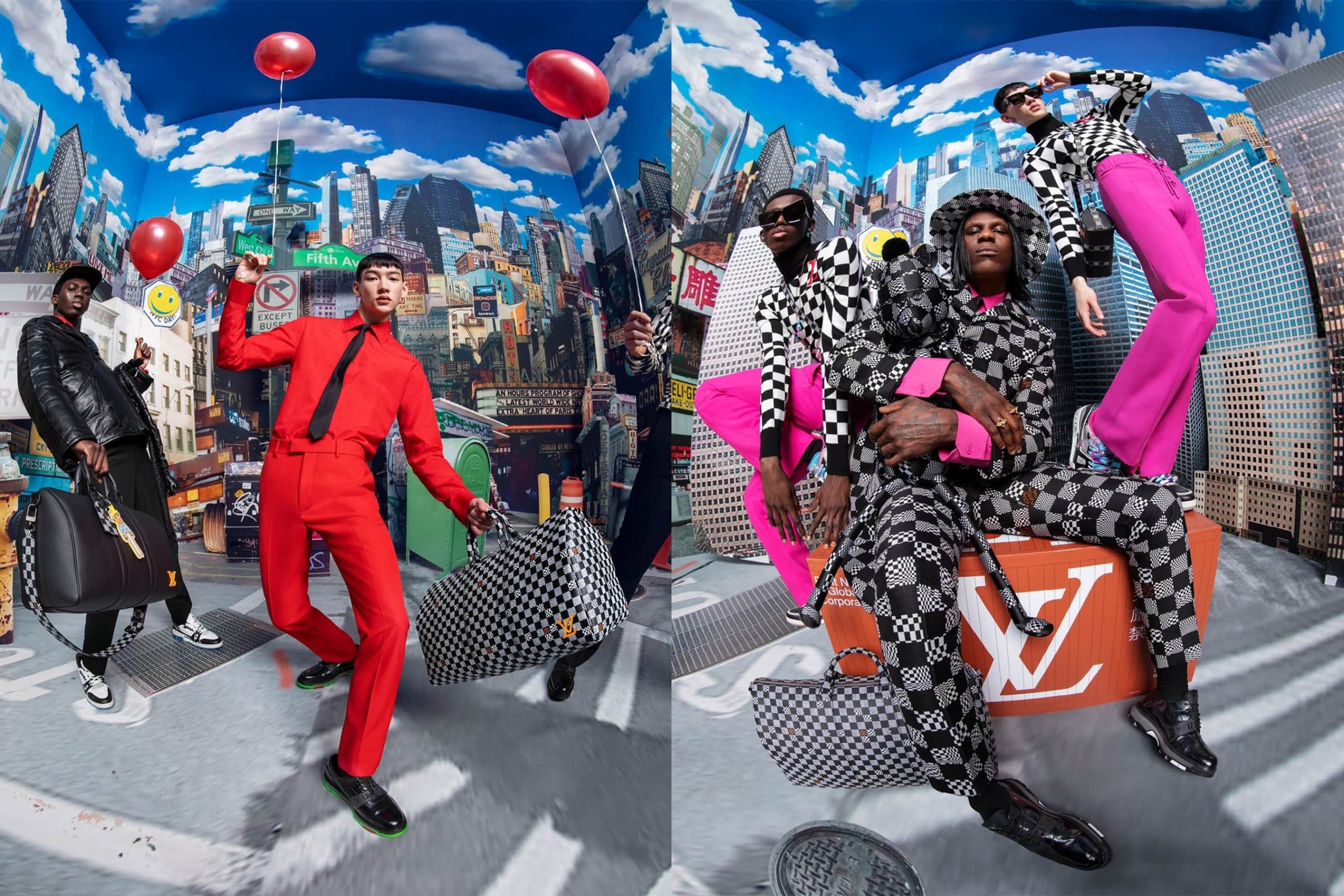 Continuing to transcend borders of both the world and the imagination, the Spring 2021 campaign from Louis Vuitton Men’s is a joyous explosion of color and possibility. Creative director Virgil Abloh worked with photographer Tim Walker to further develop his international celebration of inclusion and unity.

The campaign continues the exploration of boyhood and fantasy that has characterized Abloh’s last few collections and their campaigns. The motif of clouds from the Fall 2020 campaign has returned, but this time around they float above a fantastical city. Abloh and Walker worked together to develop the visuals for this colorful locale, which seems to be a combination of major cities from around the world, creating an exciting sense of multiculturalism.

Abloh’s youthful protagonists fill this space with a larger-than-life energy. They stride, hop, and dance across the city center’s intersection (a potent visual metaphor), embodying the energy of the colors and patterns they wear. Bright reds, pinks, yellows, and blues pop against slick black suiting. Optical Damier prints put a psychedelic spin on the signature pattern of two-tone ska, the Jamaican musical style that was exported to London in the 70’s – where it became emblematic of racial solidarity and unity – and then around the world.

Abloh’s sense for visual codes, and the way he uses it to foster possibility and inclusion, are deft and inspiring. The imagery depicts a dream come true, what happens when a boy who dreams of coming to the big city and connecting with people there actually gets that opportunity.

I strive to employ fashion to reflect and affect ideals of inclusivity, unity, and humanity.

Doing just that, the campaign is perhaps the strongest example yet of Abloh’s ability to use the language of fashion to guide us toward imagining a better and more beautiful world. His imagery fills us with a love for humanity, and inspires us to get creative and act on it.