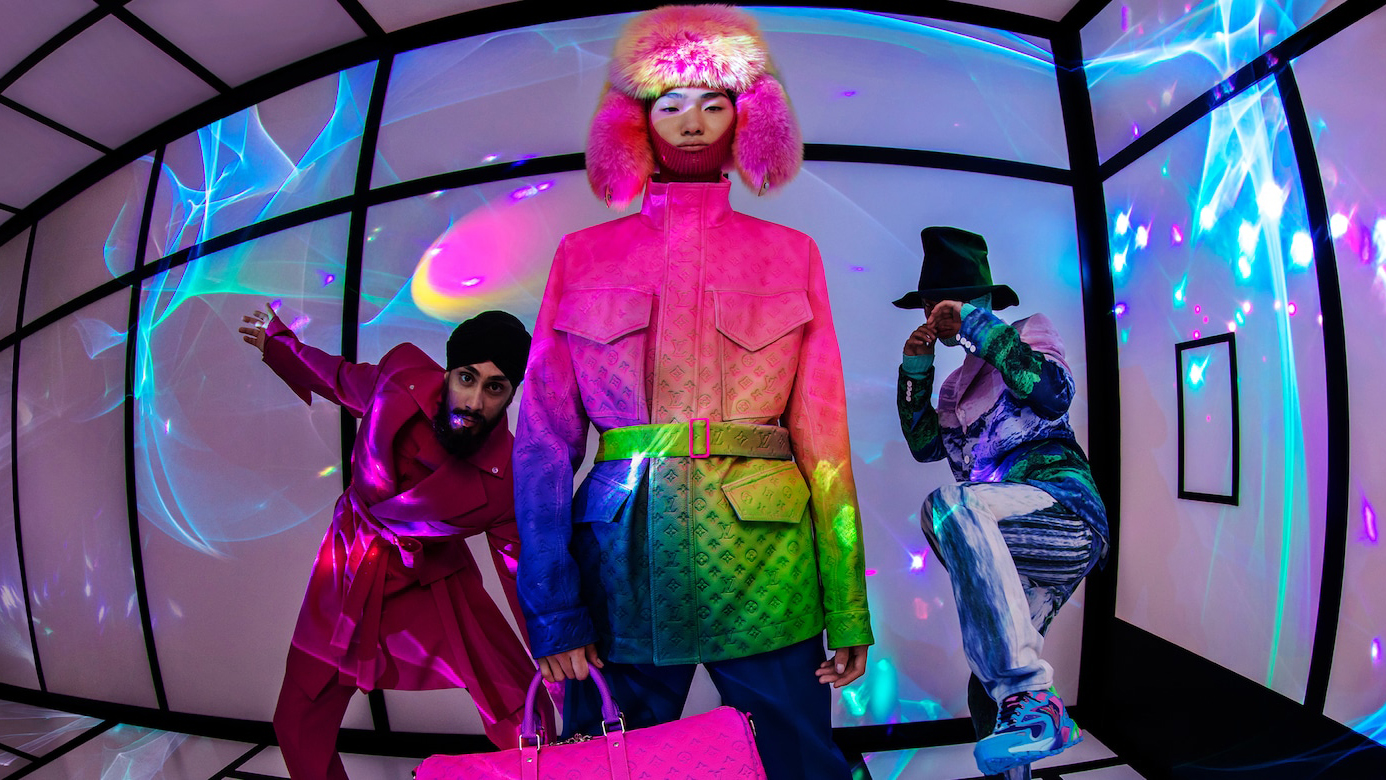 The Louis Vuitton Spring 2022 campaign amplifies Virgil Abloh’s intention to zoom in and out on archetypes and subcultures. The collection explores the myth of ownership in contemporary creativity. Amen Break metaphorically informs Virgil Abloh’s latest collection, which was first showcased last summer and on the Miami Runway. This little-known 1969 drum solo became a founding factor in hip-hop and jungle music and has been sampled thousands of times since. Captured here by Tim Walker, the collection explores the symbolic values of rave culture and martial arts in an electrifying new campaign.

By simultaneously highlighting various archetypes’ cultural context and their collective re-contextualization, the collection applies the Amen Break analogy to fashion where the staples of suits, tracksuits, shirts, and t-shirts are re-interpreted on a never-ending loop.

With its cross-pollinated gene pool and sartorial codes, rave culture serves in this collection as an example of the multifaceted subcultures that fashion draws on today. Rich in details, the collection juxtaposes everything from rave’s signature tracksuit with the tailored suit to party-ready neon colors with traditionally masculine hues.