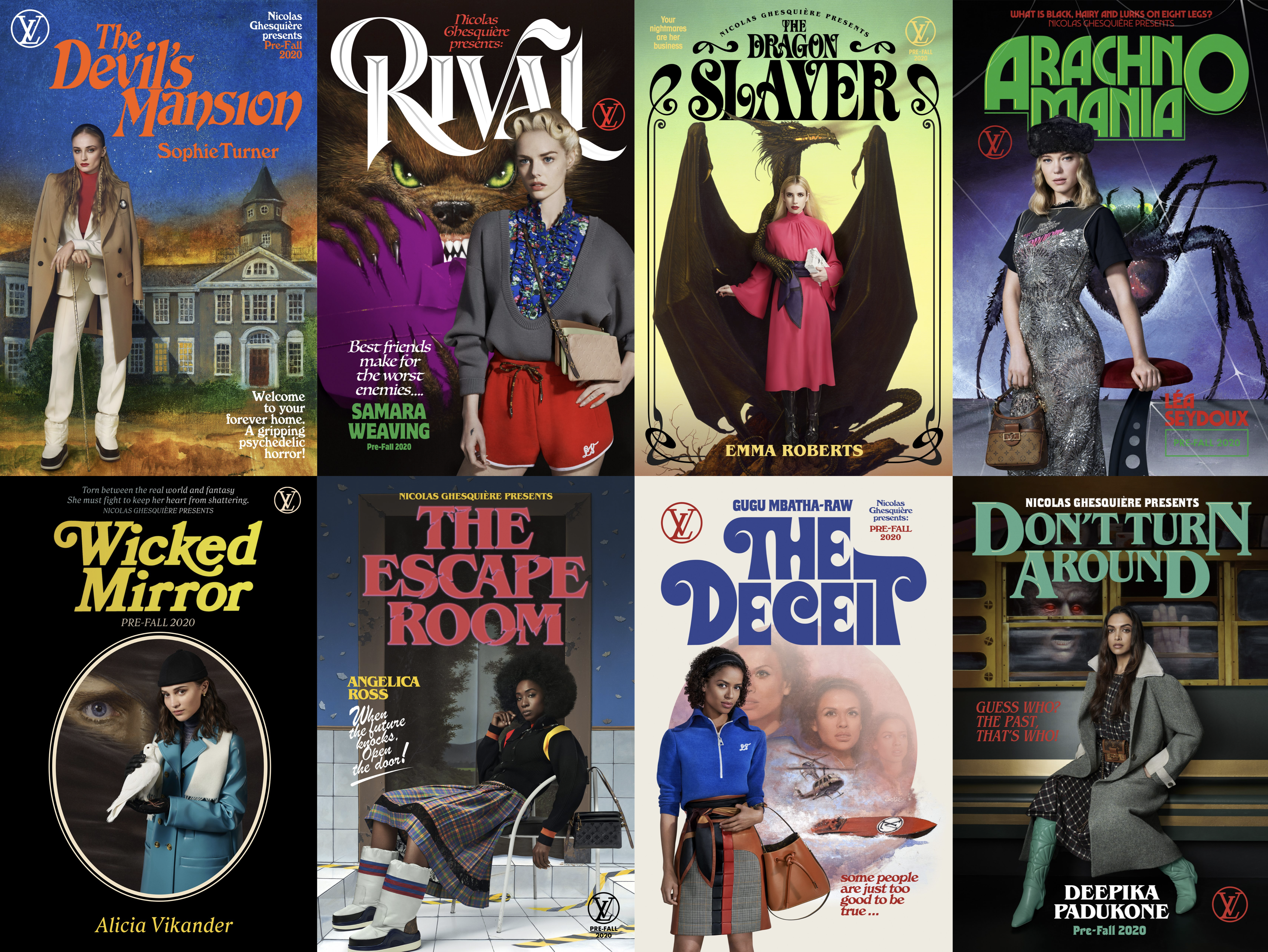 Who gets to decide when something is art? When does fiction become literature? Throughout the 20th century, pulp fiction – those cheaply bound paperbacks with gonzo stories and, most importantly, bizarrely fantastical cover art – raised questions and turned noses, even as it became wildly popular with readers. Reaching the peak of its cultural saturation just before WWII, the style then retreated underground, steadily bubbling under the surface, and especially found a home among the weirdos of the ’70s. While it may have just about disappeared from the scene, pulp’s aesthetic legacy and challenge to traditional ideas of who can consume literature and how to remain essential elements in contemporary culture.

Taking his cue from this legacy, Louis Vuitton creative director Nicolas Ghesquière presents the house’s wildly creative Pre-Fall 2020 campaign. Starring a large cast featuring an international group of actors and musicians, the campaign is a series of cover illustrations for imaginary pulp novels. Each cover features a different member of the cast sporting a look from the collection, and they blend seamlessly into the zany but beautiful artwork of these fantastical worlds. Actor Rinko Kikuchi poses in the cockpit of an alien spacecraft. Musician Woodkid, who composed music for Ghesquière’s 2019 shows, prepares for a post-apocalyptic death race. Actor and activist Angelica Ross looks awesome in an afro and chunky boots as she reclines before what can only be a secret laboratory. Gorgeous, dramatic lettering and corny taglines complete the look, creating the sense that we could find these titles on the shelves of any hazy 70’s bookshop.

Visually exquisite and brilliantly conceived, the campaign manages to be very fun while subtly raising questions about art and industry. Like literature, fashion is often plagued by gate-keeping; there is an exclusivity around it, a culture that, for economic or social reasons or otherwise, does not let many in. While Nicolas Ghesquière is no outsider himself, his celebration of an art form and cultural movement that embraced freedom of expression and accessibility feels very important. This campaign is truly spine-tingling…