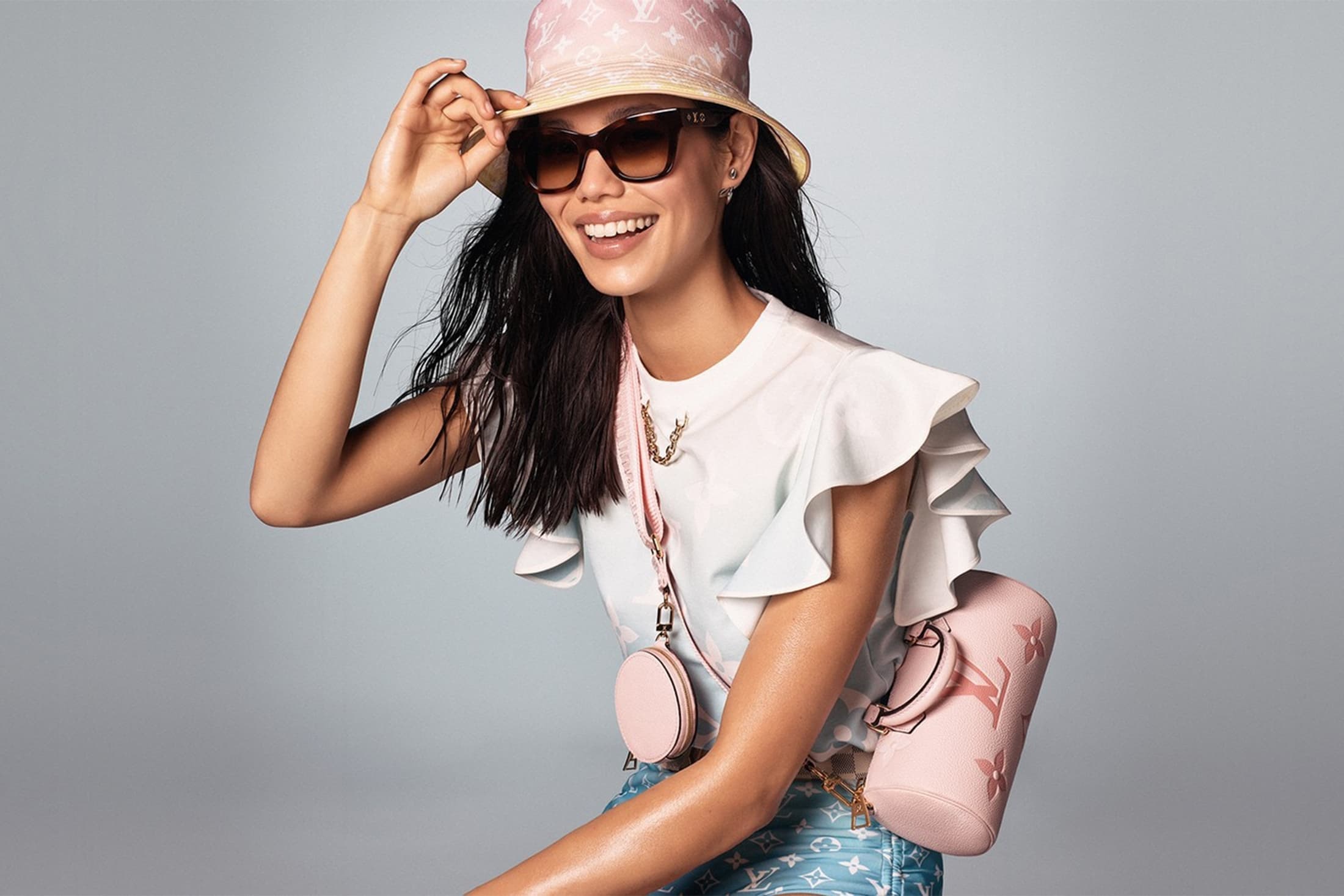 Louis Vuitton dives into Spring 2021 with a new campaign titled “Summer by the Pool.” Featuring photography by Steven Meisel, the campaign takes an interesting visual approach to capturing the summery mood of the collection.

An exciting group of models channel the dynamic and playful energy of summer, and Meisel captures it all in straightforward studio portraiture. Considering the collection’s theme and the campaign’s title, the studio approach to the imagery is an interesting choice. We would have expected the campaign to have some beautiful, summery, poolside setting, somewhere we ourselves long to be. Though strategically damp hair suggests the nearness of such an aquatic playground, we never actually see it.

This decision to shoot in a studio and draw the visual impact of the campaign solely from the models and the designs themselves shows a well-considered confidence in creative director Nicolas Ghesquière’s designs.

These pieces are beautiful enough in themselves that they don’t need a pool. The styling suggests a unique world of summer all its own, and encouragingly invites us to dip our toes in.