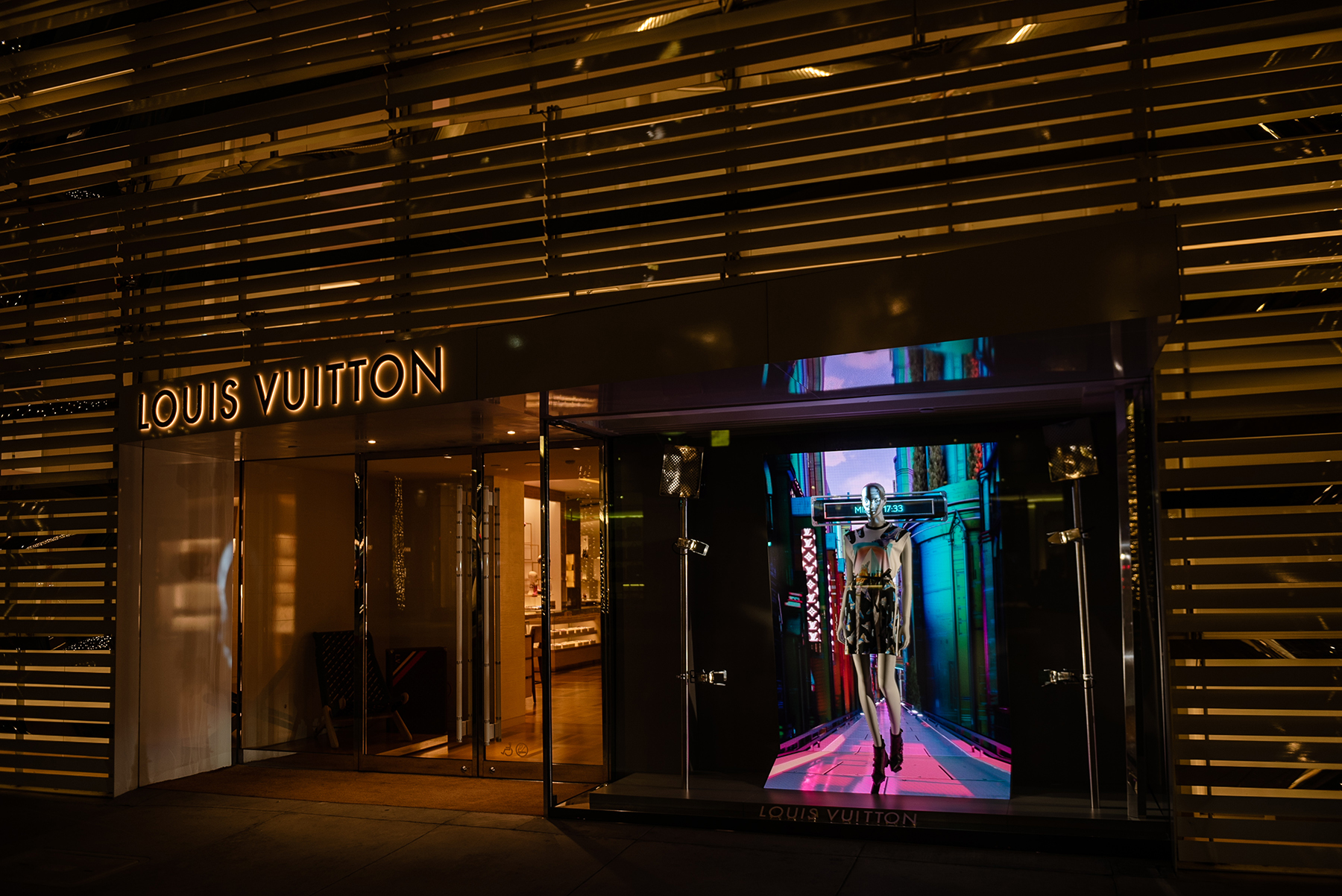 Louis Vuitton appears to have traveled to the future and returned to the present day with a new look. The luxury fashion house unveiled this week its new digital window display featuring futuristic versions of populous cities to coincide with the launch of its women’s Spring/Summer 2019 collection.

What does the future look like in LV’s world? In New York City, flying cars and subway trains follow air traffic around high rises, and in Los Angeles, a digital display road is sandwiched by grass and palm trees as helicopters hover above in formation.

American artist Mike “Beeple” Winkelmann created 24-hour sequences of the futuristic cities to serve as backdrops for the window displays created by artist and designer Es Devlin, who is the mind behind some of the best stage designs in show business, under the direction of Nicolas Ghesquière.

Ghesquière and Devlin designed each window to be a glimpse of a different city and a living postcard. These sequences, which are called ‘postcards from the future’ were unveiled at twelve Louis Vuitton stores in Paris, London, New York City, Los Angeles, Hong Kong, Shanghai, Beijing, Milan and Toyko.

“My main goal with these cities was to give an alternate look at the future that doesn’t assume the worst as you often see with science fiction,” said Winkelmann.

While there is still a long way to go, I feel like human beings are making progress towards a better future for everyone. I wanted to show future cities that showed all of the beauty and imagination of the people of the future and had a hopeful feel to them.

The new window displays seem like a natural next step for luxury retail. The 24-hour sequences, which change from day to sunset to night according to the time of day, are artful entertainment for any passersby and bring the mannequins to life in a way that clothes cannot do alone today. They’re also a way for Louis Vuitton to compete with Gucci’s ever-changing ArtWalls.

The ‘postcards from the future’ displays also feel like a continuation of the house’s Virgil Abloh-designed art installations in New York City, Los Angeles, Beijing and Toyko. The Los Angeles and Beijing store featured storefront displays that were in a similar vein to the new ‘postcards’.