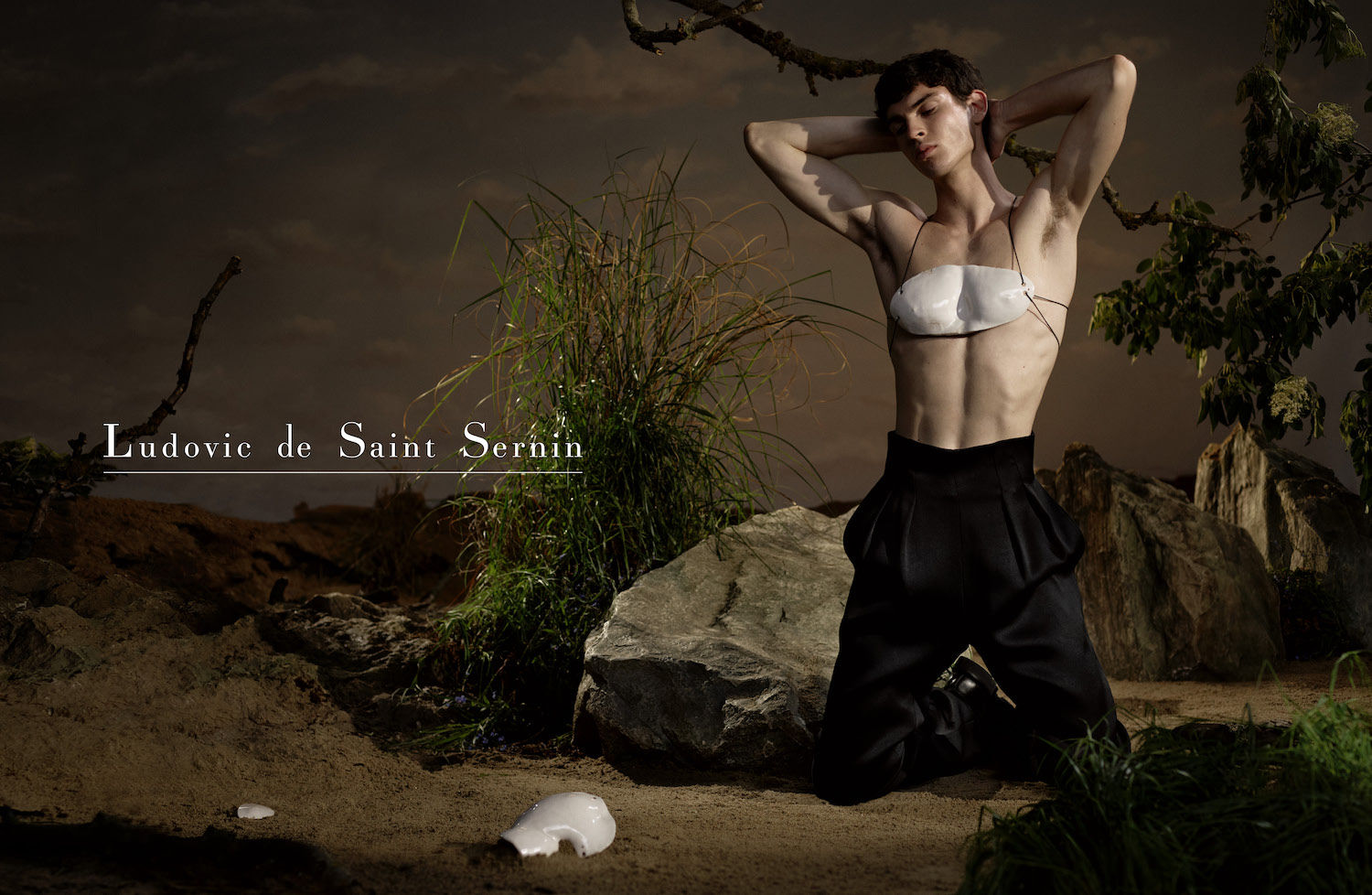 Ludovic de Saint Sernin launched his own label in 2017 after previously working with Balmain. Quick to gain noterietay, Saint Sernin was on the shortlist for the 2018 LVMH Prize and is known now for his lines of minimal, sensual men’s wear. Here, the campaign perfectly captures his thematic designs as the images containing two models portray an essence of homoeroticism and art. The suggestive layout and intimate gazes of the models in minimal clothing emit an atmosphere of sexuality.

Vanderperre and Morch’s use of collaborating seemingly opposites is executed in a intriguing and rewarding finish. The Ludovic de Saint Sernin fall 2019 ad campaign takes a variety of contrasting ideas–modern photo and classical painting, religion and eroticism–to create a cohesive, creative, and commendable campaign that may find its way onto The Impression’s best of men’s ads short list of the season.