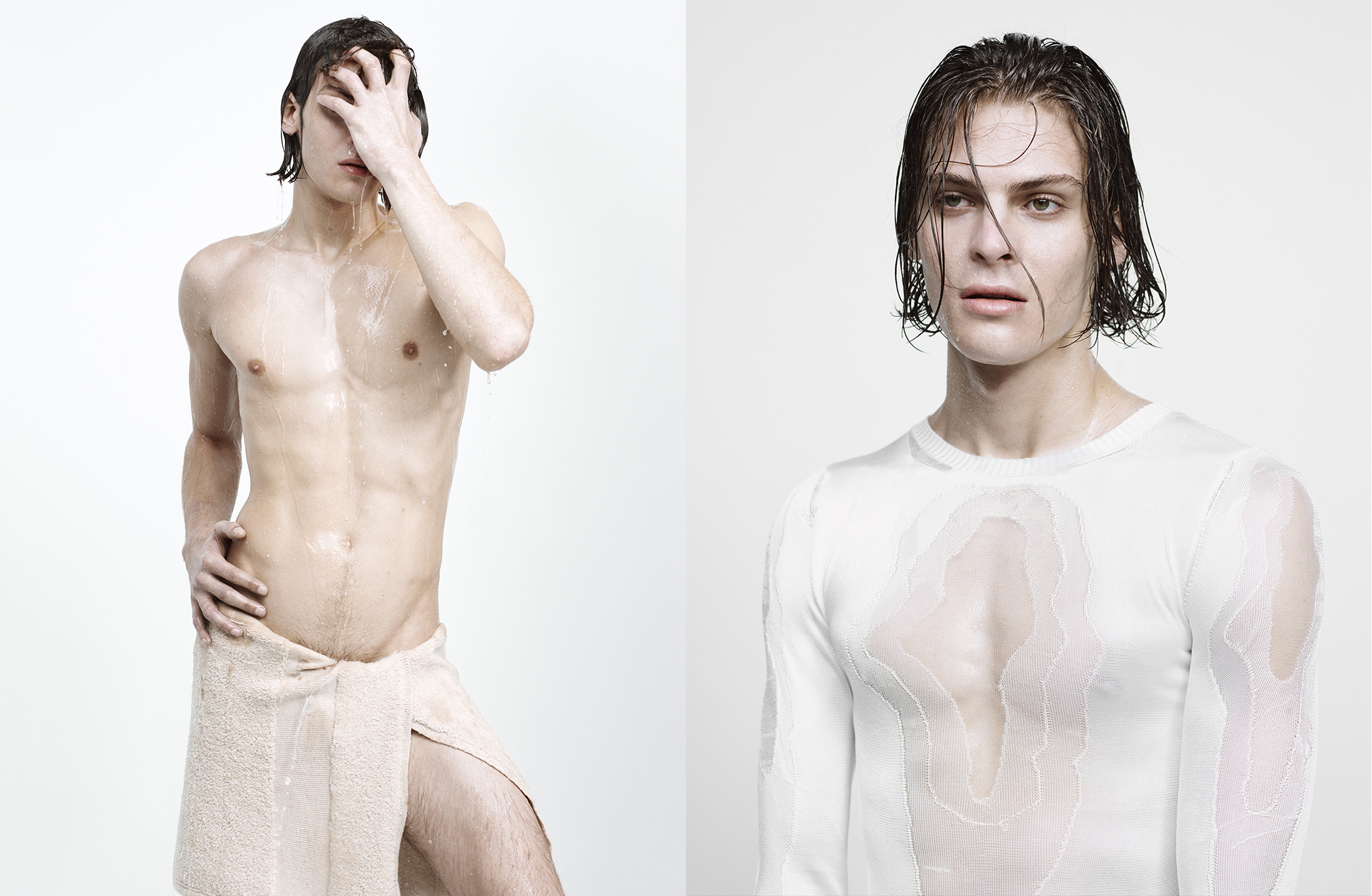 Ludovic de Saint Sernin’s Spring 2020 ad campaign is appropriately titled “Wet & Wild”, as it unabashedly embraces beauty through the lens of sexuality. After causing a stir this summer at fashion week in Paris by featuring male and female models in various states of undress, climaxing with a young man walking down the runway in what appeared to be a towel, De Saint Sernin brings sensuality back to menswear through a vaguely non-binary aesthetic that is soft yet edgy, and totally of-the-moment.

After working with the head of textiles and embellishments for couture at Balmain for 3 years, de Saint Sernin’s mastery of materials is evident in this expertly photographed ad campaign. Knits fade into transparency, pants shimmer with opalescent sparkle, and rivets provide minimalist S&M-flavored accents. Interestingly, the towel featured in the collection isn’t a towel at all, rather it is a carefully crafted knitwear piece constructed from soft merino wool. The success of a campaign such as this is in all the little details, which have been sensitively frozen in time by photographer Willy Vanderperre; moody shadows contrast with bright studio images that reflect enticingly off dripping water and patent leather. Good casting is also key, and model Loris Mascarel has the right mix of vulnerability and stoicism to wear these daring pieces with the casual, almost carelessly raw sensuality that they deserve.