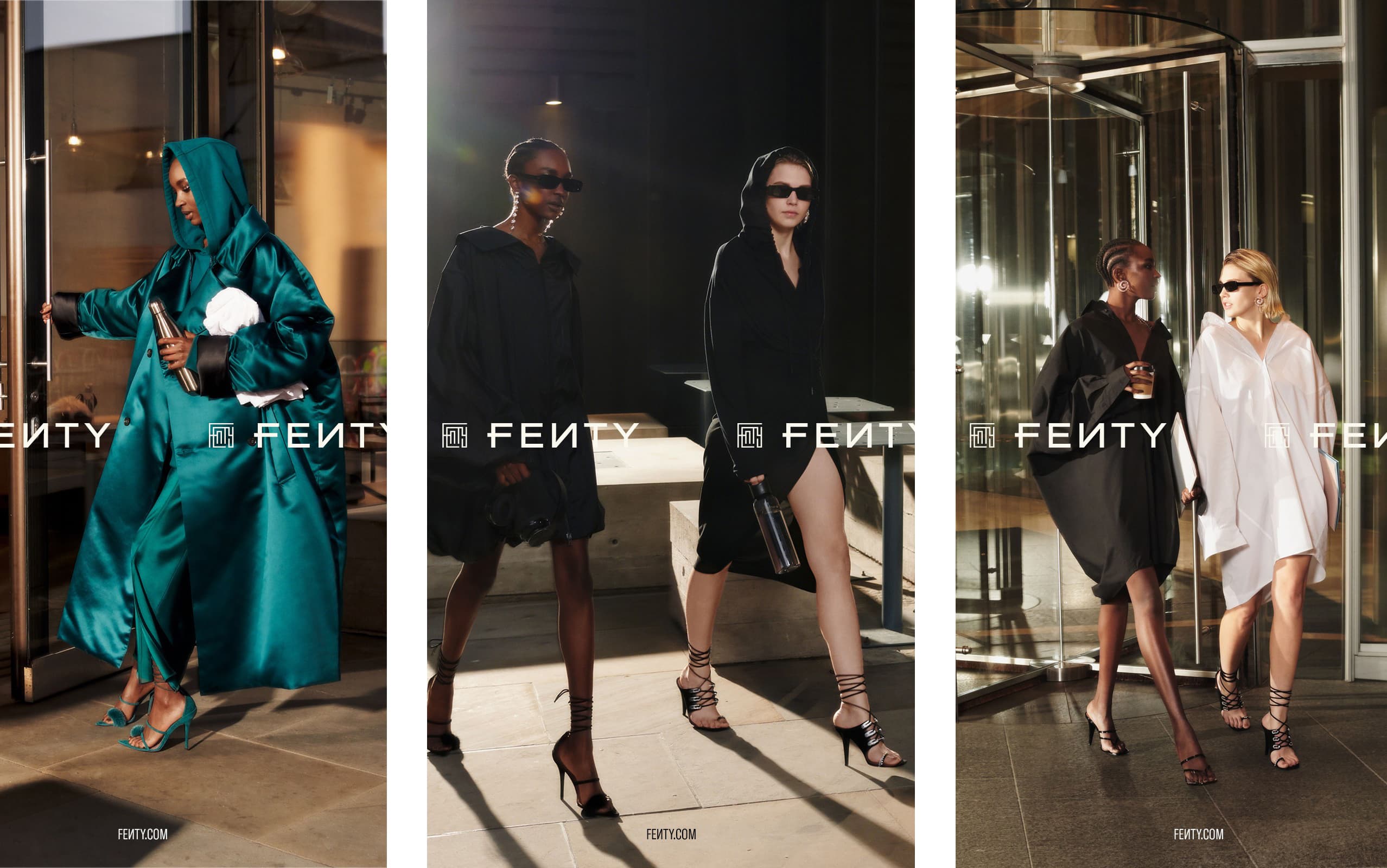 Investors Refocus And Double Down On Fenty’s Cosmetics and Lingerie

Just two short years after its launch Fenty the brand created by Rihanna, famous singer and entertainer, is being forced to scale back as LVMH is stopping the development of the houses RTW.

Following the completion of a fundraising round where L Catterton has taken a stake into Savage X Fenty, LVMH and Rihanna reaffirm their ambition to concentrate on the growth and the long-term development of the Fenty ecosystem focusing on cosmetics, skincare and lingerie… In the meantime, Rihanna and LVMH have jointly made the decision to put on hold the RTW activity, based in Europe, pending better conditions.

Fenty’s luxury price tags do not cater to Rihanna’s broad and diverse fan base. This, however, is not the case for other sectors of the Fenty brand. Both Fenty’s cosmetics and lingerie lines are thriving and will continue to thrive. LVMH is, therefore, still committed to supporting Fenty Beauty and Fenty Skin. On top of this continued effort, they have decided to bolster Rihanna’s lingerie brand Savage X Fenty. Each of these brands is well known in pop-culture and has established a considerably large market share during their recently launched life-cycle.

LVMH is not the only large name getting involved in Savage X Fenty though. L Catterton a French private equity firm, which–it should be noted–is partially owned by LVMH, has rallied a group of investors to invest $115 million into Savage X Fenty. This large investment was part of a wildly successful round of Series B Fundraising to keep the lingerie brand growing at its impressive rate–200 percent in the last year alone.

Lingerie is about celebrating your body and that’s what Savage is all about. Savage to me is such a powerful word. It’s about being confident, in charge, and taking ownership of our choices. This brand is a home, a hub, and a safe space for everyone – regardless of shape, size, ethnicity, gender identity, or sexual orientation. It is a representation of all and a validation that everyone is beautiful no matter what.

LVMH began their relationship with the Fenty fashion house in 2019, and they were responsible for putting together a debut collection that occurred in Paris with a pop-up in Marais. LVMH chairman Bernard Arnault attended this show with some of his family showing great support for the brand. Unfortunately, even with all this support, the RTW element of the house floundered. LVMH did some rearranging and brought in Bastien Renard, but the concept could not be saved.

In contrast to Fenty’s fashion house, we must remember the success that Savage X Fenty has had. In September 2019, Rihanna put on an incredible show during New York Fashion Week. It took the form of a performance at the Barclays Center that featured dancers of all kinds. We saw diverse body sizes and uber models like Cara Delevingne and Gigi Hadid. We even got to see live musical performances by Big Sean, A$ap Ferg, and Fabolous.

Through L Catterton, with strategic backing by LVMH, this partnership will strengthen the ties between the luxury group and Rihanna and further support growth of the Fenty ecosystem focusing on lingerie, cosmetics and skincare.

Even though one part of the Fenty venture has nearly failed, the brand as a whole is anything but failed. We should expect to see big things from Fenty Skin, Fenty Beauty and Savage X Fenty.