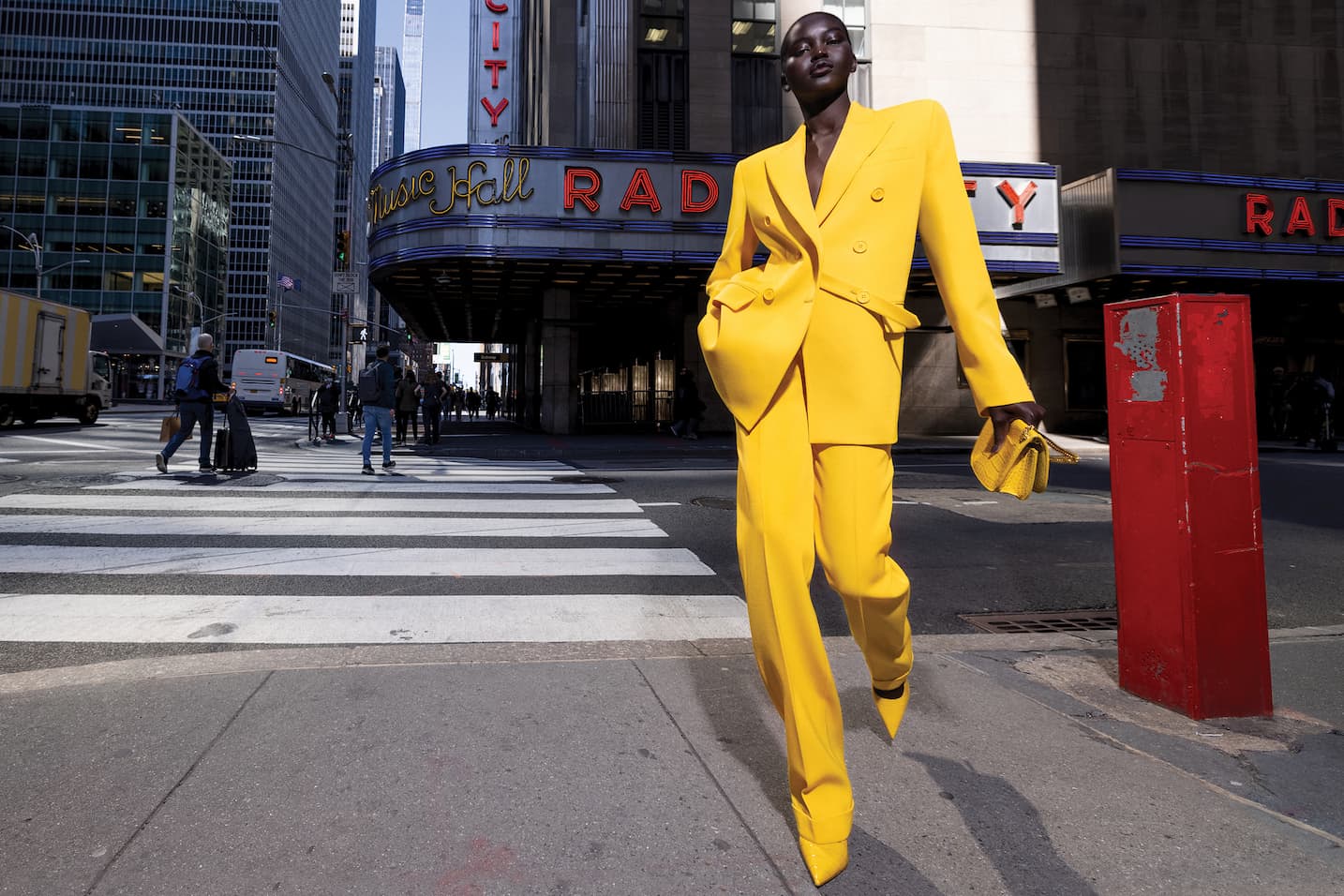 The photographers take to the iconic streets of Michael Kors’ metropolitan home to channel the vibrant energy of the city, which is further embodied in its cast that features a powerful pair of top models. Adut Akech pops in a sunburst yellow suit before the Radio City Music Hall; Rianne van Rompaey stops traffic as she stalks the streets in a fur jacket and thigh-high boots.

It’s a straightforward, energetic, and focused campaign that wastes no time in conveying its titular designer as the head honcho of New York fashion.