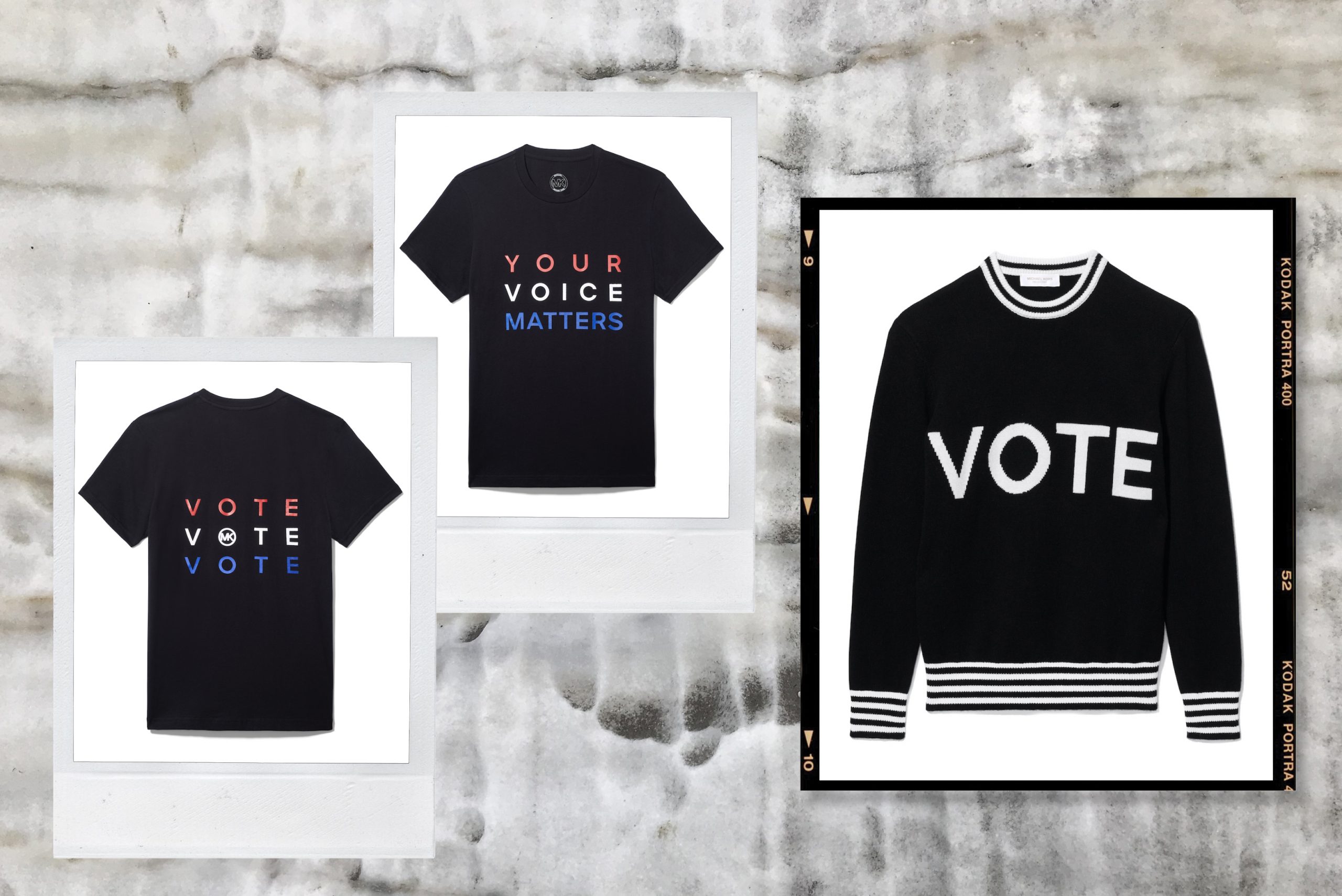 Michael Kors has announced the launch of YOUR VOICE MATTERS, a campaign aimed at encouraging voter registration and participation in the upcoming 2020 presidential election. A focal point of the campaign will be the release of a special MICHAEL Michael Kors T-shirt and a Michael Kors Collection sweater, both of which benefit the NAACP Legal Defense and Educational Fund, Inc. (LDF), America’s premier legal organization fighting for racial justice.

Launching on September 1st, 2020, the T-shirt and sweater are exclusive to the United States and reinforce the campaign’s central message: that no matter who you are, your voice and your vote can make a difference. The MICHAEL Michael Kors T-shirt, which retails for $40, features the phrase “Your Voice Matters” on the front and “Vote” on the back. The Michael Kors Collection cashmere intarsia sweater, which retails for $850, states simply: VOTE. One hundred percent of the profits from the sale of these pieces will go to the LDF.

Our greatest right and privilege as Americans is the right to have our voices heard. Voting is the ultimate way to make sure that your voice is not lost. These T-shirts and sweaters are a reminder for all Americans to vote and not let their voices be extinguished. It’s also an opportunity to raise money for legal and social justice.

To produce the “Your Voice Matters” T-shirts, the company partnered with Black-owned business FKSP, which is operated by African American fashion designer Folake Kuye Huntoon. The T-shirt will be produced at the FKSP factory in the heart of the Los Angeles fashion district, where Folake produces all of her designs. Starting in early September, the T-shirt and sweater will be available online at MichaelKors.com. The T-shirt will also be available in select Michael Kors Lifestyle stores, while the sweater will be available in select Michael Kors Collection stores.

Specially designed campaign windows will be on display at the Michael Kors Rockefeller Center flagship store in Manhattan, and the Michael Kors Collection store on Michigan Avenue in Chicago, during the first week of September. The campaign will also run across the brand’s social and digital platforms throughout the Fall season.