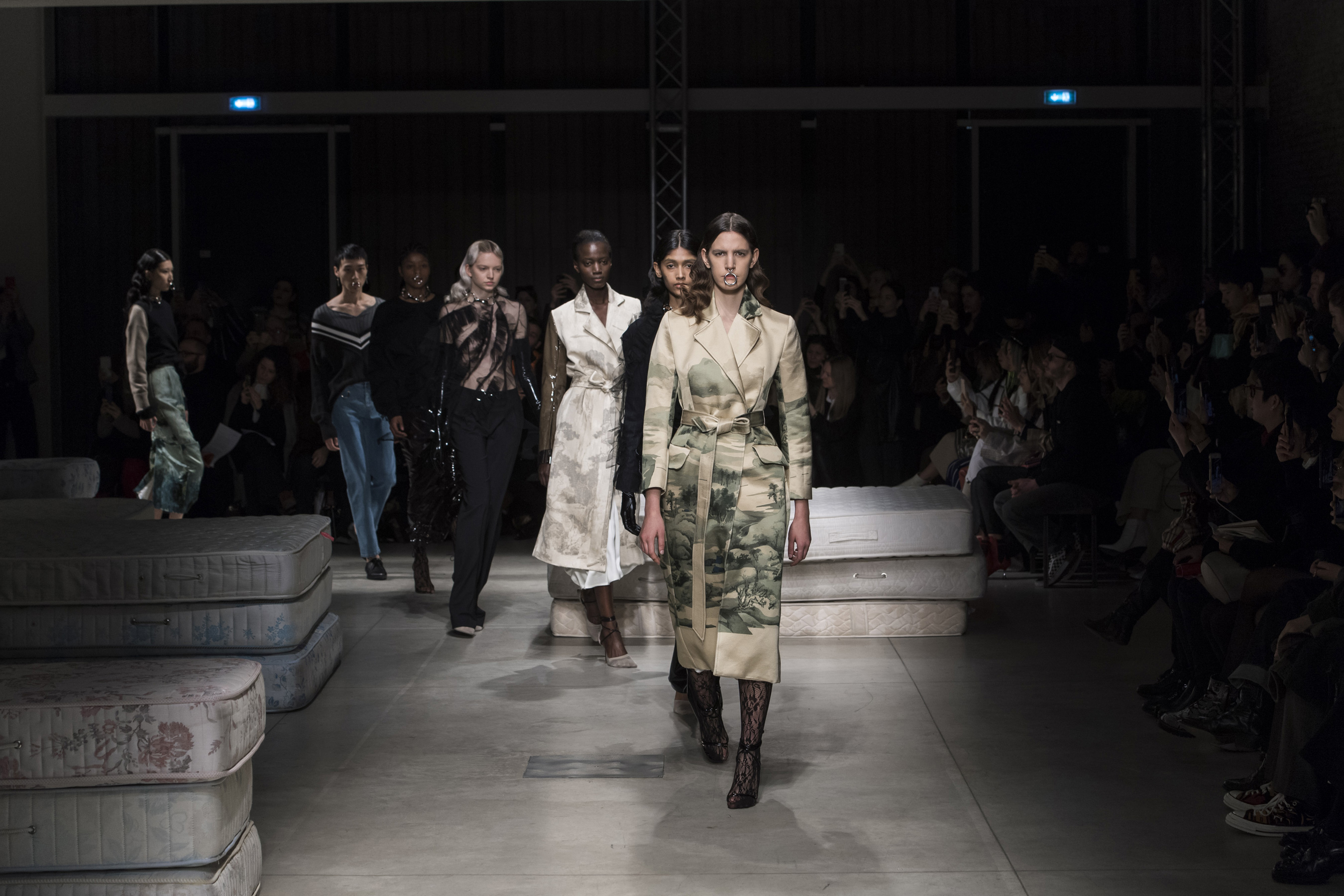 When contemplating the best of any fashion week, the scales are favored to those with the most weight, namely the established houses whose machines have worked out the kinks. But what of those at the other end of the scale? The ‘Other’ designers whose lift is equally heavy if not more? We at The Impressionbelieve the ‘Others’ deserve their recognition as these champions fight against all the odds to win favor of the fashion court.

Milan’s very own born and raised Gilberto Calzolari made our Milan Top 10 ‘Other’ Fall 2019 Fashion Shows. Calzolari’s father was a fabric salesman and boutique manager giving his son a lifelong peek into the working of Italy’s fashion capital. Gilberto’s first collection hit the runway as a capsule collection for fall of 2017 and we are happy to welcome him to the fold.

On the flip side of the coin, United Colors of Benetton launched their first fashion show ever lead by Jean-Charles de Castelbajac. The collection was entitled “Rainbow Machine” and true to the name the show was complete with models walking in front of a stage where Benetton workers sewed, ironed, and even worked a knitting machine while the brightly colored collection launched. It was a fitting release to a house that has done so much for Italian fashion and was once the most popular and forward mass retailer in the world.

Gabriele Colangelo designed not one but two making our Top 10 Other for Milan, Giada, and his own namesake label. Gabriele Colangelo’s career in design began at Versace and Roberto Cavalli after studying Greek and Latin literature. He launched his label in 2008, after winning the Vogue Italia award ‘Who’s on next’, and the house of Giada named him creative director in 2015. Since then he has raised the interest level for us consistently regarding the Giada label and his namesake collections continue to redefine the next generation of Italian sophistication.

Coming in at the number one slot is none other than Act n°1, a womenswear label founded by Luca Lin and Galib in early 2016 in Reggio Emilia, Italy. With less than two years under their the duo is quickly becoming Milan’s up-and-coming label to keep your eye one. This season the pair designed artistic patterns overprinted on jacquard fabrics for elongated silhouettes. The pair is noted for hybrid styles that blend black embroidered tulle with sleek silks. Overall the collection was one of punk romanticism and stole our hearts.

Which reminds us that Milan is still a place of innovation and one we hope starts to attract even more youthful fashion as their industrial complex can certainly support it and their fashion week doesn’t need more contemporary houses.

Hopefully, international acclaim is ahead for all of the houses making The Impression’s Top 10 ‘Other’ Milan Shows of Fall 2019 that made our editorial staff and Chief Impressionist, Kenneth Richard,  of bright futures for all.