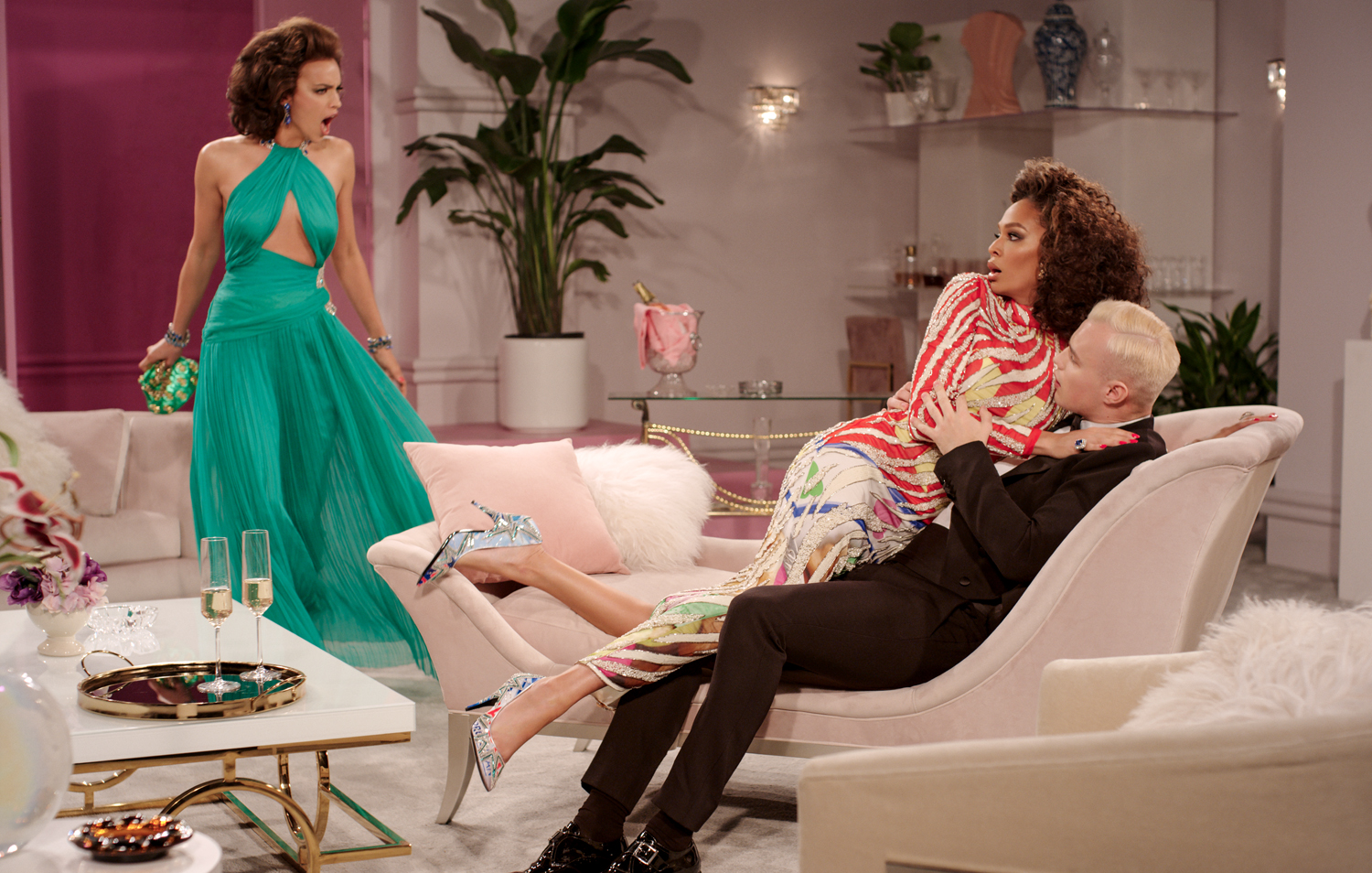 The house of Moschino, with Creative Director Jeremy Scott and photographer/director Steven Meisel, has channeled drama in the debut of their Fall/Winter 2019 Collection. The campaign, set to the backdrop of ‘80s Cult Soap Opera Dynasty, is nothing less of a production. It includes a series of short videos, gifs, and still images that are layered with text. With set designing by Mary Howard, the campaign captures wealth and grandeur like unto that of the Carrington family from the 80’s TV sensation, Dynasty. The campaign stars Gigi Hadid, Joan Smalls, and Irina Shayk with special guests Kania, Mason McKenrick, and Trevor Signorino.

Healthy or not, bingewatching television shows has become a symptom of the times. Our favorite networks and television shows are all available to view online, along with millions of video vixens, cat videos, and most fascinating, cat-fights. The allure and absurdity that soap operas like All My Children, Days of Our Lives, and Dynasty have are now manifest in reality TV. From fancy dinner parties, expensive vacations, to nasty fights, iconic reality t.v. moments can be shared and relived through gifs and memes.

The house of Moschino recognizes the times and has designed the campaign for it. Facebook, Instagram, and Twitter make it easy to share content and bypass traditional media models. But today’s new digital landscape requires constant upkeep which is where the genius of these short-form tales lie. Plus Jeremy Scott and crew have created an ‘Haute Dynasty’ that will live in an archive on internet gifs and memes which will bring people back long after the clothes of this season have moved off the racks. The fashion is more multifaceted than it’s ever been—it’s not just about the clothes, or the models or even the house itself, it’s about storytelling.

On Instagram, Jeremy Scott has captioned a film from the campaign with the following: “It’s the cliffhanger season finale episode of @moschino tonight! Who will survive? Who will die? Who will come back as their evil twin? Tune in to find out!” Moschino has tapped into a market of soap and reality TV that emotes, without even having to produce a full-length show. That is genius. We will definitely be tuning in next season.