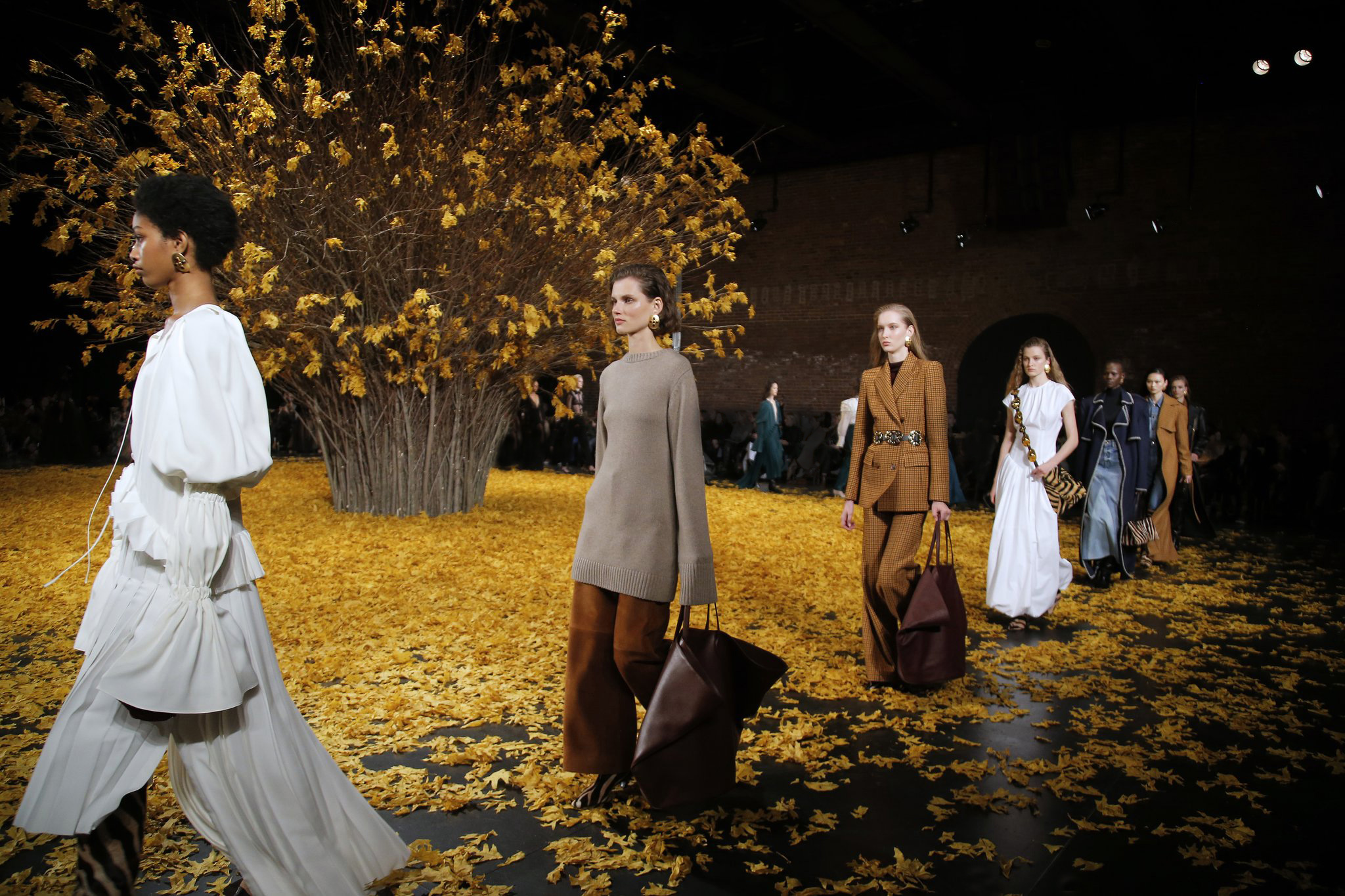 When contemplating the best of any fashion week, the scales are favored to those with the most weight, namely the established houses whose machines have worked out the kinks. But what of those at the other end of the scale? The ‘Other’ designers whose lift is equally heavy if not more? We at The Impression believe the ‘Others’ deserve their recognition as these champions fight against all the odds to win favor of the fashion court.

This week New York fashion flock was all abuzz regarding Tomo Koizumi’s first showing which debuted with the help of fashion establishment Katie Grand, Pat McGrath, Guido Palau, Tabitha Simmons, Anita Bitton, and Marc Jacobs. Jacobs was kind enough to lend his store as the location for the Japanese designer’s first show, and he didn’t disappoint sending a cavalcade of pretty fantastical ruffled heroines down the store’s wide staircase. Along the way making a case for established talent supporting new while charting a new course in fashion history. That karma was returned as Marc Jacobs earned our number 1 spot on shows of NY Fashion Week.

While designers Kate and Laura Mulleavy opted to show Rodarte at Huntington Gardens in Los Angeles the duo did indeed launch the women’s portion of fashion week on February 5th and are a worthy addition to The Impression’s Other Top 10. Their frilly dresses juxtaposed with black leather and Hollywood-red sequins reminded us that showing where your customer is, is a smart idea.

Making the reverse commute was designer Rachel Comey whose last runway outing just happened to be in Los Angeles in June 2018. She returned to New York for a showing at Chelsea’s Marlborough Contemporary art gallery. Statement coats, brights, and wave patterns ensued, all in an elevated style reminding us just how much we missed her show consistency.

While there was plenty to cherish from an array of designers, The Impression’s breakout of the season was Khaite, designed by Cate Holstein. Holstein showed one of fashion’s most refined and sophisticated collections of this or any fashion week. Her style is all her own but she can stand side-by-side with Phoebe Philo in that both share a fondness for understated elegance that is feminine without being monastic. While the show may have been a debut, the designer certainly has paid her dues having her own namesake collection in the early 2000s, then going on to design at Gap, Maiyet, and Vera Wang before launching Khaite five years ago.

Her collection is like rediscovering an old warm friend you should have never lost touch with. Full of wit, grace, sophistication, and style. Her success is simply a matter of time as her experience is matched with a taste level that deserves international acclaim.

Hopefully, international acclaim is ahead for all of the making The Impression’s Top 10 ‘Other’ New York Shows of Fall 2019 that made our editorial staff and Chief Impressionist, Kenneth Richard, of bright futures for all.