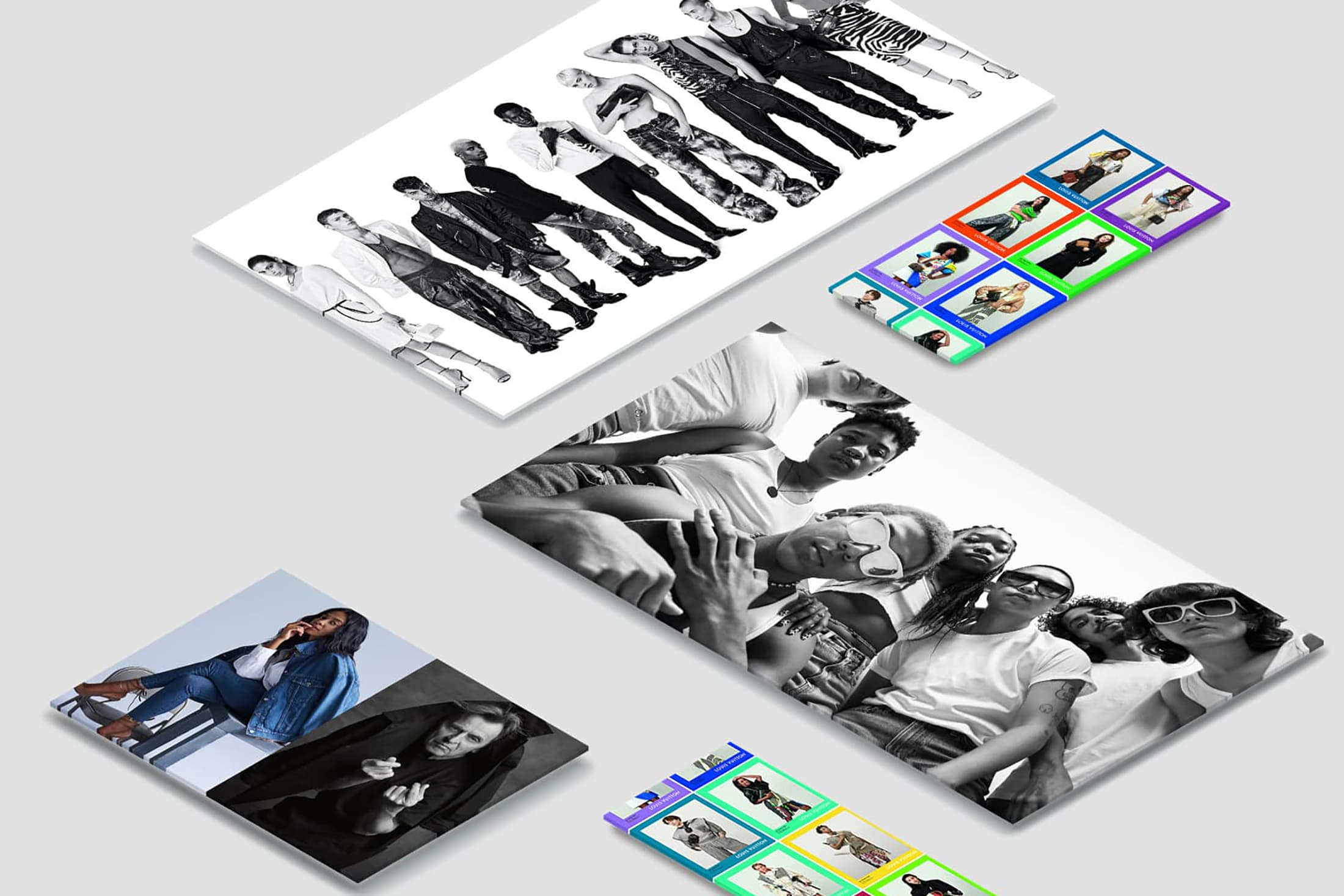 Fashion is no longer an isolated industry – perhaps it never was. Fashion and the fashion industry are deeply woven into the fabric of contemporary global culture. In order to honor the responsibility that comes with their interconnected platform and maintain their voice among the worldwide conversation, fashion brands must look outward, toward the world’s diversity of vital creative voices.

This season saw brands rise to this challenge by using their platforms to amplify these voices and put them in conversation with each other. Creating campaigns that balanced signature brand imagery with the unique personalities of their large casts, they expressed the urgent messages of today’s creative leaders with genuine beauty and style.

Calvin Klein’s “Blank Canvas” campaign brought a lovely note of self-reflection and self-expression to the routine CK imagery of super hot celebrities in underwear. Calvin Klein campaigns have always relied on the strength of their casts, but this one feels special in the way it treats the personality, physicality, and creative passion of its members. In the short film, the cast members, usually alone but sometimes in pairs, occupy a blank studio space, and transform it through their own creative discipline. As they skate, dance, meditate, sing, they also share thoughts and questions on vulnerability and joy. These themes feel important for a brand whose theme is focusing on what’s essential, and it is beautiful to hear the wisdom of these diverse and experienced individuals.

Dsquared2 made excellent use of cinematography and film editing to convey the creative energy of its spring campaign’s talented cast, creating a work that was both seriously thought out and unrelentingly fun.

A thoughtfully chosen cast represents Dsquared2’s role in some of the best parts of the fashion industry’s past but sends an even stronger note of optimism and inclusivity for the creations of the future.

Through a combination of technical mastery and sheer talent, these personalities and ideas are united in a stunning visual statement. Dsquared2 celebrated its 25th-anniversary last year, and this campaign came as a promise that they won’t be slowing down any time soon.

Chanel used the opportunity of their Fall 2021 runway show in March to release a fun campaign that capitalized on the energy and anticipation of the premiere. The campaign starred a group of brand ambassadors and friends of the house who were invited to watch the show together. The short film celebrates the (virtual) togetherness and anticipation of waiting for the show to begin and gives us a fun window into the personalities of these exciting creative figures.

The success of these group campaigns depends on the creative team’s ability to draw out what is unique and inspiring about each talent, and to make us as an audience feel like we can be a part of this global community of creatives.

Between the film’s relatable, carefree video-conference format, sparkling with personality, and Inez and Vinoodh’s soulful portraiture, this campaign from Chanel delivered in spades.

Probably the most successful brand in this category, Gap unveiled a joyous campaign that reasserted its vision of modern American optimism. Starring a large, diverse, and impressively talented cast, “Generation Good,” the imagery was inspired by classic elements of the Gap’s iconic visual identity, but also a commitment to focus and expand this approach as the brand looks forward to the future. The results are a striking series of portraits that scintillate with individuality and character. Shooting in both black and white and color, photographer Mark Seliger depicts his models as the vanguards of an iconic American artistic tradition, while also highlighting their unique power as contemporary, forward-thinking creatives. By thoughtfully giving some of today’s most important voices a platform to play, create, and be heard, the campaign sends an urgent but uplifting message to come together for progress – and it does so with humble beauty.

These campaigns demonstrate that the strongest way forward for fashion communication is not just creativity on the brand’s end, but empowering creativity on the part of fans. More and more these days, consumers – especially including the younger generation, with its increasing focus on social justice and environmental accountability – are rightfully holding brands to a higher standard. Bringing together thoughtful casting and progressive conversation is one of the strongest ways to embrace and embody the active creativity of the global community.