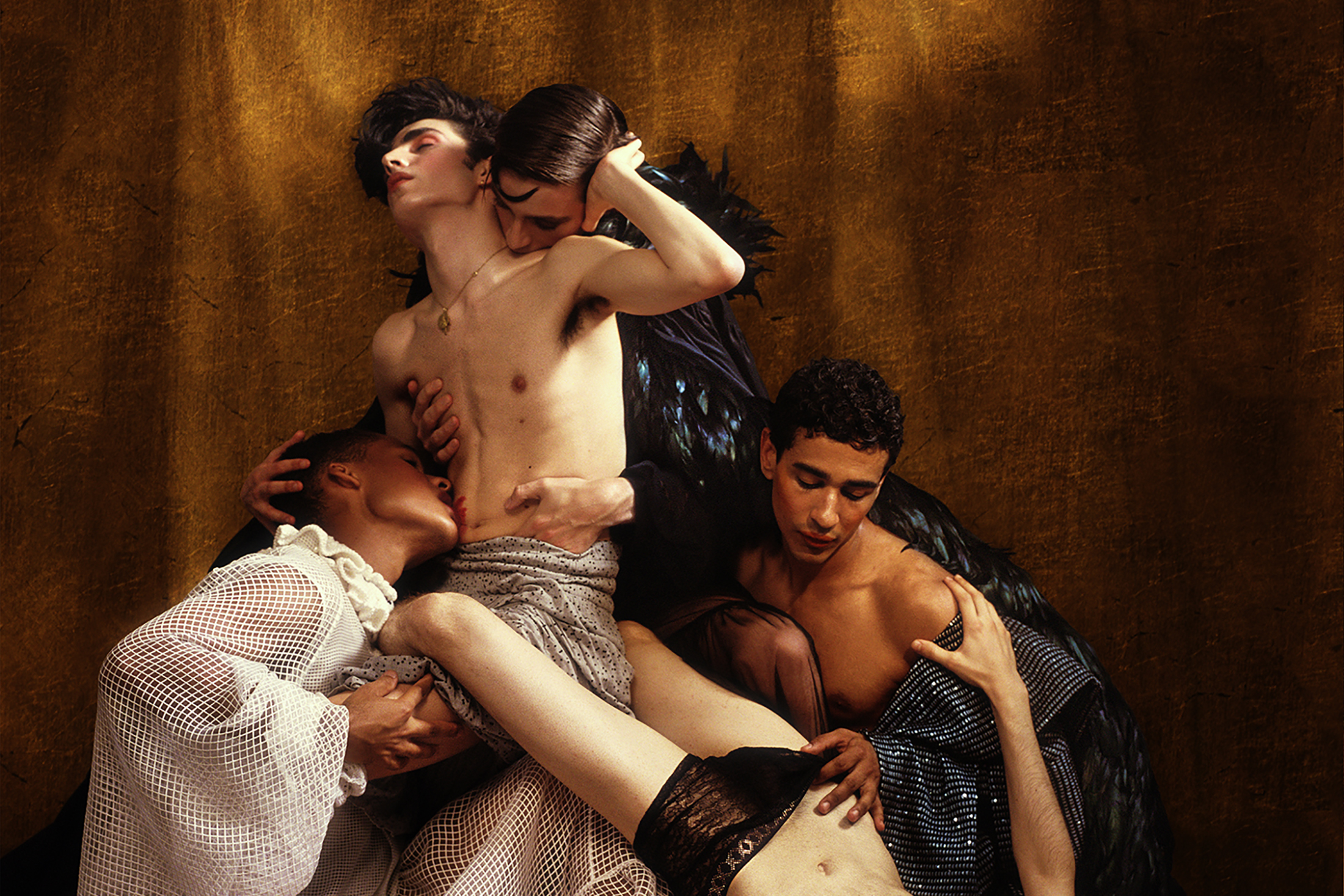 The campaign juxtaposes a formal Renaissance pictorial with documentary mayhem. “It’s two different approaches that are both so intrinsic to the house of Palomo Spain,” says Alejandro Gómez Palomo. “On one side, you have these arty, picturesque and exquisite [images] and the other more instinctive, impulsive ones that Matt uses to take us to a romantic, lustful – and almost museum-like – world.”

Matt Lambert’s work as a filmmaker, photographer and creative director is in capturing 21st century sex, especially that of queer romance. He captures the hard and soft edges of sexuality, and everything that exists within the spectrum. Normalizing queer romance through 17th century references is incredibly powerful, and distinguishes Palomo Spain as a house that activates and inspires.