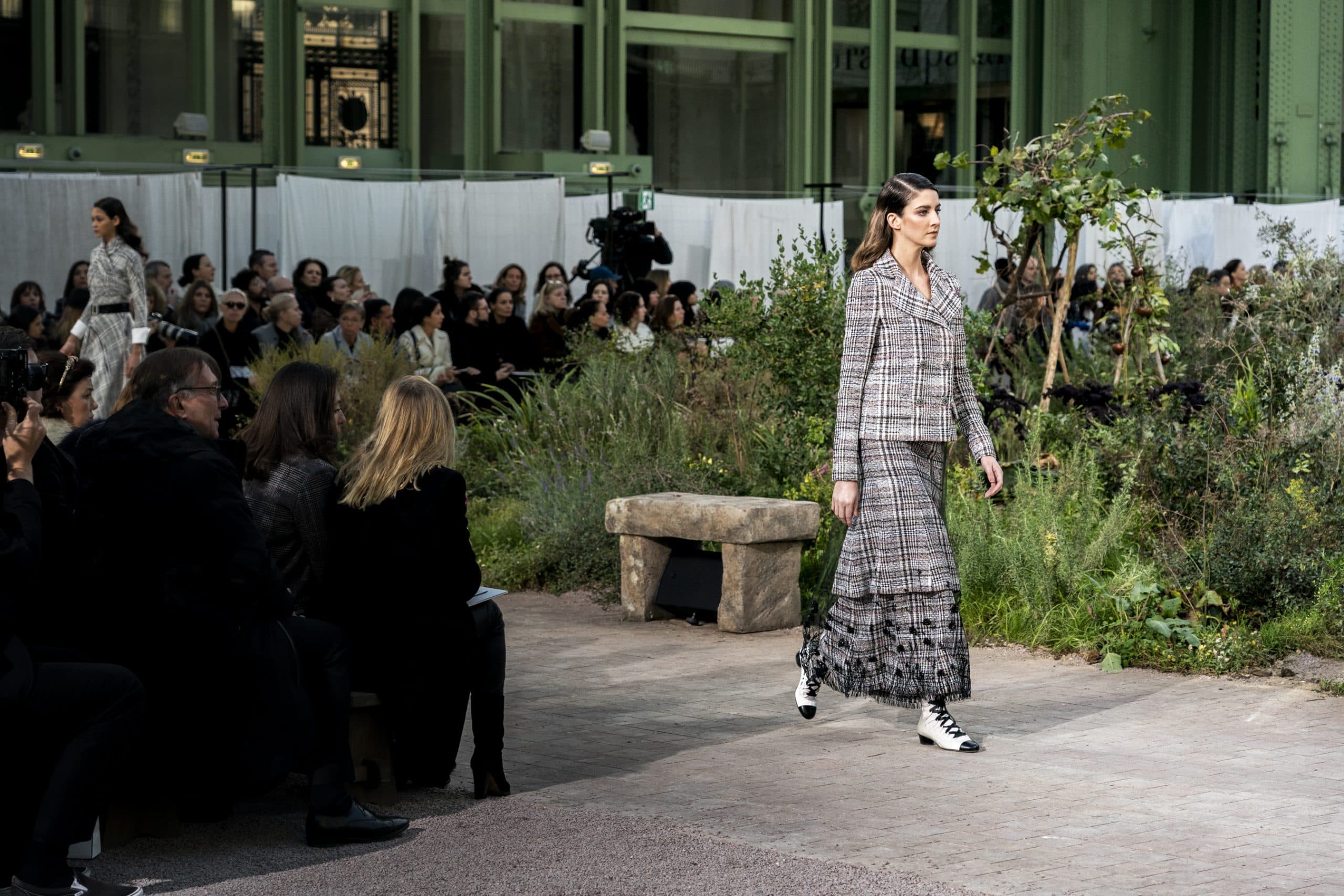 Paris Couture week is following the current trend of expanding its live runway show offerings, for the first time after two seasons of digital only presentations. Eight brands have chosen to do physical shows by invite only to insure a limited number of guests. Included in the list of in-person shows, are Armani Privé, Balenciaga, Chanel, and Jean Paul Gaultier.

Chanel was the first house to announce a return to a physical show during couture week. The brand will host two shows on July 6, at 10 a.m. and 12 p.m., at the Palais Galliera, the fashion museum currently housing the Gabrielle “Coco” Chanel exhibit.

Highlights of the shows include Gaultier’s one-off collection by Sacai’s Chitose Abe. The line was originally due to be introduced a year ago, but was delayed twice due to COVID-19.

Balenciaga will host its first haute couture show in 53-years, at its headquarters at 10 Avenue Georges V. The show will take place in founder Cristóbal Balenciaga’s original couture salon, which has recently restored for the occasion. The upper level of the salon has been closed for five decades, although it still houses a store downstairs.

Maison Margiela has returned to the calendar after postponing its Spring 2021 collection, and being absent from the ready-to-wear shows in March. Their digital show will take place on July 8th at 4p.

Alaïa, who is not yet officially on the calendar will show its debut collection, by new creative director Peter Mulier on July 4 at 9p. This marks the first runway show since the brand’s founder died in 2017.  Mulier was named creative director of the brand in February after notably being Raf Simons’s right-hand designer while he was at Jil Sander, Dior and Calvin Klein.

Also sure to generate excitement is Pyer Moss designer Kerby Jean-Raymond, who will present his first couture collection in Paris as an invited guest designer of the Chambre Syndicale de la Haute Couture. He will close the week with a digital show on July 8 at 8 p.m., becoming the first Black American designer to join the couture schedule.