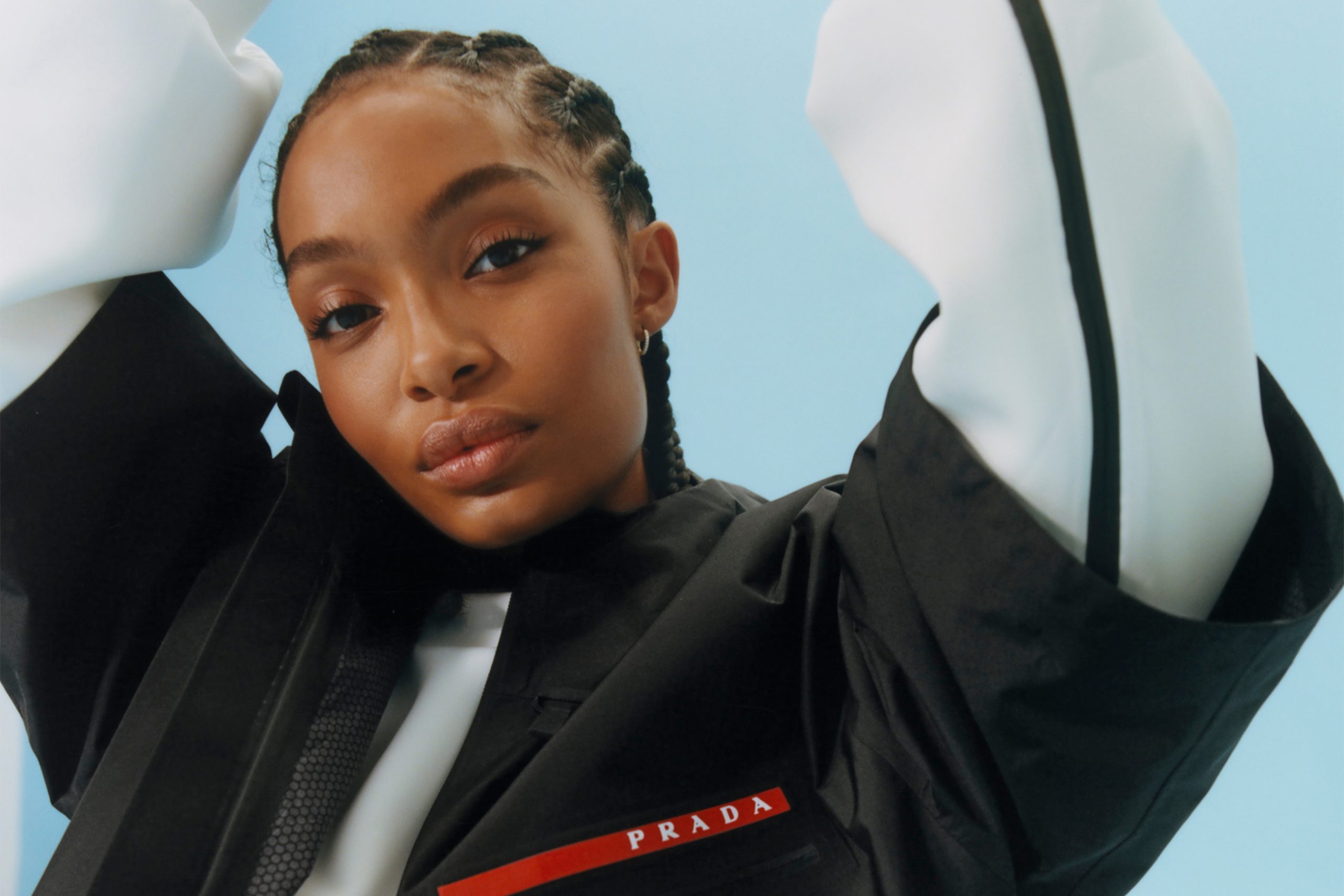 Prada’s press release claims they are telling a story about three different cultures.

This season, the red line is used to narrate the three talent’s lines of work, which reflect their multifaceted careers and unique back-stories, the histories and encounters that have brought them to today.

However, the idea and the reality lack the connectivity as the video is not a narrative; it is a clothing catalog set in motion. Nowhere in the video are we prompted to probe further in the lived experiences that make each of their talents unique. There is nothing wrong with producing campaigns that focus on the clothes — they seemed particularly interested in showcases their new sporty materials — but if they were truly trying to jump on the train of promoting different cultures the dots weren’t connected.

Having made that all-too-real criticism, Prada did a fine job displaying the line as sporty, modern, and high-tech. The upbeat music, the monochromatic lighting, and the shots of the talents suiting up in these new, exciting materials evokes an almost futuristic fashion.

There is incredible pressure in most industries to champion diversity by telling different cultural stories, and that is an admirable goal. This campaign, however, reflects the reality that simply following the ethos of your brand without injecting it with a false sense of social awareness is better than paying lip service to diversity and claiming to achieve it by finding talents who are ethnically diverse. Linea Rossa might simply not be the platform for Prada to strive towards social change, and that might just be okay. It is a thin red line after all.