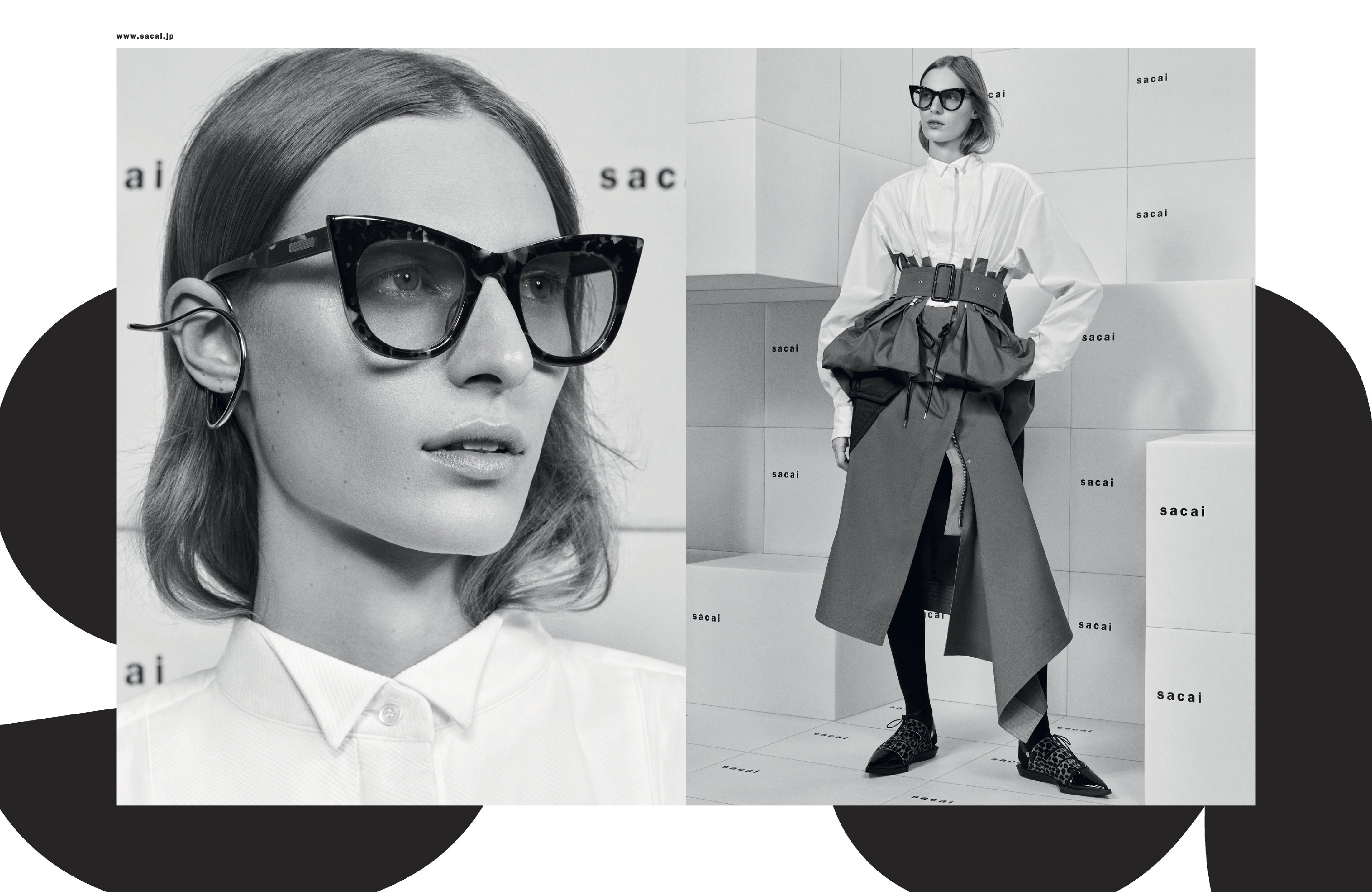 For Sacai Creative Director Chitose Abe’s latest fall 2019 campaign the designer enlisted the duo of photographer Craig McDean and stylist Karl Templer. A powerful duo indeed, but there is another powerful teaming the designer wished to get across this season, that of the houses logo.

The black and white campaign playfully enlarges the logo to leverage just the letters ‘s’ and ‘a’ as backdrops, providing a subtle mental reinforcement of the brand. Less subtle is the constant repetition of the logo on tiered boxes that provided a staggered set developed by Randall Peacock. The set designer wisely places the logo’s faceup on the tiled flooring, a touch than many wouldn’t have thought of.

Sets design is an art and it is nice to see a designer take full advantage of it, layering the elements into the art direction of the graphics layout. The result is a campaign that while boxed isn’t boxed in. Much like the designer herself.