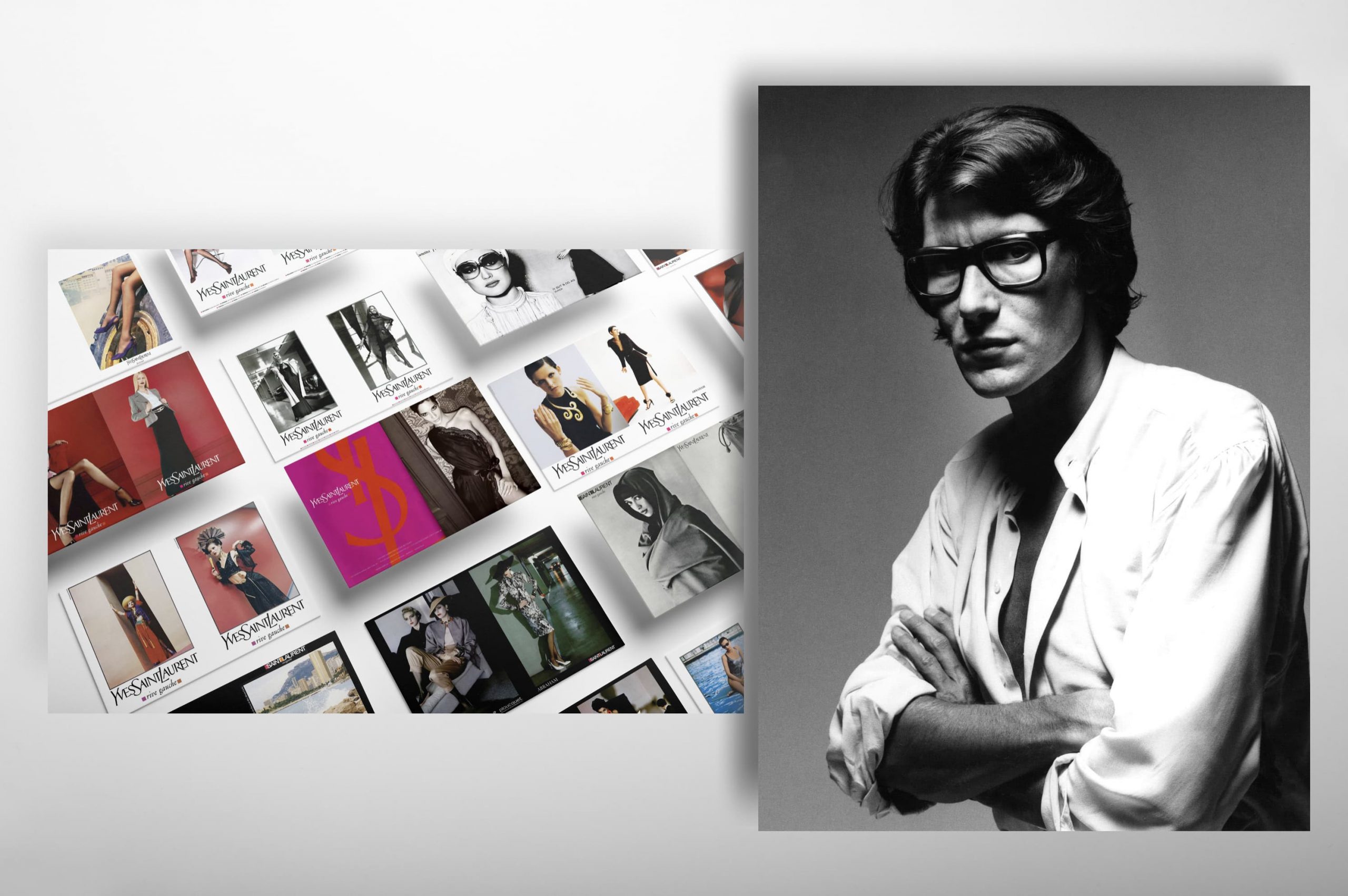 One of the most revered and influential fashion designers of the 20th century, Yves Saint Laurent revolutionized couture by introducing a progressive sense for global pop culture to the disciplined sensibilities of French haute couture. But while his talent for design was indeed an important contributor to the rapidly evolving fashion world, his creative approach to ad campaigns may have had an even bigger impact on the industry.

While Saint Laurent did make frequent use of the industry-standard formula of shooting ad campaigns in the studio and on the runway, especially early on, he was also largely responsible for shifting the fashion narrative out of these spaces and onto the streets of the “real world.” Through the ’70s and ’80s, he worked closely with now-legendary photographer Helmut Newton, whose work blended high-society sophistication with voyeuristic taboo, and became synonymous with that era’s cultural tendency to portray powerful and sexually liberated women through a male gaze. Though today his work is controversial due to its potential forays into misogyny, it is also revered, and the influence of his street-style campaign ads can be particularly felt in Juergen Teller’s work with the house’s current creative director Anthony Vacarello.

In addition to revolutionizing how women were presented, Saint Laurent was at the forefront of reconsidering and expanding what “type” of women could star in a campaign – that is, could embody luxury fashion. He was ahead of the curve in championing inclusivity and diversity, consistently casting black women in his campaigns long before it became a matter of necessary social capital (even so, some brands struggle with inclusivity to this very day). Saint Laurent famously supported the career of his friend, muse, and mentee Namoi Campbell, casting her in numerous campaigns and helping to secure her iconic spot as the first black model on the cover of French Vogue in 1988.

Deftly tuned into the expanding landscape of fashion marketing, Saint Laurent recognized early the importance of person and personality. He was one of the first creative directors to rely on Campbell’s fellow supermodel and muse Kate Moss, who continues to be a major figure in defining the house’s image to this day.

The designer and creative director’s forward-thinking vision laid the foundation for what a leading fashion house’s marketing entails today: not merely a depiction of designs and clothes, but a dynamic network of creatives, personalities, and narratives. In short, Saint Laurent made fashion marketing about telling a story – creating not just an image, but an experience that people can identify with, a narrative that anyone can become a part of. Though Saint Laurent ended his iconic tenure at the head of his namesake label in 1998, that was only the end of the beginning. The story continues…