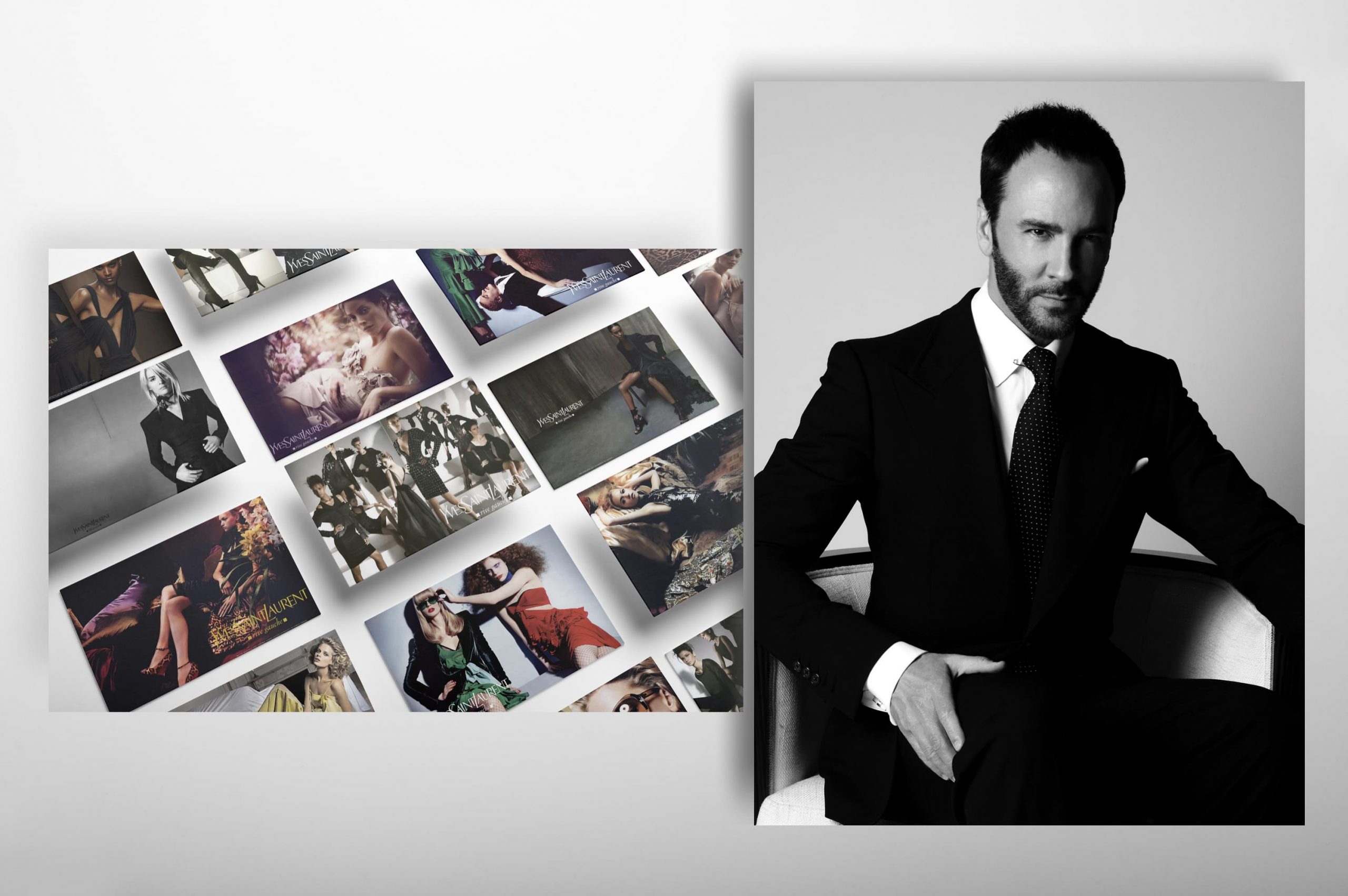 Gucci acquired the house of Yves Saint Laurent in 1999. During his previous five years at Gucci, creative director Tom Ford had revitalized the house in terms of both image and sales. Considering that success, it made sense that the group would also appoint him as creative director of the newly acquired YSL, and he worked tirelessly to lead both houses at once.

Design-wise, Ford made significant changes from his predecessors Alber Elbaz and Saint Laurent. Stripping away Saint Laurent’s meticulously crafted accessories and Elbaz’s cocooning silhouettes, he shifted his approach away from sophisticated Parisian femininity and towards an overt, confident sexuality. While Saint Laurent famously disliked what the designer did with his name, Ford’s work proved a huge financial success for the house.

Ford’s ad campaigns represented a similar shift. While Elbaz’s brief run of campaigns was psychological, inventive, and mysterious, Ford’s were strikingly immediate. Working with iconic photographers like Steven Meisel and Craig McDean, he created straightforward imagery that kept things conceptually minimal in order to emphasize the pure sensuality of the clothing. His ads featured women in athletic, provocative poses, or lying with their limbs were strewn about as if unable to support the desire in their gaze.

Ford left the Gucci Group, and thus Saint Laurent, in 2004, launching his own label and bringing his signature sex appeal with him. The transformative creative director’s departure created interesting possibilities, raising questions once again as to whether his successor would continue down his path, revive Saint Laurent’s vision, or do something wholly new.