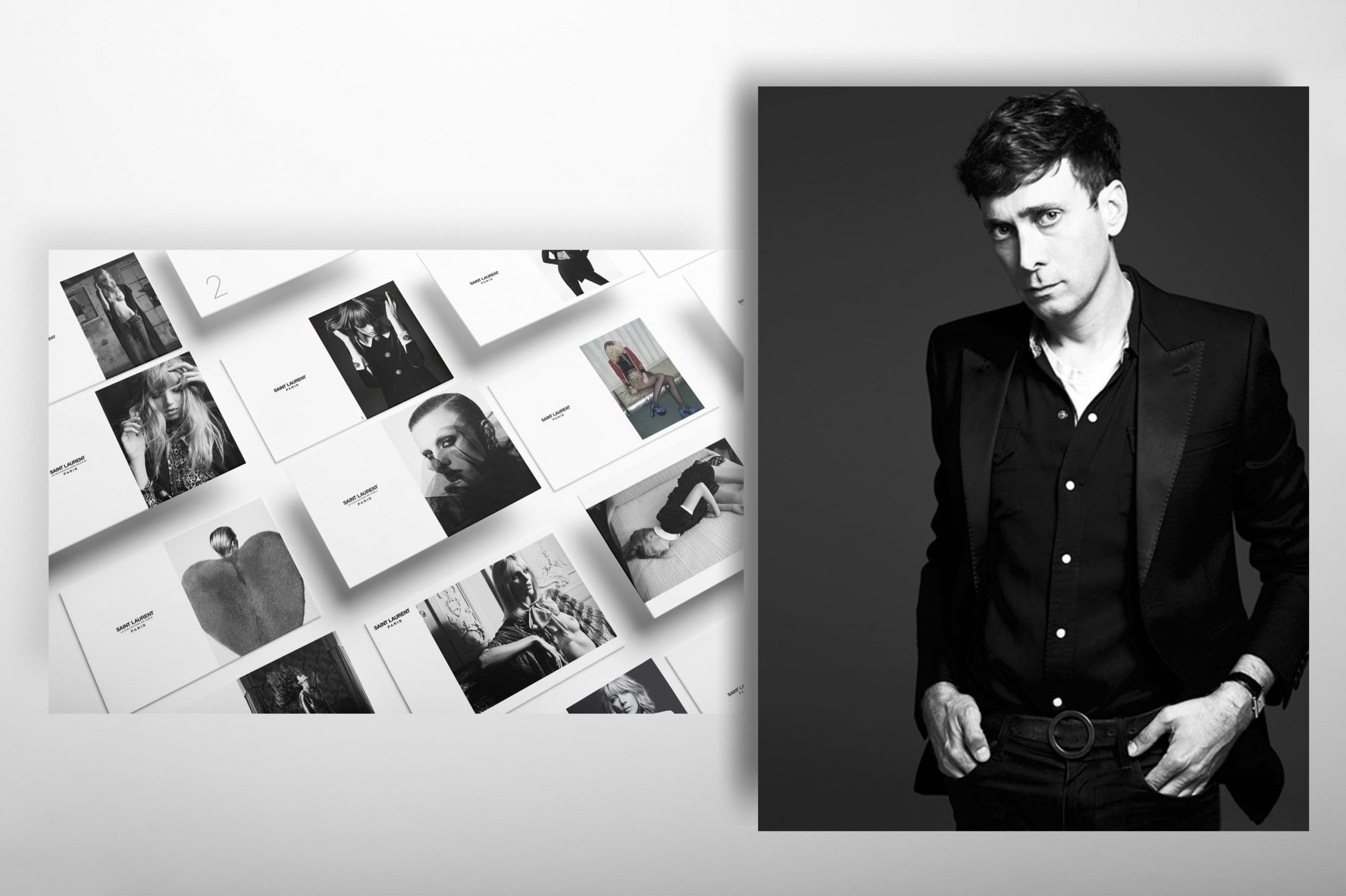 No other designer – not even Yves himself – is more responsible for the current design codes at Saint Laurent than Hedi Slimane. He had worked in the label’s menswear department in the 90’s, and was brought back as creative director in 2012 following a steady decline in sales that ensued after Saint Laurent’s passing. Slimane revived the brand by injecting a strong dose of rock-and-roll glamor into the house’s Parisian chic identity, as well as initiating the skinny silhouette revolution, and saw it all through a lens of youthful, edgy, and mysterious sensuality. He also revived the house’s couture line, and, infamously, dropped “Yves” from the brand’s name.

This spirit naturally worked its way into his ad campaigns, which were a significant departure from the diversity and street-wise eclecticism of those of his predecessor, Stefano Pilati. In his signature fashion, Slimane photographed all of his campaigns himself – and if there’s one thing his photographic style is, it’s consistent. He created a strong, recognizable identity for the brand with moody, black-and-white portraits that made heavy use of interior atmosphere and shadow. Perhaps inspired by Tom Ford, he often found some not-so-subtle (though still more poetic than Ford’s overt objectification) ways to work in female nudity.

Recognizing the power of persona, Slimane was the first creative director at the house to really invest in celebrity campaigns. He was especially interested in fashion’s connection to the world of music, and created campaigns starring iconic musicians such as Kim Gordon and Beck.

Despite his embrace of youth culture, one of the most glaring aspects of Slimane’s ad campaigns is their total lack of diversity. In his four-year archive of campaign images, every single model is white. While this pattern feels anachronistic and problematic for the time, the choice feels especially strange considering the legacy of the house’s founder. Yves Saint Laurent was one of the first houses to feel revolutionary, in no small part due to its eponymous founding designer’s celebration of racial diversity from the beginnings of his career in the 60’s. While some of Slimane’s design approach may have been progressive, his fantasy of thin, moody white people felt retrogressive and uninclusive.

When Slimane parted ways with the house in 2016, its leadership fell to creative director Anthony Vaccarello, who would have the difficult task of reconciling the house’s current image with the artistic and humanist principles of its origins.