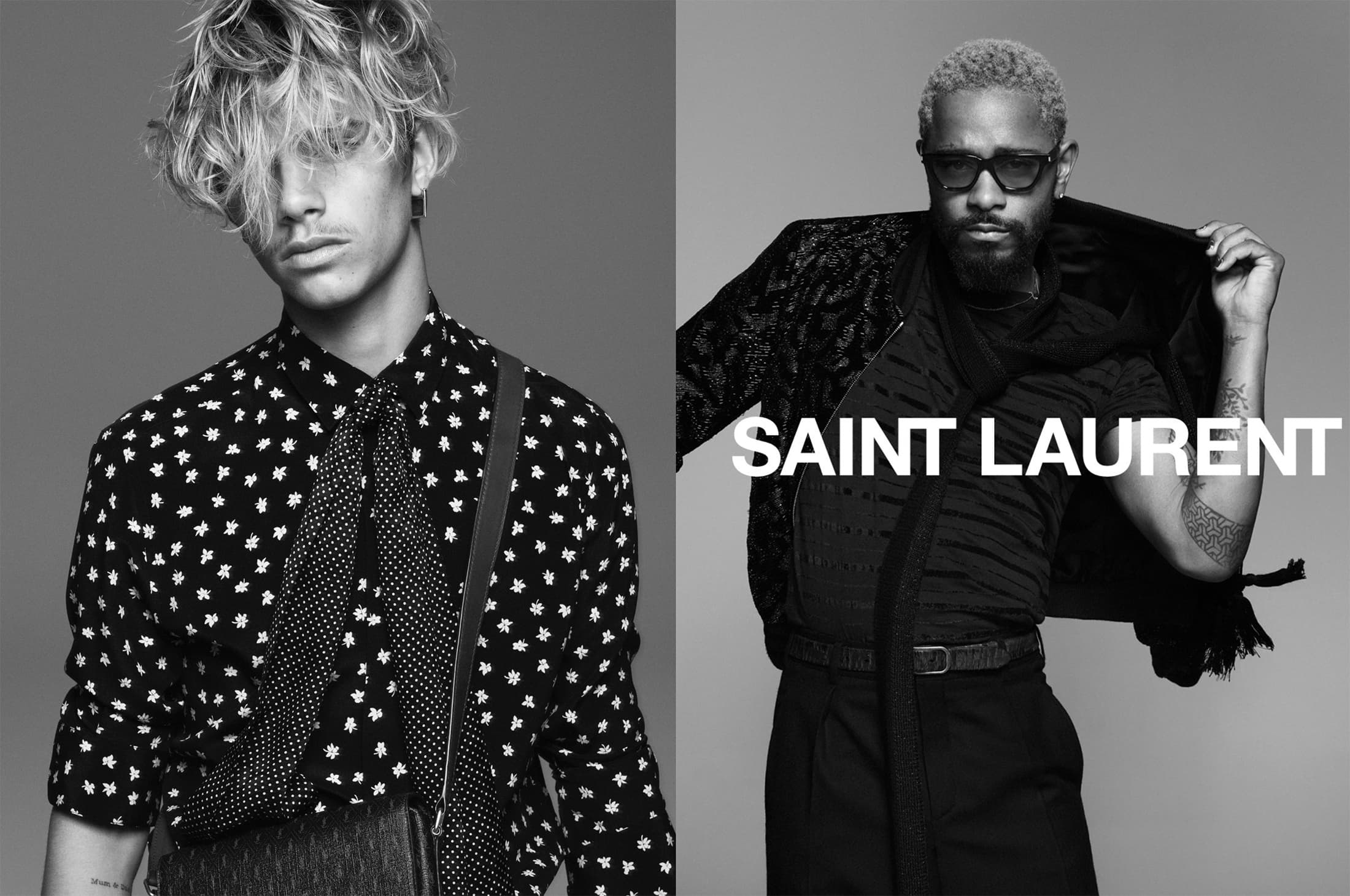 Saint Laurent shares a new men’s campaign that relies on its strong stars to serve up some rock-and-roll sex appeal. The Fall 2021 campaign was photographed and directed by David Sims.

The campaign stars actors LaKeith Stanfield and Dylan Robert alongside model Romeo Beckham. Sims captures them in personality-filled black-and-white studio portraits. A pair of videos of the two actors transform these still images in to moving portraits, with Robert’s video using the classic high-powered fan trick to augment the styling’s character of rocking and rolling sex icon.

Meanwhile, the video of Stanfield makes the most of the fact that he is one of the very few people who can really pull off a fedora.

Beckham’s moody brooding does feel a bit out of place next to the personality and power exuded by the two actors. In fact, his presence feels a bit unnecessary, and Vaccarello seems caught between doing a standard models-and-celebrities-who-model photoshoot and reaching for something more. Some more concept, color, and compositional complexity would have been welcome. We’ve seen him do excellent work with Juergen Teller for his women’s campaigns, why can’t the men get a similar treatment? It could have been nice to see its leading stars – who are actors after all – actually act.

Still, the campaign does boast crisp, strong visuals, and the personalities of its stars make up for what it may be lacking in terms of conceptual originality.